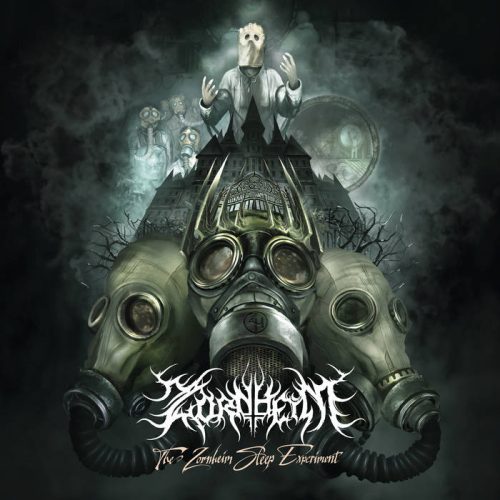 (This is the second Part of a week-long series of reviews by DGR as he tries to clear out a back-log before year-end Listmania descends.)

We do love a spectacle around these here parts, and the recent release of The Zornheim Sleep Experiment is certainly one of those. The group’s second album takes us back within their concept-album universe, guiding us into the darkened halls of a comically evil mental asylum and the psychological-horror-movie events that take place within it.

The Zornheim Sleep Experiment doesn’t step too far beyond the foundation laid by the group’s previous album Where Hatred Dwells And Darkness Reigns, but instead refines it a lot, at times aiming to be a little bit more bombastic and also allowing for a multi-pronged vocal attack to get a ton of mileage out of many a folk-metal-inspired chorus and hybrid melodeath and black metal movement. 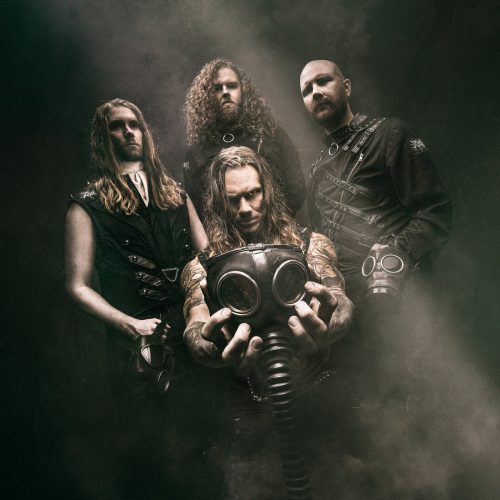 If you detect a little bit of frustrated theater-kid energy within the bounds of the Zornheym music here, you’d be pretty close, as the band are providing the soundtrack for the previously mentioned evil world that not only has them expounding upon the madness of specific characters within song form but also penning a small graphic novel to really plumb the depths of the experimentation taking place therein.

Musically, Zornheym are infectiously catchy despite the constant veil of “evil” that moves throughout each specific musical scenario, and there’s plenty of sing-song choruses to accompany vocalist Bendler’s snarl through the songs.

The tracks whip from blast-heavy movements to clean-sung chorus incredibly fast and there’s many a melodic guitar lead to accompany them. In fact, for all of the backing choir – hell, they even get their own song in the brief twenty-five seconds of “An Evil Within” – and various symphonic elements dancing throughout The Zornheim Sleep Experiment, there’s still a very strong sense that some incredibly catchy guitar leads are the true drivers behind the wheel of this bus.

While it may seem at times that certain songs exist more to build for other tracks, the way the ominous “The Revelation” builds up to “Keep Cutting”, the whole thing ties together, and the lyrics book that specifically spells out each section like a script – which is immensely appreciated given the multitude of different ‘patients” on display here – is an event to consume all on its own.

Inevitably, you’ll constantly find your way back to the opening movements though, because songs like “Slumber Comes In Time” and “Keep The Devil Away” are criminally good at clawing their way into your skull. Zornheym is an incredibly ambitous project and with the two releases the band have put out thus far you’ll certainly have an adventure ahead of you. 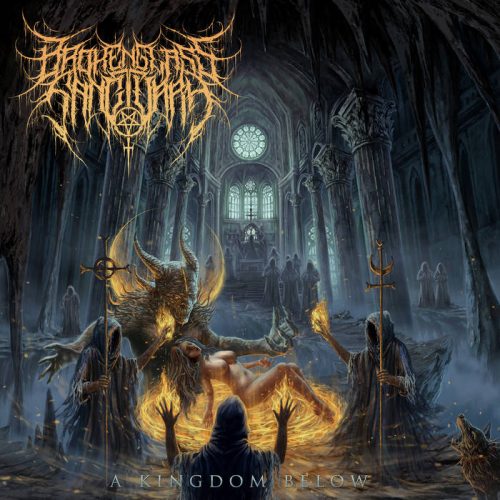 Broken Glass Sanctuary – A Kingdom Below

I have for some time now advocated for the creation of a new term for this branch of death metal, entitled ‘big dude death metal’, because I feel like every time we cross paths with a low-end-heavy, rhythmically focused branch of death metal like this, wherein thunderous chugging goes alongside the main storm of grinding guitar riffs like they’re perfectly aligned, the press photo is always four to five dudes made out to be much larger than life and appearing ‘big’ with arms crossed and band logo shirts galore.

You can almost see the throughline from many a hardcore punk band right to that style of photo. It has happened often enough that I can almost pinpoint what sort of musical genre pool the band might be proudly throwing themselves around in before getting a chance to listen. Such is the case with the Bay Area death metal group Broken Glass Sanctuary and their album A Kingdom Below. 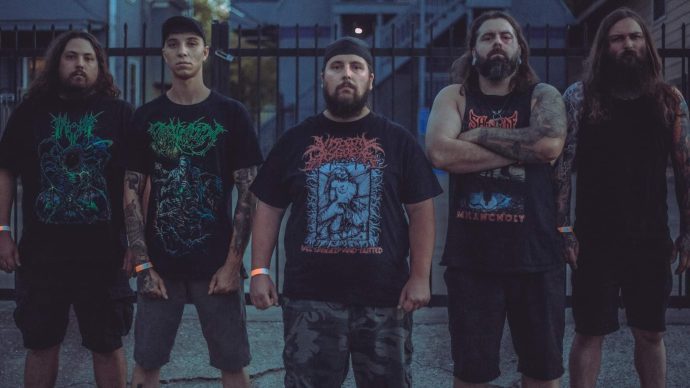 They’re a newer project, with A Kingdom Below serving as a debut for their current lineup, yet already they’ve landed themselves in the burly-dude death metal sphere with a smorgasbord of low-end-driven riff work, heavy groove, and vocal broadsides to go alongside a hammering drum section, which could see them already standing shoulder-to-shoulder with riff-apocalypse monsters like Greece’s Murder Made God.

In many ways, that’s what I want out of this particular strata of the death metal world. I want that landslide of drumming to make it feel like I’ve decided to get into a fistfight with a car, the constant thunder of the band serving as a way to mow the listener down constantly. So when I make reference to finding an album or two a year that is kind of an endless guitar-riff apocalypse – and I think I’m up to four this year – this band has found themselves among that group.

It’s music that powers you through anything by the sheer force of being loud. Broken Glass Sanctuary’s A Kingdom Below is right there. Yes, there’s definitely a deathcore influence to the band’s sound, as that style has become ever-present and just folded itself into the many arsenals that bands have used in service of the gods of heavy over the years.

The parade of guest features might’ve tipped you off there with four names – including one Drew Winter for those of the Sacramento reprobates who’ve been embedded in the music scene for a long time – among ten songs, putting Broken Glass Sanctuary within the realm of Aborted’s batting average for guest features whenever that group is feeling particularly spicy.

Broken Glass Sanctuary have the massive groove-swell down pat; if you’re looking for every song to be a small seismic event then A Kingdom Below and its demon-mythos will move a few listener Richter scales. Of the near-forty minutes the band spends with you here, there’s nary a second where the band really lets up on the bludgeoning. It’s purpose-written to just be aggresively heavy the entire time and it accomplishes that with ease.

One Response to “A DGR REVIEW ARCHIVE (PART 2): ZORNHEYM AND BROKEN GLASS SANCTUARY”