Somehow civilization didn’t collapse yesterday when I failed to post the usual Sunday SHADES OF BLACK column, though it did leave a black hole in our site for the day. I had plans for most of the day outside the house that took me away from my computer, and I unexpectedly slept in, so didn’t have time to get it done before departing.

My tentative selections for the column as of yesterday were extensive, which also contributed to my inability to get it done. I thought about cutting back the size of the column today, in an effort to make sure I got it done without further delay, but decided to hell with that. So here it is in all its humongous, twisting and turning, glory, though with only compact commentary — and divided into two Parts, with the second Part projected for tomorrow.

Dissociative Visions/Mystískaos sent out messages over the Thanksgiving holiday announcing four new releases, accompanied by music premieres. Three of those are targeted for release in February, but Hässlig‘s debut album is out now in full. Well, it’s called a full-length, but it falls just shy of 19 minutes across 8 tracks. Its name is Guillotine, and that turns out to be an evocative description; it drops, and heads will roll.

From the outset the record is ugly and abrasive, imperious and cruel, bludgeoning and bleak, from the lumbering, lurching, and screaming sensations of the opening track to the scampering and whirling savagery of the title song. After that brutish and maniacal one-two opening barrage, Hässlig don’t let up, discharging one feral, punk-and-feedback-fueled black metal beating after another, and breaking up the experience with an evil instrumental hallucination named “Suffocation”.

Guillotine ain’t fancy, but it gets the job done in mean-spirited and primally compulsive fashion. Yes, heads will roll, but heads will rock too. 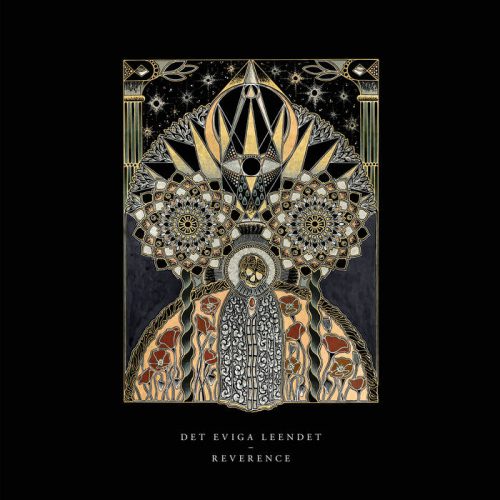 I decided to follow that opening barrage from Hässlig with the first excerpt from one of those three Dissociative Visions/Mystískaos records that’s set for release in February, and it comes from a new album by Det eviga leendet.

The soul-shattering intensity of “Retch” is breathtaking. The riffing flares like wildfire, somehow both a manifestation of frightening splendor and an exercise in harrowing emotional derangement. Even as it scorches, screams, and thunders, it seems to levitate, creating visions of the heavens in flames and ruinous turbulence and torment on Earth.

Reverence will be released on digital and vinyl LP by Mystískaos and Extraconscious Records, and on CD by Amor Fati Productions. Distributed by Dissociative Visions 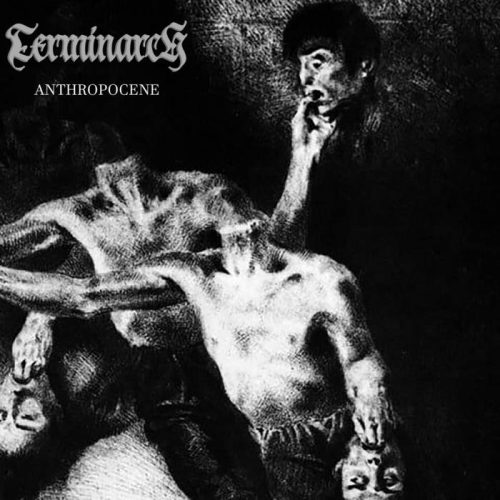 What comes next is a stream of Anthropocene, the debut album from the UK black metal band Terminarch — originally released by the band as a digital download in May 2020, then as a CD by Wulfhere Productions in March 2021, and now on cassette tape (and digitally) by UKEM Records, with bonus tracks not featured on the CD and new art and logo.

With an ethereal ambient/symphonic piece as its astral and inviting opening, Anthropocene unfurls like a grand and dreadful black banner blotting out the sun. The music has a powerful, spine-shaking rhythmic punch and the kind of screaming vocal hostility that raises blisters on flesh, but the dissonance-laced riffing comes in towering unearthly waves, both submerging the listener in their sensations and elevating the sounds into extraterrestrial planes.

The thrills in the music are electrifying, but the moods are harrowing, and even apocalyptic. The ringing guitars sometimes peal like bells, but they toll across a soundscape of desolation and despair. Really gripping stuff that, even as eerily haunting and viscerally unsettling as it is, manages to become spellbinding.

Metal-Archives reports that Terminarch is the work of only one person, which makes it all the more extraordinary.