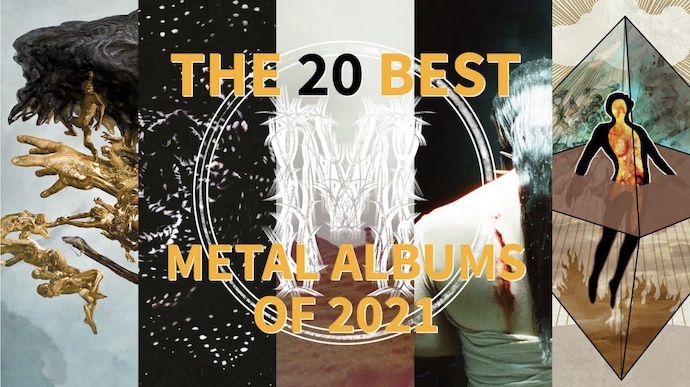 As in past years, last week PopMatters published a list of “The 20 Best Metal Albums“ of the year, again under the by-line of Spyros Stasis and Antonio Poscic. You’ll find that list below.

After perusing the 2019 version of this list one of my NCS colleagues remarked, “The PopMatters list feels MUCH more like the author actually cares about what is ‘best’ and not just ‘what our readers want us to choose’”. I thought that was an astute observation that year, and I think it applies again now.

My instinct, as before, is that this will be one of the most interesting and unpredictable lists we’re likely to see in our growing collection of 2021 lists from print zines and “big platform” web sites. It does cover a broad range of genres, some of which will not personally appeal to every reader who comes our way, but the list again appears to be the result of genuine effort and honest thought — and it dives pretty deep.

As someone who tries to keep up with what’s happening in extreme underground music, I was pleasantly surprised by how many albums on the list I hadn’t heard — or hadn’t even heard of. And I think that’s one of the values of reading lists (especially ones like this), i.e., not just providing validation for a reader’s opinion but creating tantalizing introductions to things we’ve overlooked. But this list also made me kick myself by reminding me of excellent releases I heard this year that I never got around to writing about (or at least not writing about enough), with the albums by Mehenet, Hellish Form, Oriflamme, and Dordeduh being standout examples of that.

There are also examples of validation — seeing the appearance of albums that we did praise around these parts. But what really comes through on this list is the sense that the authors really prized adventurous, out-of-the-ordinary music, and sought to challenge readers. That comes through in the (very well-written) discussions of each selection — all the way up to the whiplash you’ll get from the juxtaposition of the No. 2 album and the No. 1 pick.

7. madam data – The Gospel of the Devourer (PTP)