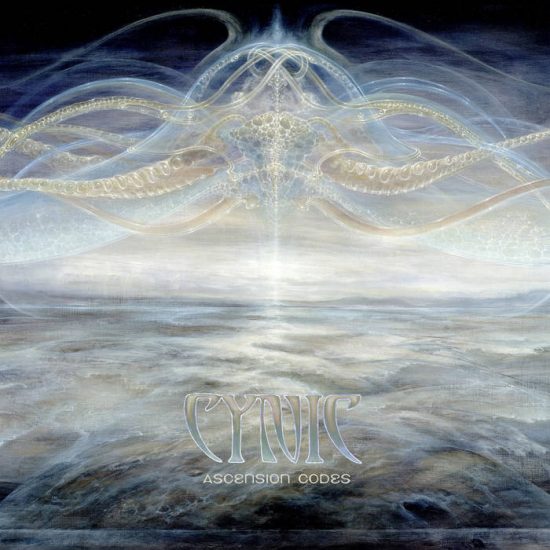 (We present Wil Cifer‘s review of the new album by Cynic, which is out now on Season of Mist.)

It was surprising to find Paul Masvidal carrying on the torch of Cynic after the death of both Sean Malone and Sean Reinert. It seems this is how he is coming to terms with it.

The tone of this album suggests he took some DMT and used aliens as his support group for this sonic therapy. Normally lineup changes of this magnitude give me pause when going into an album but a few things regarding this one gave me more reassurance, such as the fact that drummer Matt Lynch who plays on this album was recruited by Masvidal and Malone, before Malone’s death. Rather than replace Malone, the bass lines are played on a bass synth, since his style of playing was untouchable. This picks up closer to where they left off with Traced in Air as it is a return to the heavier sounds that preceded the elf-like prog of Kindly Bent to Free Us. 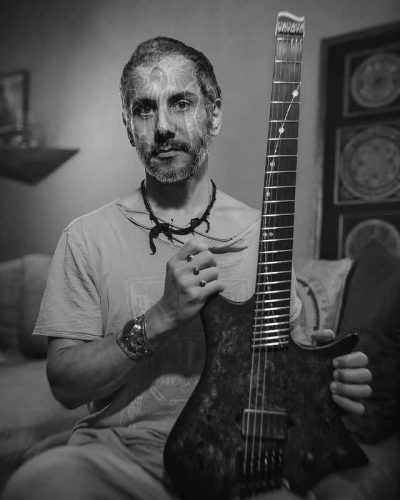 Lyrically this album is pretty powerful as it goes into a metaphysical exploration of the myths surrounding aliens. By myths I mean truth that has come down through various cultures over the years; everyone just has different words for explaining the universal truth. Cynic was never the most death-worshipping death metal band when they were more committed to death metal, so celebrating death would not be Masvidal’s mode of thinking. Instead it comes from a more spiritual angle where aliens preside over the vibrational frequencies that make death just an illusion.

“6th Dimensional Archetype” goes back to the more Traced In Air feel, and that is what I want from these guys. They do it in a way that is not stagnant and as a whole this is progressive in an almost jazz-like manner while also being the most metal thing since Focus, or at least as metallic in its attack at times as Traced in Air.

There is also a ton of very sci-fi influenced new age meditation passages through the album. While these would be great for tripping on mushrooms, it’s not something I plan on having in my iPod for a jog to the gym. They split the difference and add an instrumental jam to the third act of “DNA Activation Template”. If the song “Architects of Consciousness” is not what you were looking for when it comes to this band, then you obviously have these guys mistaken for someone else, as it delivers everything a fan of this band might want from them in 2021.

Fans of more mainstream forms of progressive metal will appreciate the fluid display of fret-board prowess shown on “Aurora”. Things get even more aggressive on “In a Multiverse Where Atoms Sing”.  To close this album they go off on a more atmospheric jazz prog space odyssey. It weaves and winds in a very majestic fashion, perhaps coming closer to the machine elf tendencies of Kindly Bent to Free Us. It overall serves the legacy well, if just falling short of the high bar Traced in Air set, putting it above most other prog that came out this year and should make long-time fans happy about the return to a heavier direction.