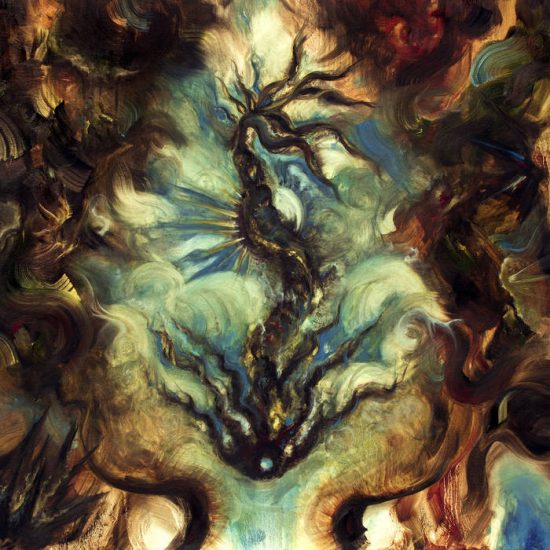 We were late in discovering the ruinous and mind-boggling talents of Pestilength from the Basque Country of Spain, having overlooked the slew of EPs and singles with which they began their career, but their 2020 debut album Eilatik changed all that. It was so eye-opening, as was the band’s Apore Flesh EP and their split with Mexico’s Reverence to Paroxysm, both of which were also released in 2020, that we’ve been hungry for the next album — and now we have it.

This new eight-song record is named Basom Gryphos, and it will be released on March 7th in a variety of formats by Nuclear Winter Records in collaboration with Sentient Ruin and Goat Throne, accompanied by the chilling cover art of Namurian Visions that’s emblazoned at the top of this post.

One track from Basom Gryphos has already emerged, and today we present another, the name of which is “Tamm“. 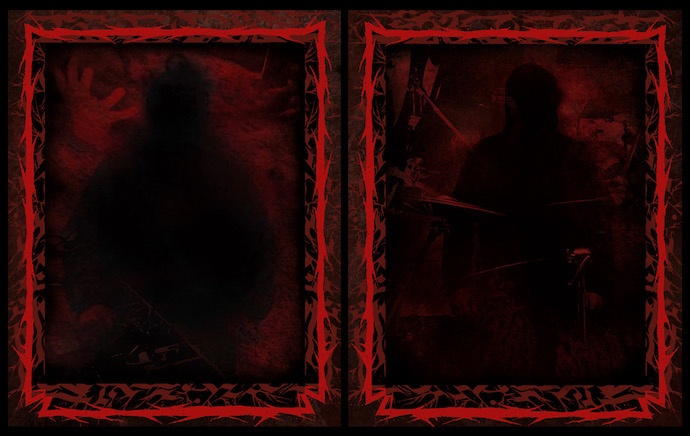 That first advance track, “Thelegm“, provided a vivid reminder of just how mind-plundering and bone-breaking the music of this duo really is.

The riffing in “Thelegm” has a deep and corrosive tone, and it gouges and brays, grinds and grimaces, creating an atmosphere of discord and horror (an atmosphere strengthened by the unhinged howling of the vocalist). The rhythmic drives of the music change, stopping and starting, pounding like a pile-driver, firing like massed mortars, and keeping this transfixing monstrosity on course with measured metronomic snare-pops. Eventually, the mania in the music subsides, and the song crawls like a wounded behemoth across a plain of skulls, trailing misery on a vast scale.

“Tamm“, the new song you’ll have a chance to discover today, is the one that opens the new album — and it does so in thrillingly terrorizing fashion. The drum beats exert a primeval grip, and the grinding, suffocating mass of riffage seems of primordial origin itself. The vocalist’s deranged howling adds to the music’s nightmarish impact, which grows even stronger as the music becomes more crazed and cauterizing — drums hammering at high speed, the guitars roiling in a frenzy, the vocals exploding in larynx-shredding screams.

The drumming inventively twists and turns in attention-seizing fashion as the vortextural guitars rise and fall in displays of brutal cruelty and savage dementia. Ecstatic skittering chords and skull-snapping beats will get you moving, but it’s one final adrenaline-triggering burst of mayhem that closes this one out.

Basom Gryphos was recorded at Eclectic Studios and it was mixed and mastered by X. The usual mix of Old English lyrics is still used in the album; such phonetics were also assisted by the lyrics on “Tephra Codex” with the collaboration of Portal‘s The Curator.