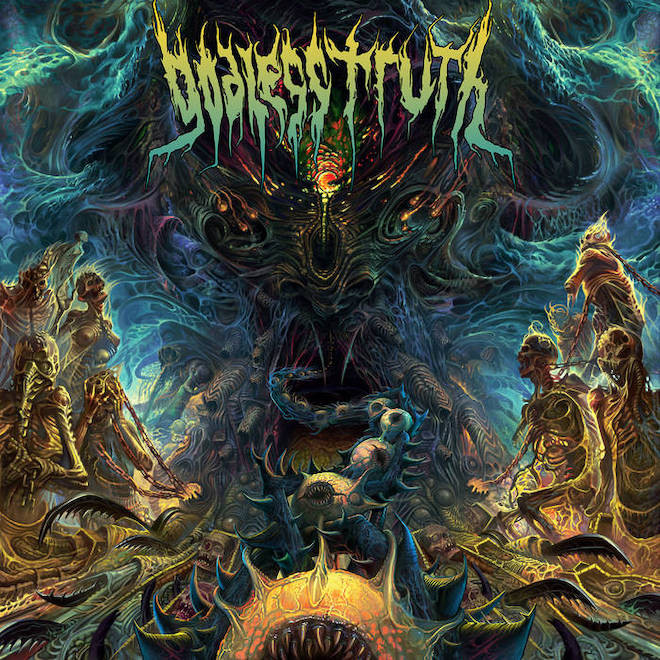 There are plenty of die-hard tech-death fans out there who seem to slather praise on any band who go fast and demonstrate the level of athleticism and dexterity that’s required to discharge thousands of beats and notes in a short span of minutes. For many other people, listening to that kind of music is an endurance contest, like trudging forward through a gale-force blizzard, head down and just hoping to find shelter as soon as possible. Even for those people, and maybe especially for those people, Godless Truth‘s new album will be a welcome discovery.

We don’t mean to suggest that Godless Truth is a new discovery for everyone. After all, this Czech band have been around since the early ’90s, and their new self-titled album is the fifth full-length in a career that’s approaching the end of a third decade. But 18 years have passed since Godless Truth‘s last album, and it’s been a dozen years since their last EP, so they may indeed be a new discovery for many.

Moreover, this new album is emerging at a time when blizzard bands have saturated the tech-death scene, many of them engaged in an ever-escalating arms race for speed and volume of notes and beats. In that context, Godless Truth‘s music is especially welcome, for reasons that are well-demonstrated in the song we’re premiering today in advance of the album’s March 4 release by Transcending Obscurity Records. 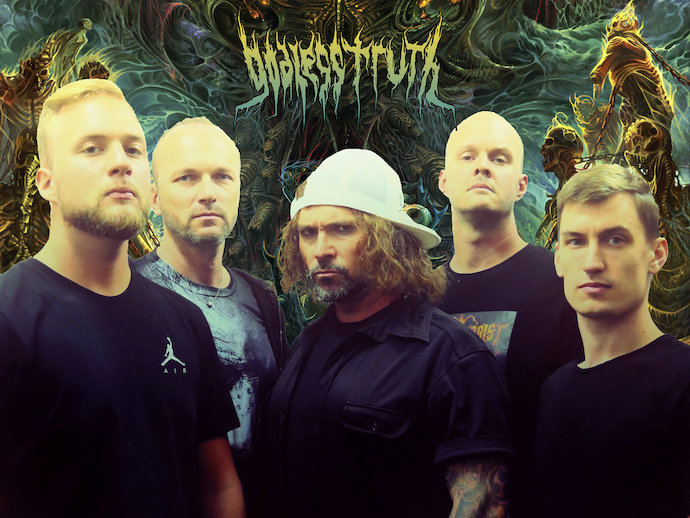 To be sure, Godless Truth do go fast on “The Eyechain“, and they amply demonstrate both dexterity and precision. But the melodic and rhythmic hooks are equally abundant and the music is engagingly dynamic. What’s more, the song sounds genuinely savage.

Stuttering riffage and vertebrate-fracturing drums open the song in exhilarating fashion, and when the bellowed vocals arrive the riffing switches between sounds of brazen blaring and maniacal skittering. Howling vocals come into the background along with crazed screams in the foreground as the music itself howls in despair, maniacally darts, and seems to scream in ecstasy.

The song’s punishing drum-grooves keep the song moving like a head-moving juggernaut, but a fret-melter of a solo and further flurries of vocal insanity keep the song’s vicious, borderline-berserk intensity in the red zone.

To quote the truthful statements of Transcending Obscurity: “Mixed and mastered by Joe Haley of Psycroptic, the album sounds refreshingly clear while sounding sufficiently nasty, and the record is furthermore graced with guest contributions from him and Rafael Trujillo of Obscura, topped off with an artwork as intricate and striking as their music”.

That artwork was created by Nauseaimage (MMiller), and it embellishes the album in many formats, as well as apparel, and you can explore those options via the pre-order links below. We’ve also included streams of four other previously released songs which are also well worth your time.