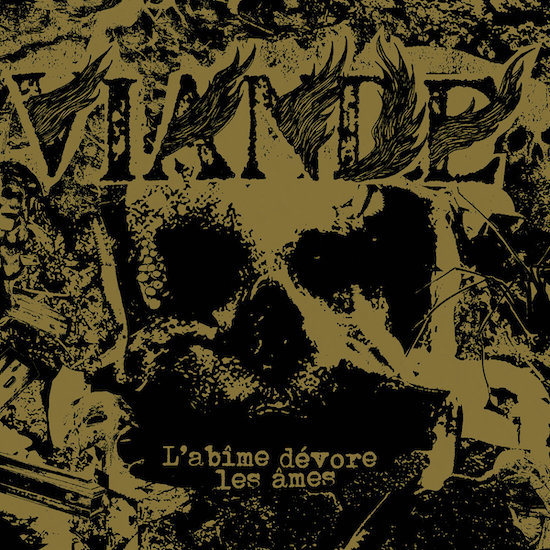 For many centuries writers, painters, and musicians have exercised their imaginations in rendering visions of “the abyss” — of horrific terrors that await the extinction of life in endless chasms from which there is no escape. For some, it lies deep within the earth, opening its giant maw to swallow what now dwells in the sun. For others it is a supernatural dimension, to be revealed when hideous powers have decided the time is right. In some instances it is a frigid void, in others a realm of monstrosities, and in some cases a term for what lies within deranged minds human bent on mayhem and murder.

The French death metal band Viande have their own visions of the abyss, revealed throughout their unnerving yet electrifying debut album L’abime dévore les âmes, which can be roughly translated as “The abyss devours souls”. As you listen, your own imagination may be kindled to envision all of the different formulations described above, none of them welcoming, all of them frightening.

In the song you’re about to hear, “Les Dents Du Gouffre“, the abyss is not an empty vacuum. Things with gnashing teeth are waiting for you in the chasm. 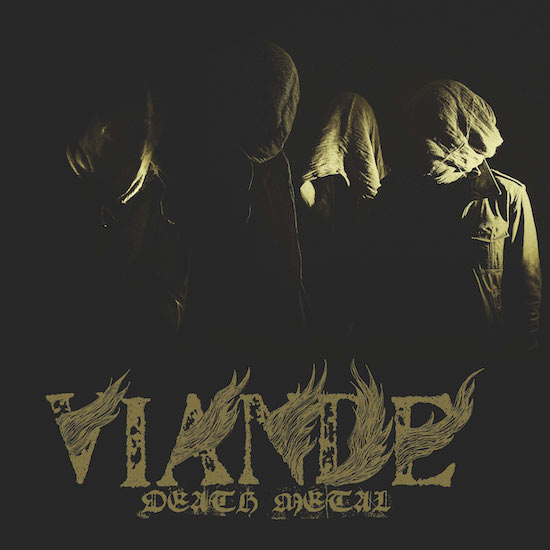 The song is atmospheric, in the sense that it creates vivid sensations of unseen and inhuman horror. Viande begin conjuring those terrors immediately, in the chilling ambient section that opens the song, and then fully reveal what has been approaching, unveiling a monster that stomps with massive force and snarls with… teeth bared. Drums ruthlessly pound and shiver, the uber-distorted riffing hammers and swarms, and a ghastly voice bellows and screams in reverberating tones.

The guitars eerily wail, moan, and bray in agony. The double-kicks rumble, and the snare clatters. The music builds in rabid intensity and begins to sound imperious as well as unhinged, but it stomps, seethes, and feeds again in tremolo’d swarms. At the end, frantically darting fretwork, galloping percussion, and diabolical vocal cacophonies emulate violent ecstasies.

Foul and ferocious, demented and doomed, atmospheric and ruthlessly assaulting, the music of Viande chills the mind and sets fire to the blood. It also inspires thoughts of other bands named as reference points by Transcending Obscurity Records, which will release the album on April 16th: Incantation, Cruciamentum, Portal, Dead Congregation, Vacivus, Fossilization, and Gateway.

Accompanied by cover art created by J-B Godefroy, L’abime dévore les âmes is available for pre-order now in a variety of formats, with apparel. Check out the options via the links below — and be sure to lend your mangled ears to the three previously released songs we’ve included in the Bandcamp player that follows the links.