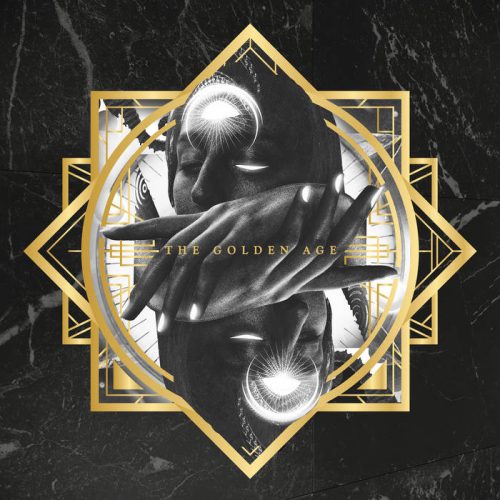 So, let me think, what do I know about Tunisia?

Well, I know it’s the Northern-most country in Africa, and predominantly Muslim, and I’m pretty sure I went on holiday there once with my parents when I was a kid… but other than that I don’t really know too much about it.

I know even less about its Metal scene, which appears to be extremely small and extremely underground, to the extent that the only two bands I’m really familiar with – Vielikan and Omination – are primarily written and recorded by the same individual!

As it turns out, Brood of Hatred main-man Mohamed Mêlki was also a member of Vielikan at one point, but has since branched out to craft his own particular brand of engagingly immersive Prog-Death, with The Golden Age (set for release this Friday) being by some margin his best work yet.

That’s not, in any way, an attempt to disparage his previous albums by any means, it’s just that The Golden Age is altogether more polished, more precise, and more powerful in its execution, benefiting from both a fuller, warmer production job and a more fluid-yet-focussed sense of structure and songwriting.

In terms of what it actually sounds like, well, there’s clearly a lot of Opeth and Edge of Sanity (along with hints of several other of the more notable early Prog/Death bands) in the record’s digital DNA, with the final product sitting somewhere between a less doomy In Mourning and/or a more moody version of perennials NCS favourites Lascaille’s Shroud.

However, while it’s not breaking any moulds (nor is it trying to, from where I’m sitting) there’s still a significant amount of verve and vibrancy to the album, with Mêlki taking great care to adapt and adjust what could have been an overly-familiar sound in order to express more of his own personality and voice.

Ultimately then, the album’s success really comes down to the strength(s) of the individual songs themselves, all of which are built around a solid core of dense, dynamic riffage and powerful (albeit programmed) percussion, but which each possess a certain unique hook – such as the epic, yet enigmatic, climax to “God Over Demons”, the subtle technical twists and turns of “Genesis”, or the title-track’s hypnotic juxtaposition of extremity and ambience – which allows them to stand out and stand on their own, with the record’s only real misstep being “Astral Projection”, its anti-climactic synth-driven finale.

I’m not going to tell you that The Golden Age is going to “put the Tunisian Metal Scene on the map”, or anything like that, but I will say that this is the sort of record which provides a welcome and much-needed reminder that the love of Metal knows neither boundaries or borders, and proves that you never really know where your next favourite band or album are going to come from.

One Response to “BROOD OF HATRED – THE GOLDEN AGE”