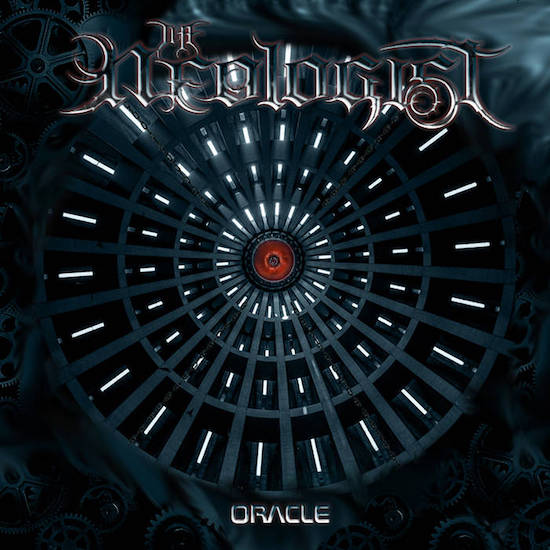 (We present DGR‘s review of the new album by Pittsburgh-based The Neologist, which was released a couple weeks ago.)

It’s probably a sign that I miss Sybreed more than anything else but the combination of neck-turning whiplash and thoughts of ‘y’know what, more melodeath albums should have an out-of-left-field techno breakdown in them’ at the same time was enough to leave my head spinning.

Yet that was only one of a smattering of thoughts that crossed my mind while listening to Oracle, the newest release from Pennsylvania-based melodeath project The Neologist – a group we haven’t really checked in with since the early 2010s. 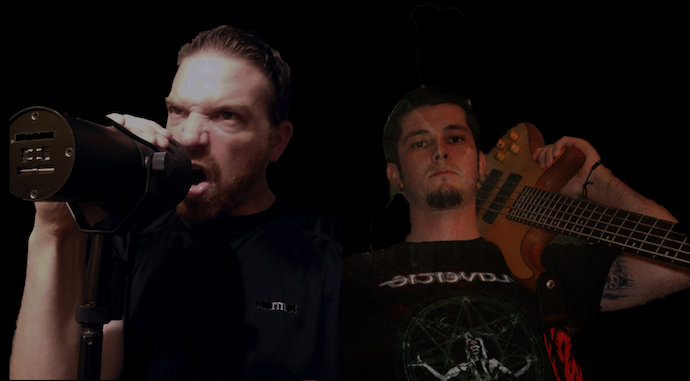 A product of time and place, The Neologist were a two-piece project that had made absolutely no attempt to hide nor play down the groups that influenced their music over the years, and at times were a heavily ambitious project when they weren’t indulging themselves with a series of a cover albums that at one point was at risk of outweighing the amount of original material the band had put out.

Now, appearing to be a project mostly driven by musician James Lewis, The Neologist have decided their newest release is to be a concept album: one playing heavily with themes of destruction of man via technology and robot apocalypse.

If you miss the concept albums of the 90s/early-aughts that portrayed the apocalypse by way of The Terminator universe, or if you were wondering what might’ve happened in the first fifteen seconds of Wormed‘s ongoing grey-goo/nanotechnology apocalypse subject-wise, then Oracle is an interesting dive.

If this is your first time with The Neologist – and given how long it’s been since we last covered them that’s highly likely – then there are a few things to keep in mind. They are an unabashed and unashamedly mid-2000s-influenced melodeath project. That means that even in the year of our apocalypse 2022, they continue to hybridize a lot of American metalcore with the early 2000s melodeath scene.

You only need to glance at their list of cover songs over the years to understand this, as it’s almost a murderers’ row of the two-step guitar riff: In Flames and Soilwork both feature prominently for the band; Disarmonia Mundi and Dark Tranquillity are also heavy hitters; and they’ve had no problem tackling groups like Insomnium, Fear Factory, and Deadlock in about equal measure… and yes, Sybreed has also popped up from time to time.

If nothing else, apparently The Neologist crew were big fans of what I was listening to during my marathon Unreal Tournament and knifeball in Black Hawk Down sessions while I was in high school.

Oracle is unlikely to change any initial perception that all those name-drops might’ve given you. James Lewis plays to a lot of The Neologist‘s strengths during his time on Oracle, and that means you get a chunky fifty-five minutes of music, all done at about a healthy mid-tempo filled with power-choruses and synth work to build up the story of annihilation taking place throughout.

Even if some of the songs appear long at first blush you have to keep in mind that often times there are sampled – or even acted-out – bits of said story at those points too. Most of the music on Oracle is a digestible four-to-five minutes otherwise, with only three outliers being in the six-minute range.

It’s a little lumpy at first, pacing-wise, as Oracle goes from an instrumental opening to a pretty hard-driving first song in its title track, before the aforementioned “Aeon Nova” – which contains the hefty techno breakdown after the song picks up the baton from the title track and runs with it. After those lurching first steps though, Oracle levels out with some of its heavier tracks.

“Manufactured Skies” and “The Factions Of Blood And Steel” are two songs punching well within their weight class. “Manufactured Skies” is built upon a double-dose of heavy bass roll and apocalyptic guitar lead, which helps to break things up a bit after the slow-groove and death metal hybrid of “Reality Stasis” before it.

It’s also no coincidence that both songs open on ambient keyboard mood-setting, which does become a commonly used maneuver on Oracle. “The Factions Of Blood And Steel” stretches the band’s wings a little bit as it’s a little bit more epic in scope, but it’s also one of the weightier tracks on Oracle so it runs a tad long. Especially when you’re waiting for the song “Sentinels” to follow it.

“Sentinels” is a personal highlight but it’s also the rock-crushing brutality-filled death metal song of the mix. Even in the bigger chrous moments of the song, the music behind it is a basic stomp, so that the dynamic of the song is always erring on the pit-crushing heaviness in comparison to the rest of Oracle.

It might not even be a stretch to say that it seems like there’s a little bit of Mechina influence working its way into the band’s style in the back-half of this album when you hit songs like the four mentioned here, one-after-the-other.

The Neologist have been an odd entity over the course of their career. They’ve been an ambitious group and at times have even had some interesting names join them along for the ride – Jon Howard of Threat Signal/Imonolith joined them for a song on their Coming Full Circle release – yet have had an equally hard time finding a way to get their name out there. They’ve always released their music as a name-your-own-price on Bandcamp too, which has gained them a small collective of followers.

Oracle isn’t too much of a shift from the group’s overall sound as it has always existed, but it’s definitely a release that feels like the band are existing in modern times – you’ll recognize the flair of current metal trends throughout – and it adds to the story that The Neologist are trying to tell here.

Oracle doesn’t provide a clear snapshot of the future for the band but it does show the group are still capable of writing catchy and heavy music and there’s value in that, especially as a break from all the ceaseless brutality and technical showmanship – which I won’t lie, I love tremendously – that the metal scene is currently making its home.