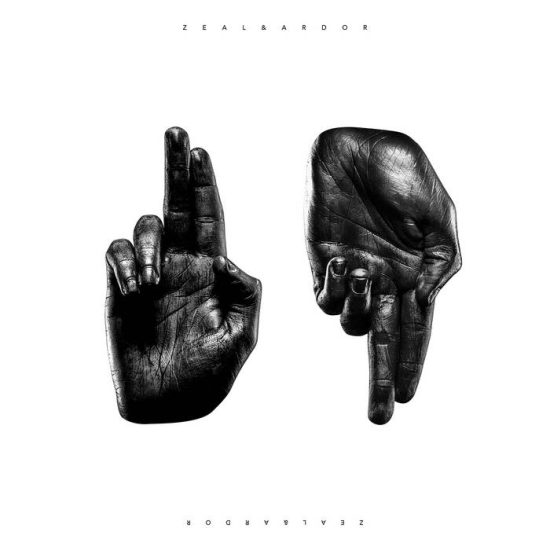 (Our friend Gonzo has shown up with reviews and streams of four February 2022 releases that hit the spot for him.)

February. What a dull, useless month.

That’s what I’m telling myself, anyway, to justify the fact that the end of this month ambushed me, causing this column to be late. As long as we’re assigning blame, my day job is also a culprit.

Enough of that, though. This month saw the release of some albums I can’t stop listening to. And many of them were a complete surprise. 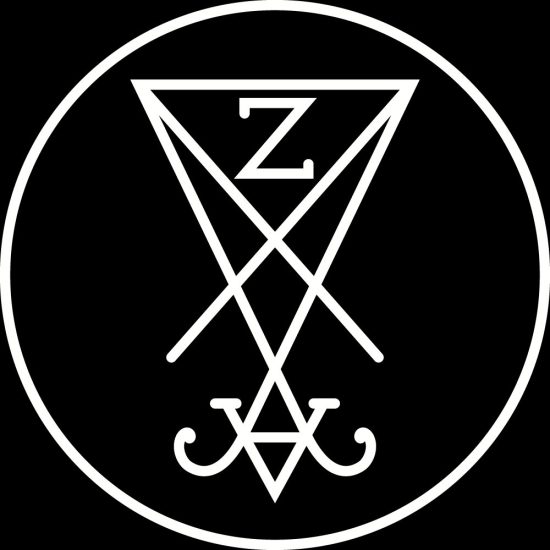 It seems like this band is everywhere lately, as frontman and mastermind Manuel Gagneux’s face has been all over magazine covers alongside the promotion of his band’s new self-titled release. Late last year, I caught their set supporting Mastodon and Opeth, in which they played a few then-unreleased tracks from this album, including “Death to the Holy” and the hyper-infectious “Church Burns.”

As a whole, the album holds up to hype. It’s a creative, multifaceted piece of music that stretches the boundaries of metal – just as their previous releases have done so well. The aforementioned two tracks are absolute standouts and rank high in the annals of Zeal & Ardor’s accomplishments so far. On top of the “black metal-meets-evil gospel” sound they’ve become the unlikely heroes of crafting, I hear some blackgaze-influenced passages (“Emersion”) that remind me of Alcest, and some bone-shaking heaviness that goes a step beyond what they’ve done in previous albums (“Run,” “Erase”).

Instrumentally, the album comes across as meaner, darker, and more visceral. There were definitely some of those moments on Stranger Fruit (my #1 album of 2018), but those moments are explored more fearlessly on this self-titled affair. At times, the harsh vocals and blast beats seem just a tad forced, but when you’re combining the disparate genres that Zeal & Ardor weave together, there’s almost bound to be times where it might not sound as… natural?

Either way, if tracks like “Bow” don’t send chills up your spine and incite the need to throw a Molotov cocktail through an oligarch’s window, you might want to check your pulse. 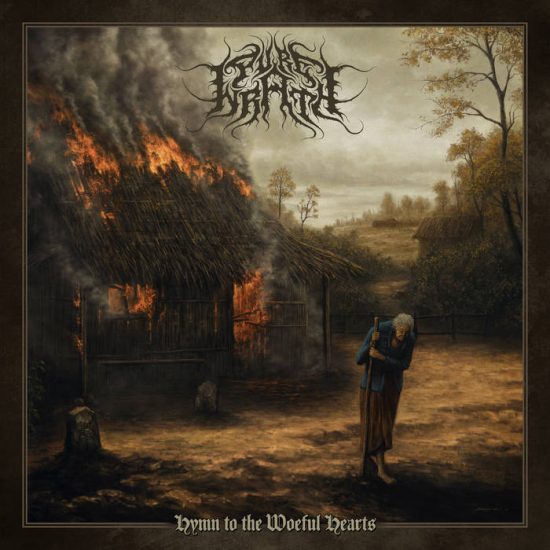 Indonesia’s one-man atmospheric black metal outfit has returned with another breathtaking opus. It’s not often that many of us hear much about metal bands from Indonesia, much less one that features a man with the caliber of multi-instrumental chops of Januaryo Hardy.

Opener “The Cloak of Disquiet” bursts into a tremolo-driven bombast after a deceptively peaceful acoustic opening, with Hardy’s throaty growl looming menacingly throughout. The song takes multiple Emperor-like twists and turns, reinventing itself an impressive number of times through its eight-minute length. As mind-bending as “The Cloak of Disquiet” is, though, it only lays the groundwork for the rest of what you’ll hear on the rest of it.

“Years of Silence” follows, with its white-hot blast beat wasting no time in charging out of the gates. Hardy continues to find ways to milk every last drop of creativity from each of the six songs on this record and has a keen sense of when to keep going with one idea without wearing out its welcome. Case in point, the clean singing passage halfway through “Years of Silence” provides a new layer of depth before returning to the howling and blast beats.

The rest of the album packs an emotional wallop that’s impossible to ignore. “Presages from a Restless Soul” and “Footprints of the Lost Child” are simply breathtaking, and the woeful dirge of the closing title track leaves me feeling like it’s the perfect way to bring this beast of an album to a gentle close. 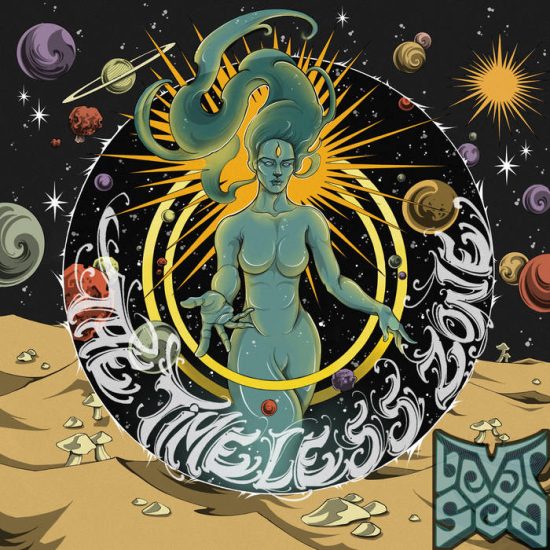 Imagine the riffs of Trouble with Killing Joke’s Jaz Coleman on vocals and you’ll get a decent idea of what India’s Bevar Sea sound like.

Infectious stoner metal grooves, lyrics about the metaphysical, and a gruff-yet-decipherable vocal snarl make up this addicting release from these Bengaluru rebels. I especially love the bass groove that’s ever-present within each track, but most notably with “The Circle,” a nine-minute sonic journey into an alternate realm. And the slow swamp monster crawl of “Sterilize the Divide” recalls a hint of Crowbar in their prime.

While The Timeless Zone only has five tracks, there’s a surprising amount of depth to each one. Stoner and doom metal definitely lend themselves to some drawn-out song lengths at times, but Bevar Sea have proven they’re not just going to drone on without any attention to quality. This album came out a few weeks ago and after more listens than I can keep track of, I’m still discovering new elements and subtleties all over the place. The furiously catchy riffs of “The Circle” will stand out to you first, most likely, but so will those of monolithic closer “Cadaver Awake.” The latter has some lyrics that teeter on the edge of cheese but they fit the bill nicely either way. 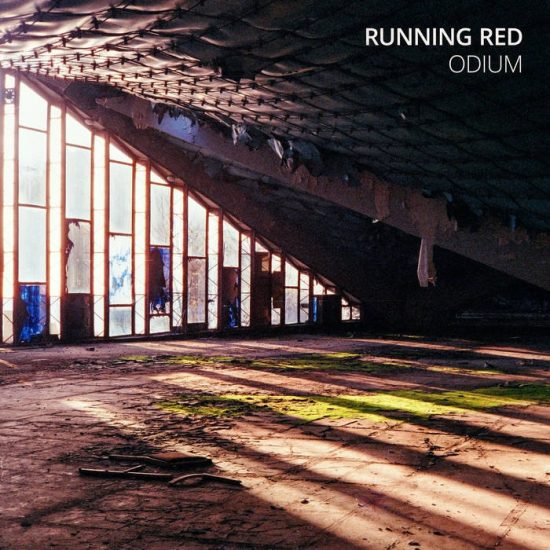 When I was digging around for some albums to add to my list of potential additions for this month’s column, the Bandcamp bio of Warsaw’s Running Red caught my eye:

“Groovy rhythms and hardcore aggression with a hint of psychedelia.”

Well, shut up and take my money, Running Red.

Turns out I couldn’t have penned a more accurate description for these Polish maestros. There’s no shortage of atmosphere on Odium; one minute I think I’m listening to Cult of Luna and then the music shifts to a more Mastodon feel – and that’s just the opening track.

“Odium II” sees the band morph into its all-guns-blazing heavier side, evoking that hardcore edge they so accurately described in their bio. The band wield it the way a demolitions crew wields a wrecking ball – destructive riffs that hit rhythmically, but incrementally. Eventually, the second half of the song unleashes the full fury of what Running Red are capable of, and it might make you wonder why you might not have heard of these guys before.

The psychedelic side rears its head during “Homo Erectus,” cascading into a sludgy, unpredictable lurch. At this point in the album, the music becomes hard to categorize beyond “Polish and heavy as fuck.” Whatever it is, I’m here for it.