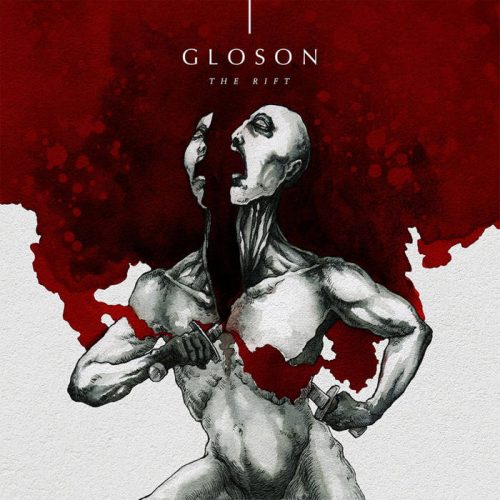 (Andy Synn descends into The Rift, the astonishing new album from Sweden’s Gloson)

Let me ask you something… what is it that makes one album, or one artist, better than another?

It’s not a question with an easy or simple answer, I know.

There are some people, for example, who seem to believe that being more accessible – more listenable, more likable, more relatable – is something that inherently makes an artist/album better, as their music is now capable of appealing to a wider audience.

On the flip-side of this, though, there are also those who affirm that becoming more challenging, more difficult, more complex – in any of a variety of different ways – is the only true way to keep getting better as a band.

Ultimately, of course, it’s all somewhat subjective, and each of us will have a slightly different set of criteria, a different suite of sensibilities which need to be satisfied (or not), in order to make that judgement for ourselves.

So when I tell you that The Rift, the second album from Swedish quartet Gloson is by some margin the best Post-/Sludge Metal album I’ve heard so far this year – surpassing even Cult of Luna‘s fantastic new record (a statement which I’m sure will inspire much shock and consternation amongst many of our readers) – chances are that some of you will believe me, and some of you won’t.

But that’s fine. Because it’s still true either way. 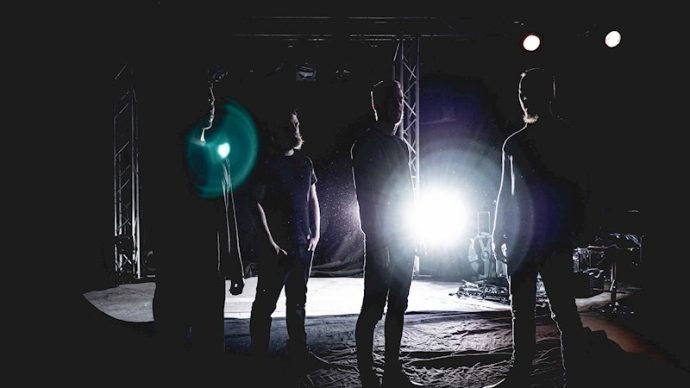 To be perfectly honest, the fact that this album is as good as it is really shouldn’t be too surprising.

After all, we’ve been singing the band’s praises ever since the release of their first EP, and always knew they had the potential to produce something truly, unquestionably great (not that any of their previous releases have ever been anything less…).

But it’s still slightly astonishing to hear just how mightily the band have surpassed themselves here, whether that’s in the form of the choking gloom and churning, doom-laden riffs of “Windbearer”, the implacable momentum and claustrophobic aurora of “Impetus”, or the ominous, oppressive ambience and gargantuan gravitational pull of “Cerberus IV” (arguably the best song on the entire album, though we all know by now that concepts like “best” are firmly in the eye, or ear, of the beholder).

That being said, it actual took a couple of spins for me to fully grasp what it is that makes The Rift such a major step-up for the band, as while it’s initial impact is undeniable – humongous opener “Stygian and Aberrant” drops riffs like calving icebergs, while “Tirsa Vassals” actively seems to get heavier and more intense the longer it goes on – this is most definitely an album which doesn’t necessarily reveal all its secrets and inner workings straight away, but instead demands – and rewards – multiple listens in order to unlock everything it has to offer.

Nowhere is this more apparent than during the album’s thirteen-and-a-half minute finale, “Ultraviolet”, a moody, melodic slow-burner which on its own would perhaps give a very different impression of the band (and the album) but which, taken in context, serves as an unexpectedly perfect coda for for an album which needs, and deserves, to be heard in its entirety in order to be properly appreciated.

Of course, you don’t have to just take my word for it, as The Rift is set for release this Friday, which means there’s not long to wait until you can all make up your minds for yourselves about where exactly this album falls in your personal rankings of the year’s best and brightest.

From where I’m standing, however, this has most certainly re-set the bar for 2022. And only time will tell if anything else can match it.

One Response to “GLOSON – THE RIFT”