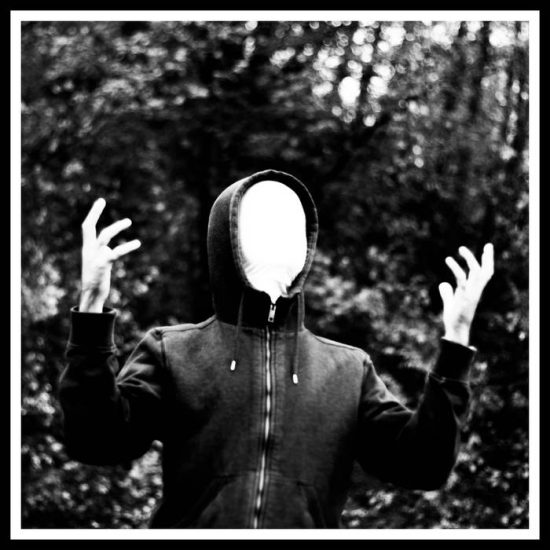 Music videos can be entertaining to watch when they are well-made, even when they don’t have any deep connection (or sometimes any connection at all) to the music they accompany. But in those rare instances when they do connect, each aspect of the art can enhance the other, the sights and sounds intertwining to create a more powerful and emotionally involving experience than if each were experienced separately. We have one of those rarities to share with you today.

The song is “Lake of Memories“, and it brings the listener to the culmination of a story that unfolds across the fifth concept album created by the Serbian experimental black metal project MRTVI (that genre description isn’t really adequate, but it would be equally inadequate to concoct some other short-hand descriptor). Entitled The ExiZentialist, the album is now set for release on June 14th by Life Is A Dream Records.

All of MRTVI‘s albums have been rooted in the experiences and thinking of their solo creator, Damjan Stefanović, but this new one is even more autobiographical, inspired by his own experience of being uprooted long ago from his homeland, transported for many years to another country (the UK, where he began MRTVI), and much more recently returning to the country of his birth. 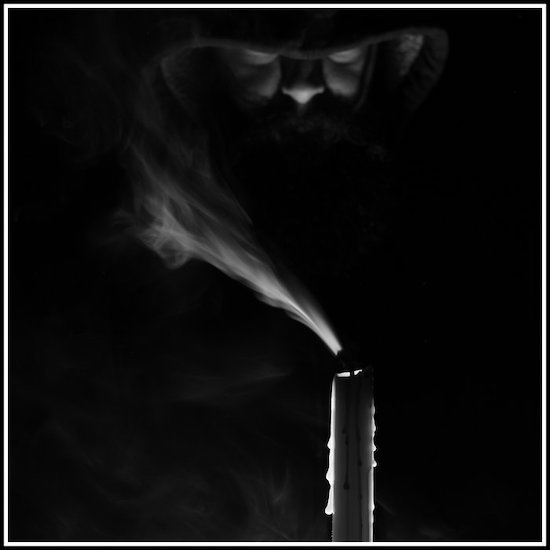 We asked Damjan to share his thoughts about the album, the song, and the video (which he shot and edited himself in and around Belgrade), and he did that in extensive fashion. Those thoughts are well worth reading, especially if you are drawn into the imagery and the music in the “Lake of Memories” video, and we’ve included his comments below. They deepen the impressions created by the sights and sounds, as do the lyrics, which we’ve also included below.

The song’s mercurial, winding path is surrealistic and also jolting. It includes abrupt stops and starts, explodes in feverish, electrifying frenzies of fury, wanders in seeming confusion and despair, and drifts away into feelings of nightmarish tension. The vocals are also multi-faceted, ranging from guttural spoken words to scorching screams, from fervent singing to frightening whispers. As you’ll see, the visuals are gripping in and of themselves.

We’ve added the usual links here, but encourage you to continue reading, and to take in both the song’s lyrics and the commentary by MRTVI on the new album, the song, and the video.

Your children are fleeing the nest that you’ve built,
Or rather, neglected, no remorse or guilt,
For the tree that once gave comfort and shade,
Has now to your children a future forbade,

Deluding yourself, imagining fear,
Placing the blame anywhere but here,

BUT YOU DO NOT CARE

BUT YOU DO NOT CARE

Are the leaves on the trees brothers and sisters?
Do they hear each other when they whisper?
When the wind blows through do they feel moved?
And when they sing are their sentiments true?

Where are the people who care?

The ExiZentialist is the 5th MRTVI album. Again a concept album, although this time it is not directly related to the previous releases. The previous 4 albums were made within 3 years of each other and shared a sound, creative approach, production aesthetic that I felt was necessary to convey the mood and atmosphere I was trying to create.

This time around I’ve gone for a slightly cleaner, slightly less hectic production. There are still lots of layers and sounds, however I tried to separate the textures across different instruments, and to add more keyboard layers and effects to take the place of the ‘necro’ or ‘lo-fi’ highly distorted approach of the previous albums.

The concept of the album is centred around the main character, The ExiZentialist. In essence, he is the character whose subjective first-person experience was explored in the first trilogy of albums, however this time I tried to expand on the concept from a different angle.

On one level, it is much more autobiographical, telling the story of my life as it was impacted and affected by the situation and world I was brought into.

On another level, it is a commentary on my memories and experiences and impressions of the country of my birth, moving away at a young age, and ultimately the feeling that I could not accept this other world that I’d spent 2/3s of my life in. The deep spiritual, emotional and psychological need to (re)discover, albeit as an outsider, my roots, origin, and that part of my life and psyche that I had been physically and emotionally
removed from.

The song “Lake Of Memories” is the second to last song on the album. It is the culmination of the story.

The lyrics deal with the feeling that something beautiful and pure, with an unexplainable level of potential, could be destroyed, sold, and ruined by people and forces who hold no thought for the future or the impact of their actions on others.

It is about how the impetuousness of rhetoric can blind people to the reality in front of them, how the momentum of emotion can push events into motion the effects of which cannot be clearly foreseen. And how these effects will push the younger generations away, destroy their faith, belief, and connection to something that they are by definition a part of.

The words in the first half of the song are probably some of the angriest lyrics I’ve written, while those at the end are some of the most poetic. Do the leaves on a tree understand their inherent connection, or do they see their existence, and the effect of the wind moving through them, as purely individual and separated?

I was planning to release the album later in the year. I really REALLY don’t want to be THAT fucking guy… but with the events in the world as they are, my own lyrics came back to me…

It’s a tragedy to watch humans embrace the illusion of separation and destroy their own futures… I saw it happen in my country, and 20 years later it’s clearer than ever, it’s the people who suffer the rhetoric of greed and emotion…

The lyrics on the whole album, I think, walk the line between the most angry and emotionally intensive, and poetic and philosophical, that I’ve ever written. I’m really proud of the lyrical content on this album. I managed to achieve something that I hadn’t on previous MRTVI releases, although I guess those were more spiritual, occultic, oftentimes written in one go, almost in a trance.

The song itself was actually the second song I wrote for the album. Along with one other song, it was written a little while after finishing the previous album. For that reason, it’s probably one of the more clearly Black Metal influenced songs on the album.

I would say the album is generally in the vein of previous releases in terms of being dark, diminished, and atonal, but with more melody, more succinct arrangements, and more thought put into the overall flow of songs, rather than 10-15 minute movements… In some ways I guess it’s a prog album hahahaha….

I then didn’t make any MRTVI music for about 2 years. One song was written years ago and never used anywhere. The rest of the album was written and recorded entirely in 6 weeks in the summer of 2019. I worked from about 2pm until 5/6am every day for 6 weeks. I had to force myself to stop when the sun came up, so that I could sleep and work again tomorrow. It was the height of summer, 35 degrees Celsius, and with all the equipment in the studio it was hot! I was drinking 10-12 litres of water a day.

As for the video, 90% is footage I shot when I moved to Belgrade. Some was shot a couple years later. As such, the city doesn’t look much like it does in the video anymore. The whole section with the trains and railway line, that place doesn’t exist anymore. It’s all been rebuilt.

That was also the place where a migrant camp was, circa 2016, which I walked around in, seeing 1000 or so migrants in the defunct railway station buildings and meeting quite a few of them. That’s a story for another time though…

The video is the view of someone experiencing things in their clear immediacy, which gets lost when a person get’s accustomed to a place, an atmosphere. I had the motivation and the desire to get creative in a new place, and in some ways I think that it worked in my favour that various editing programs and laptops crashed, and that I had a few years to forget the material I’d shot. I got to edit with fresh eyes, and a lot of the footage I’d forgotten to be honest.

The main influences I guess would be people like Bela Tarr, Tarkovsky obviously, maybe Angelopolous, maybe a little Malick, although they’re not so dark…

Anyway I hope you enjoy it, and thanks once again to No Clean Singing for the premiere and the support!