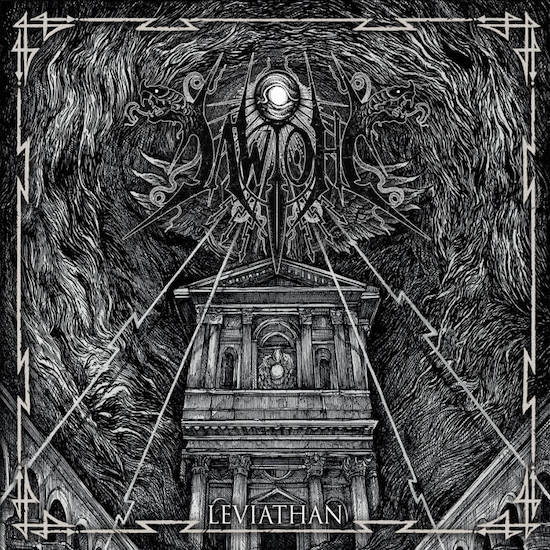 Seven long years after the French extreme metal band Dawohl erupted with their first EP, they are now returning with a debut album named Leviathan that will see release on April 22nd via Dolorem Records — and in a word, it’s stunning.

On this new album Dawohl draw upon well-springs of inspiration from both black and death metal, uniting them to create brutal and barbarous assaults that as ferocious as unchained demon wolves and as exhilarating as the thought of being chased by them. Not for naught does Dolorem Records recommend the album for fans of Zyklon, Hate Eternal, and Arkhon Infaustus.

We have a prime example of the heart-racing qualities mentioned above, and others, in the explosive album track “Institutionalized Hatred” that we’re premiering today. 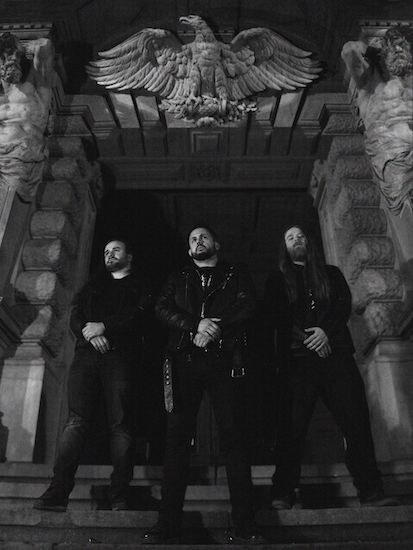 With no prelude or warning, Dawohl go on a blazing and technically impressive attack in this new song — drums battering in a high-speed frenzy, guitars roiling and writhing in a vicious swarm, and a voice roaring and screaming like a maddened beast. The drumming and riffing remain unchained throughout the assault, but while utter madness is the dominant sensation, the band interweave punishing grooves, neck-snapping snare patterns, and bursts of terrorizing grandeur.

The guitar-work is so fiery that it’s nova-like in its maniacally darting and incinerating intensity, drenching the senses in sounds of storming chaos and violent splendor — enough to leave a listener gasping by the end.

Lyrically and through the album’s illustrations, Leviathan portrays “an amoral dystopia where individuals are shaped in their flesh as well as in their minds to serve the purposes of a higher entity that they have even created: the State”. The texts have their roots in fictional works such as Brave New World by Aldus Huxley, but also in philosophy and sociology, including Thomas Hobbes‘ famous book Leviathan, which inspired Dawohl‘s album title.

The talents responsible for the album are:

Leviathan was mixed and mastered by Frédéric Gervais at Henosis Studio (Creeping Fear). The album features cover art by Business for Satan (Svart Crown), and Dolorem Records will release it on CD (with a 12-page booklet including all lyrics), gatefold LP vinyl, and digital formats. Along with useful links we’ve also included a stream of the previously released song “Telos – Immanent Orthogenesis“.