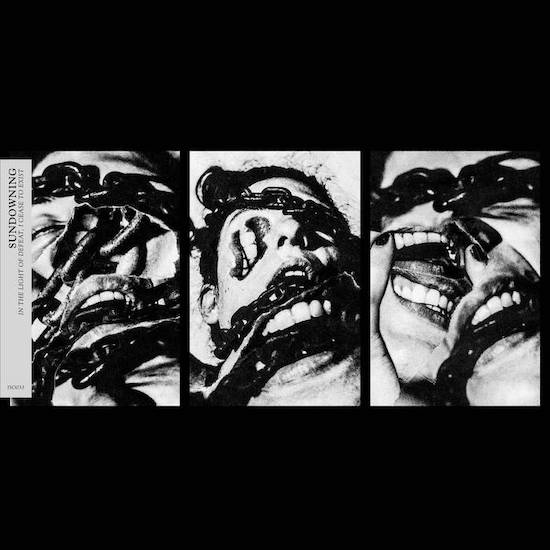 (Wil Cifer reviews the first new album in a decade by the German post-metal band Sundowning, which is out now via Isolation Records.)

In today’s bleak world I have taken to leaning into that feeling of impending doom. Whatever you resist persists, so in seeking to cocoon myself in sonic darkness as the soundtrack for the road the world is going down I found this German band. Their hymns of hopelessness are a perfect fit.

They meet at the crossroads of doom, sludge and sometimes death metal. Less of the crust-punk recklessness sludge evolved from and a darker, more mournful sound. This sentiment leads them in more of a doom direction most of the time. Guitars weep against the pounding the rest of the band bring, while the vocals stay in more of a hypnotic chant. Though when the instrumentation ebbs back, growled vocals shift the narrative tone. 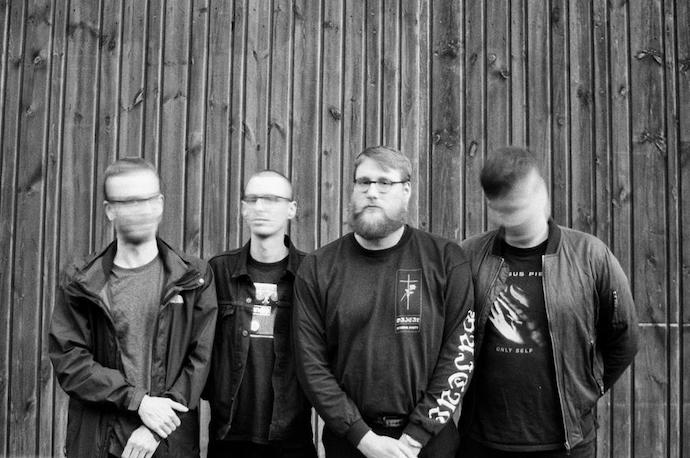 The second song “Imminent Ache” brings the more feral pounding of death-doom. Not bathing as deeply in the atmosphere until the entrance of a weird vocal part that reminds me of Leonard Cohen.

Two songs in and it is clear they draw from a wide range of colors. Most of them have a drab rainy-day gray to them, but shaded in varied impressions of torment rather than the more overt anger that colors most metal when it gets confrontational. A passive loathing is more what the most tormented of snarls seeks to express.

“A Prison, A Cage” starts with a more thundering stomp, before it soars off into the ambient expanse of haunting melodies that brings the last album from Woods of Ypres to mind. In some part due to the vocals being sung in a lower baritone than they were on the opening track

The more listens I gave this album the more my appreciation for the atmospheric guitar tricks that abound grew. Subtle nuances in play show an impressive attention to detail in how these songs were constructed.

The only moment of the album I felt might have been better left edited out is the turn to a more abrasive noise in “Armour of Indifference”. It is more of an experimental interlude than a song that measures up against what they have done on the rest of this album. Given that this creates almost a Swans feel, you would think I might enjoy the noise moments more, but I feel the band are perfectly unnerving in their own way when sticking to actual songs.

For what they are doing here it is impressive that these songs all manage to stay under the ten-minute mark, so they are never droning you to death. The last song lingers in the atmosphere. Of course when they build it up into a pounding that is more sonic than metal despite the growl of the vocals in the distance it is hitting my sweet spot.

This is the most sludged-out moment on the album, as it is big and apocalyptic rather than despairing. They do not relent in this attack, which is fine in the context of the album. The slow burn at the beginning of the song pays off.

An album almost for anyone who is looking for doomy music which hits that sweet spot of being just as sonically heavy as it is metal. If that’s what you’re after, then this might be the album you have been waiting for.