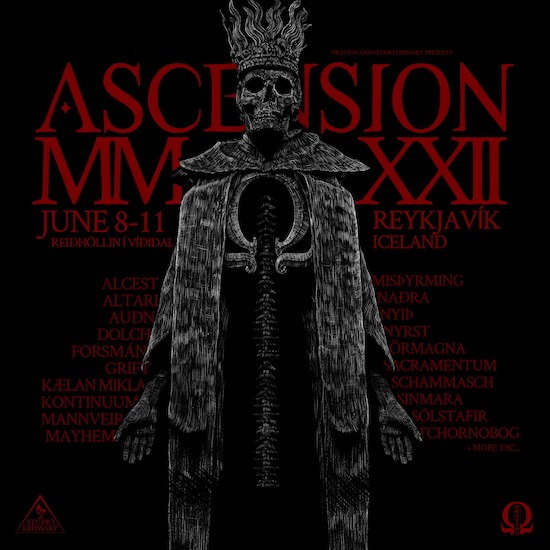 Ascension Festival Iceland MMXXI in November of last year was one of the most memorable metal festivals this writer has ever attended, and also one of the most heart-warming, despite the chilly temperatures outside the venue and the often wintry music inside.

The good feelings were in part the result of knowing about the avalanche of hurdles the festival had to leap over in order to make the event a reality — which included two covid-related postponements, two venue changes, numerous band cancellations, and of course the persistent peril of the virus, which included a surge happening in Iceland right around the time when the festival began and which threatened to cause a government cancellation of the festival’s third and fourth days. The fact that the event went off at all, much less as beautifully as it did, made it one to remember.

Of course, the music was also fantastic, as were both the people who worked the fest and those who attended. It was as if everyone, both on-stage and off, genuinely and deeply understood how lucky they were to be there after 18 months of lockdown and after all the ridiculous odds stacked against the event happening at all.

It would not have surprised me in the least if the couple responsible for Ascension — Stephen Lockhart and his wife Edda — had made Ascension MMXXI their last. Honestly, I expected it would be the last. I’m amazed they didn’t give up last year. I’m sure they were utterly exhausted by the time it ended, no matter how much pride they felt not only in producing a fantastic experience for ticketholders but also taking the precautions needed to ensure that (as Icelandic Health authorities later confirmed) the festival was not responsible for the spread of a single covid case.

Surely, I thought, only people who had lost their minds or were clinically confirmed masochists would continue doing this. I’m pretty sure they don’t fall into either category (though I don’t have access to their medical files), but lo and behold they and their cadre of friends and co-workers are in fact… doing it again!

Yes, amazingly, there will be an Ascension Festival MMXXII, on June 8-11 (Wednesday – Saturday) this year.

First things first. Here’s the line-up as it stands today:

I hope you will agree that this is a terrific group of performers. Final line-up announcements will be made in the coming days, along with more information on the day-by-day schedule and availability of remaining single-day and full-festival passes. 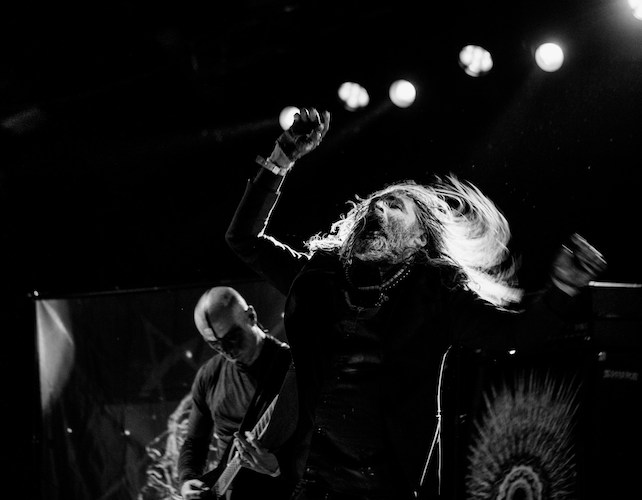 I’m also very happy to report that this year’s fest will be at the same venue as the one last November — the Reiðhöllin í Víðidal indoor arena just outside the city limits of Reykjavík. Last year it was a back-stop to the original venue plans which fell through, but it turned out to be wonderful. It’s used primarily as an equestrian center, but turned out to be great for music as well (particularly for old farts like me who could take advantage of stadium seating opposite the stage when standing on the big floor started to get taxing).

If you want to know more about that setting, you can see the photos and write-up about it that I included in Part I of a 3-part article I prepared about the November 2021 event.

In fact, if you haven’t already sprung for tickets to Ascension MMXXII, and you want to get a bird’s eye view of what Ascension MMXXI was like, I recommend you check out Part 2 and Part 3 as well.

Unlike the edition of Ascension last November, it’s worth emphasizing that this one will be in mid-summer. I attended a previous installment of the fest that happened around the same time of year, and so I can affirm that the the temperatures will be mild and you’ll get full exposure to the wonders of the midnight sun.

Well, I guess I ought to stop now. And to banish any thought that I’m some kind of paid influencer, I definitely am not. I just have always loved this festival and hope more and more people will get a chance to experience it.

For more details and to acquire tickets, visit the links below.