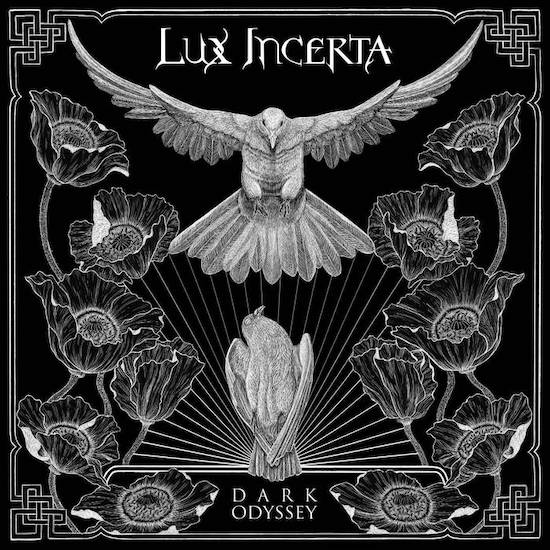 (We present Gonzo‘s review of the latest album by the French band Lux Incerta, which was released on April 8th.)

When it comes to storytelling, the ubiquity of dark-versus-light is just about the most repackaged theme in human history. It’s everywhere. It’s the hero’s journey, the struggle of inner turmoil, the journey to the self, good triumphing over evil, and otherwise present in just about every other archetypal tale you’ve ever seen or heard.

When it comes to making art, though, none of that shit matters as long as you can tell the same story well. In music, this is particularly hard to pull off – especially in a modern-day metal scene that’s rife with saturation and subgenres. (And saturated subgenres, now that we’re going there.)

But bands like France’s Lux Incerta don’t give a fuck how many times you’ve seen, read, or listened to stories that revolve around the dark/light duality. Roughly translated from Latin, the band’s name refers to the apex of the light-versus-dark battle, when light is about to succumb to the dark. And their stylistic crossroads of death, doom, and prog metal reinforces how well the band lives up to that moniker. 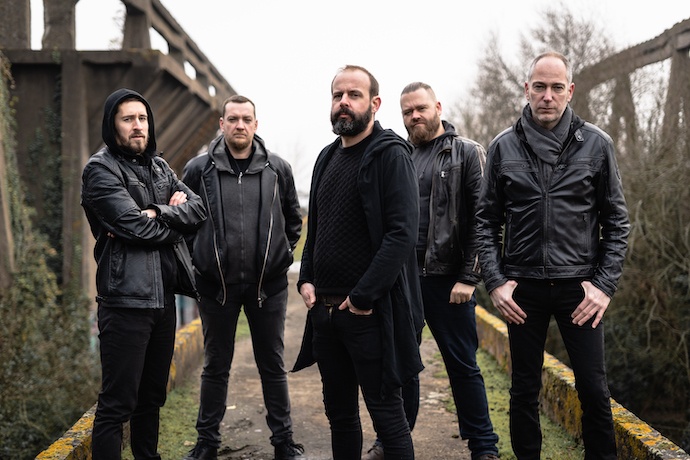 On their new album that dropped on April 8, Dark Odyssey, France’s oldest doom metal export plants a razor-sharp stake in battle-tested ground. A risky one, given the aforementioned rant about overused themes, but this album explores them brilliantly.

Ambitious 15-minute opener “Far Beyond the Black Skies” takes its time, rolling into a stirring bass/drum crescendo from its piano-riff origins. It almost runs the risk of taking too long, in fact. On first listen, I glanced at the run time and was shocked to discover almost four minutes had passed during this intro. Once it takes off, though, the song mutates into a full-scale sledgehammer, stomping and smashing its way through your speakers with blast-furnace vocals and ferocious riffs.

Vocalist Agone, who also plays in French goth metal outfit Penumbra, puts on a bravura performance on Dark Odyssey. His monstrous roar is rivaled in quality by his Nick Holmes-like singing ability that’s prevalent on each of the tracks here (minus “Shervine,” a three-and-a-half-minute interlude and also the album’s shortest song by a significant margin). In fact, “Fallen” wouldn’t sound of place on a Faith Divides Us–era Paradise Lost album, with warm melodies ensnaring the listener for its first two minutes, and then unleashing white-hot fury for the remaining five.

“Dying Sun” is the album’s heaviest and most acerbic stretch, showcasing Lux Incerta’s nuanced ability to expand on an idea and shift direction without sounding like they’re forcing it. It’s a groove-laden stomp that fearlessly charges forward, sounding both menacing and triumphant almost simultaneously. Following that, “Decay and Agony” eases you into a more meditative dirge that recalls My Dying Bride at their most morose. But that’s where the comparisons end.

Agone’s monotone, almost spoken-word style of vocals lends an even more sorrowful assist to the songwriting in “Decay and Agony,” and this is the point in the album where you realize what you’re dealing with: A diverse, genre-smashing metal record that acts as both executioner and mortician, savagely assaulting your senses and then gently putting your soul to rest.