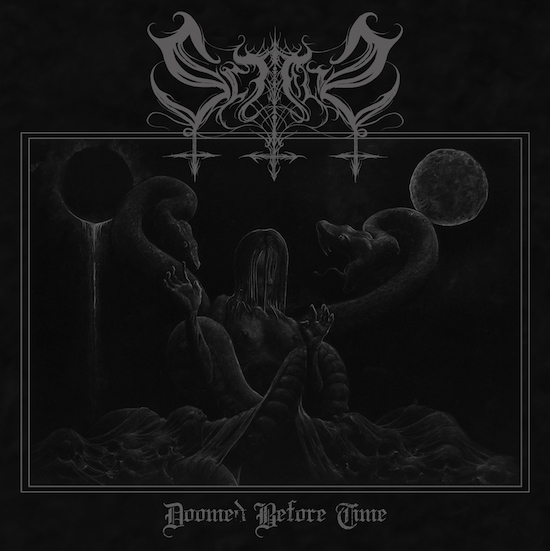 In the spring of last year the Swedish black metal band Scitalis made an explosive debut with their Awakening EP on Vendetta Records, and we had the pleasure of premiering and reviewing here. We wrote then: “Presented through a clear and powerful production (which makes effective use of channel shifting), the music is persistently pitch-black in its temperaments, though it explores them in dynamic fashion and with piercing, mood-altering melodies that become key ingredients within changing episodes of upheaval and surrender”.

Now Scitalis are following up those six ravaging tracks with their first full-length, Doomed Before Time, and Vendetta will again usher it into the world. It continues to brandish the hallmarks that made Awakening such a startling advent, but the band have built upon them to reach new heights of power in the forthcoming album. You’ll discover that for yourselves when you hear the song we’re premiering today. 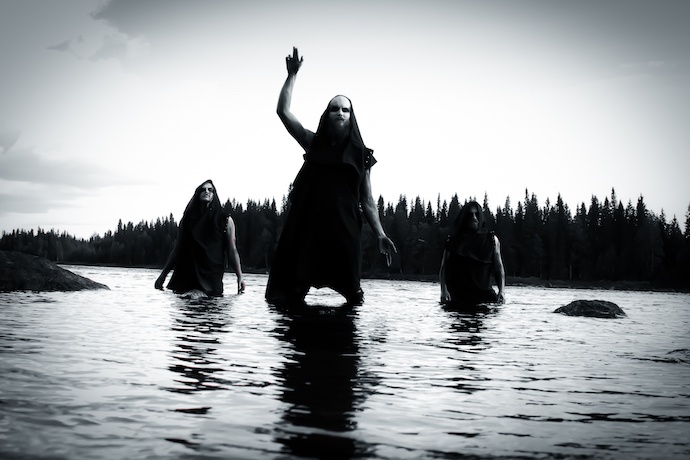 Scitalis embrace the imagery of serpents. Their name itself is a reference to a serpent that appeared in medieval bestiaries, and was described in a 7th century text as a snake whose skin shined with such variety that it stupefied its prey with its marvelous appearance — and was “so hot that even in winter it sheds its skin.”

In keeping with this fixation, the superheated song we present today is “Slithering In Sins“. The band’s vocalist/bassist A has commented about it: “Sins and anxiety, which has persecuted us in all ages. Which always comes back, embrace it and let it stay.”

No snake has ever slithered as fast as the slithering riffs in this song, nor has any reptilian heart beat as fast as the track’s blistering low-end pulse. The guitars generate a writhing maelstrom of sound from the first instant, and the shrieked vocals are every bit as unhinged and piercing. The drummer’s slow and measured snare strikes provide a stark contrast to the scorching, vitriolic madness of everything else.

There’s no relent in this electrifying sonic hurricane (though the mood of the music does shift in gloomier directions) until just past the three-minute mark, and there the band suddenly pause for some grim and scratchy notes — just long enough for you to grab a few hurried breaths before the hurtling pulse, the penetrating harmonies, and the mind-ruining screams resume, once again drenching the senses in breathtaking typhoons of pestilence and pain, of despair and desolation.

The album was recorded at Malmerproductions Umeå in 2021 with mixing and mastering by Max Malmer. The cover artwork and album layout were created by Coen A. (iH8Art) and Cathal Hughes. Vendetta will release Doomed Before Time on May 13th, on vinyl, CD, and cassette tape formats.