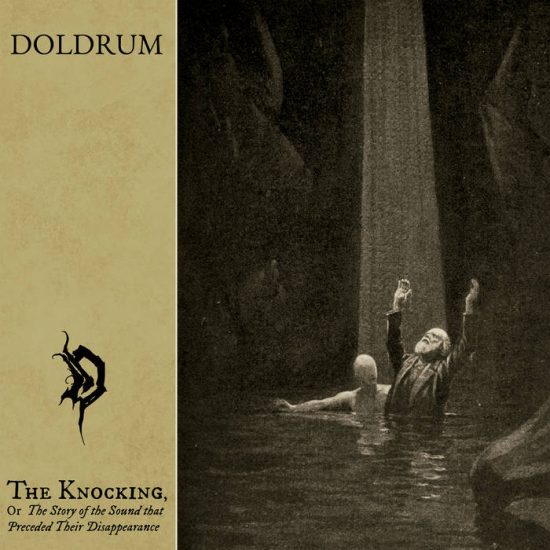 We begin with an enormous surprise (at least to me), the first song revealed from the debut album by Denver-based Doldrum, which unites members of Erraunt and Gallows. The album’s name is The Knocking, Or The Story of the Sound that Preceded Their Disappearance, and Doldrum describe the music within as “Haunted Black Metal rooted in American folklore and the occult”. 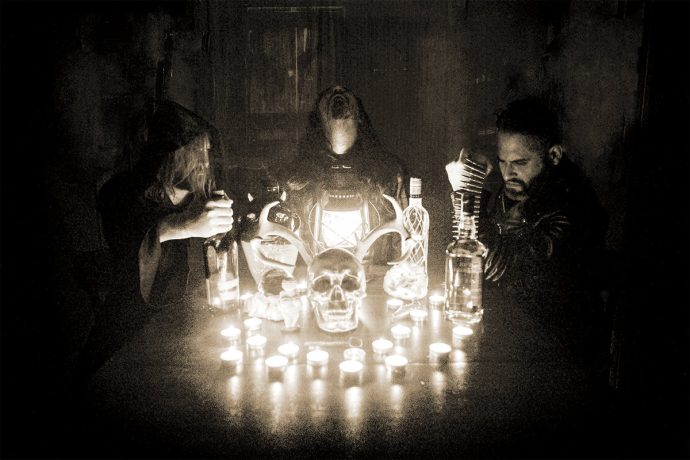 This first song, “The Knocking“, cracks on with a big bass pulse and electric drumming, but to go along with those viscerally compulsive ingredients the guitars create sorcery in sound. The music is weird but alluring, creating visions of madness in beckoning ways. The tones are macabre, mercurial, and mesmerizing. They penetrate with piercing, ringing power, but are just abrasive enough to be nasty, and the screamed vocals cut like blades.

Eventually the drums hammer in a fury, the bass bubbles like a witch’s cauldron, and the riffing becomes an all-consuming blaze of derangement and despair. After that convulsion the music whirls and levitates again, elaborately morphing and meandering, diabolically mystifying and mutilating the mind, even as the vocals shred the senses with their intensity.

This is a hell of a first strike — a hellishly glorious one. As the lyrics themselves proclaim about the incident they narrate, “Startling reality snaps / Like a rope of sand /
Shadowy portals enclose / In unfathomed mysteries / There are no dead…”

Well, it’s maybe not as big a surprise to others as it was to me, since I now know “The Knocking” was the title track to a two-song demo the band released in November 2020. The second of those songs also appears in the album’s track list, along with three others. I’m eager to hear them all. The album will be released on May 27th. (Thanks a ton to JR for making me aware of this.) 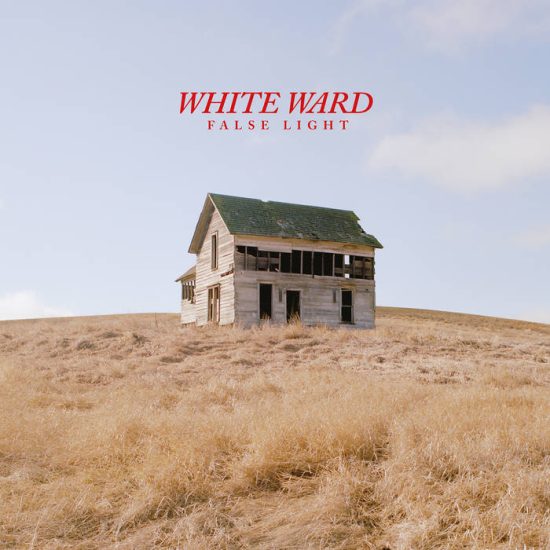 The next song is from a new album by one of our favorite bands, whose homeland is being shattered and who now release this music to help people in extraordinarily difficult times.

The song is “Leviathan“, and it’s another marvelous representation of White Ward‘s ability to interweave many seemingly disparate genre ingredients to create a wholly immersive listening experience. It jolts and batters, ominously towers and gloriously soars, vents intense vocal torment and seduces the listener with smoky saxophone melodies, drifts away into slow strummed chords and ambient mists as the setting for a sublime trumpet solo, thunders and brings in sorrowful singing, and builds toward a stunning finale.

The name of the new album is False Light, and it’s set for release by Debemur Morti Productions on June 17th. I’ll share this description of its inspirations, which appears at the album Bandcamp page:

Heavily conceptual and rich with meaning, the 8 dystopian tracks use overarching inspiration from “Intermezzo”, a 1908 impressionistic novel by the Ukrainian author Mykhailo Kotsubinsky – in addition to works by Beat-writer Jack Kerouac and psychoanalyst Carl Jung – to explore government-sanctioned murders, imminent environmental catastrophes, police brutality, domestic abuse, the psychic emptiness of cities, falsity of modern mainstream culture and ill-effects of overconsumption. 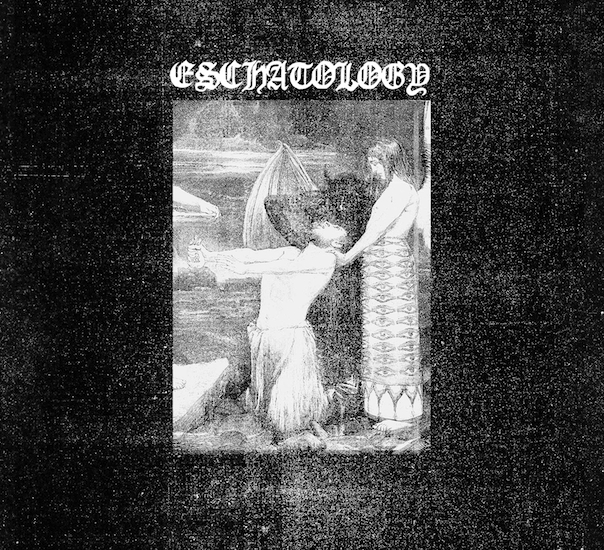 To close this all-too-brief roundup I’ve chosen “Cataclysm I“, a song off the forthcoming self-titled debut EP by Eschatology. It caught my eye because of the band’s line-up, which consists of J.K. (Craft) and B.L. (Mordbrand, God Macabre [live]), both of them performing guitar and bass, and M.S. (Over the Voids, Mgła [live], ex-Medico Peste) on vocals and drums.

From the start this one is a rager and a ripper, a violent explosion of scathing and sweeping black metal driven by drumming of jaw-dropping speed. The riffing is dense, but varies in the emotional impact of the melodies it carries. It rings in desolate and delirious tones as well as mounting savage assaults. In similarly dynamic fashion the pattern and speed of the drumming repeatedly morphs, and the vocals do too — though they’re persistently frightening. At the end the song suddenly shifts into another dimension, one that’s supernatural and haunting.

The EP consists of four tracks and 27 minutes of music. It will be released by Shadow Records on a date yet-to-be-set later this year. Pre-order info will eventually be announced at these locations: