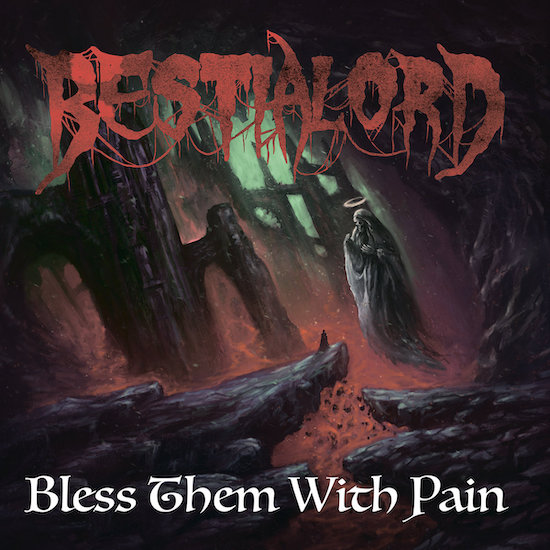 With two albums to their credit, released in 2018 and 2019, Bestialord may already be a name familiar to you, but for newcomers it’s a trio who came together in Wichita, Kansas in the fall of 2016. That trio — guitarist/vocalist Mark Anderson (ex-Manilla Road), drummer Chris Johnson (Sanctus Infernum), and bassist Rob Harris — pulled together strands of occult doom, primitive death metal, and other old-school influences to create some evil magic on those albums, but now they’ve got a third one on the way that might be even better.

The new album, Bless Them With Pain, is set for imminent release on April 29th by Satanath Records‘ label-partner GrimmDistribution, and today it’s our pleasure to share the title track with you. 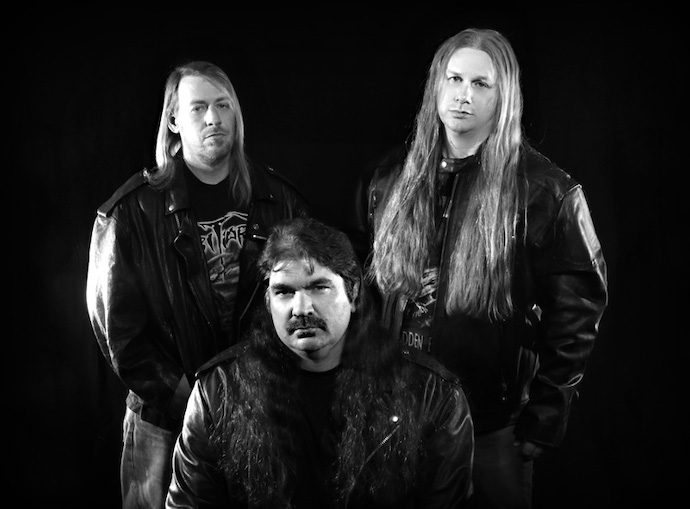 On the previous albums Bestialord displayed versatility in their songwriting, revealing the breadth of their influences while still building a core sound to define themselves. What you’ll hear on the title track manifests a lot of those core ingredients, but doesn’t exhaust them. This one rocks with primal grooves. It’s a heavy, muscular, and undeniably diabolical song, and it’s as catchy as omicron, so be prepared to have it stuck in your head for a while.

Slow, haunted, and unmistakably dismal at first, the music grows increasingly threatening. The drums snap like spring-loaded axes, the burly guitar seethes within cavernous depths, and the words are proclaimed in bestial, rasping, but plainly deciphrable growls.

The grim, heaving riffs give way to a sinister guitar pulse and a throbbing bass, while the drumming continues to do its convulsive skull-popping work. A freakishly quivering guitar solo squirms and screams, adding to the atmosphere of devilish delight, coupled with guitar rhythms that will get your head moving even harder.

If this song burrows into your head as powerfully as we think it will, you can get another captivating dose of the band’s talents by listening to the previously released song “Starless Seas“, which is both hallucinatory and a spine-shaker — just as addictive and just as unholy as the song we’re premiering today.

The label’s “for fans of” references do a good job giving you further clues to what the new album holds in store, dropping references to the likes of Celtic Frost, Black Sabbath, Morbid Angel, Obituary, Death, Pentagram, Nocturnus, Cathedral, and Mercyful Fate.

The album features artwork by Erskine Designs, and it’s available for pre-order now: