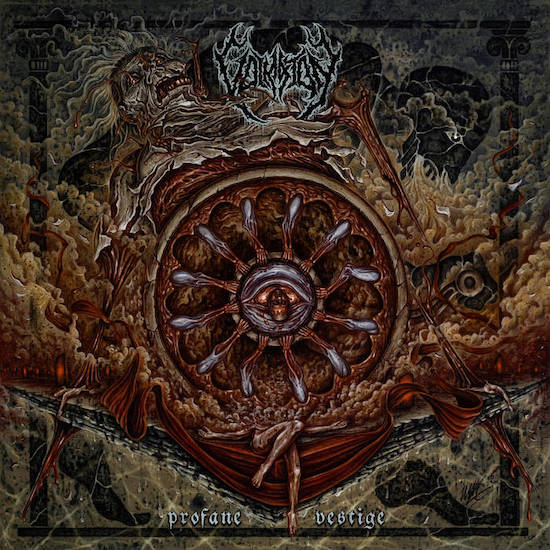 With a 2019 demo and a pair of 2020 live EPs under their belts, the U.S. death metal band Voimaton are about to make a big step forward with a debut album named Profane Vestige that’s set for release on June 10th via Personal Records. It presents a selection of both previously released and new tracks that collectively demonstrate the band’s mastery of a particularly gruesome and bone-smashing form of doom-afflicted death metal.

The trio who make up the band — Dave Tibbets (vocals, bass), Pat O’Hara (drums), and Henry Fordney (guitars) — proceed together under a name that’s of Finnish origin and loosely translates to “powerless”, and while feelings of powerlessness and nihilism work their way into the songs’ lyrical themes, the music is anything but weak and defenseless, as you’ll learn from our premiere of the album track “Bile” — which is indeed a bilious piece of music, and a barbaric one.. 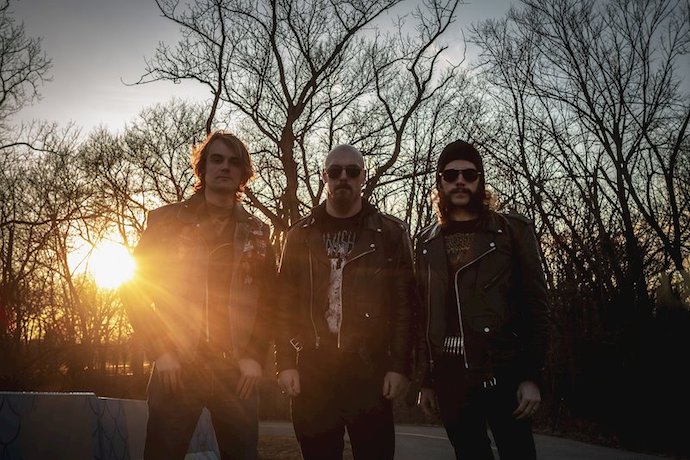 You get four quick cymbal snaps to prepare for a nasty onslaught of hammering drums, roiling and writhing riffage, and uber-low gutturals. The fleet-fingered fretwork generates a boil of quivering disease, but the music segues into a more methodical method of punishment, one that uses sonic jackhammers and squalling guitar sirens.

Bursts of double-kick battering and queasy guitar vibrations add to the music’s monstrous atmosphere. The band also slow the pace to a ghastly, clawing crawl that’s saturated in misery, and they administer a thuggish clubbing before the track ends, just in case the song didn’t knock out all your teeth already.

Now that you’ve had that taste of the exhilarating musical horrors that Voimaton are capable of fashioning, you can understand why the macabre cove art created by Noah Cutter Meihoff is a fitting visual companion.

Personal Records will initially release Profane Vestige on CD, cassette tape, and digital formats, and a vinyl edition will be released later in the year. Check out the options through the links below, and also be sure to listen to the previously released album opener “Scalding Tendrils“, which does indeed sound like its hideous name when it scampers, but also delivers the kind of primitive and brutish bludgeoning that would make cavemen proud.