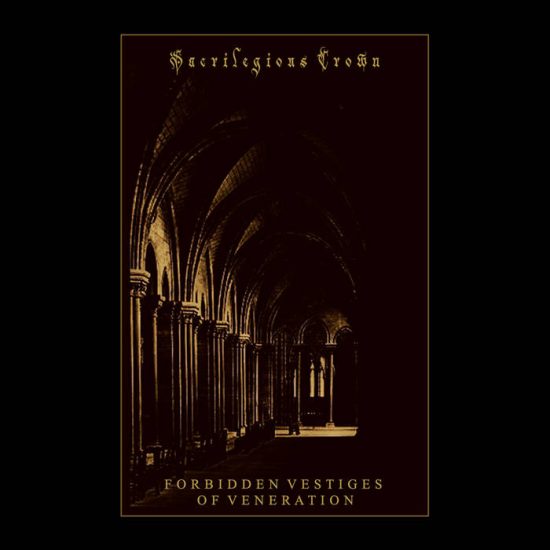 Life is fear. Of course it’s other things too, but fear is inescapable. It always lurks, and sometimes dominates. Every living thing is prey, even if sometimes also predator, and that condition is rooted in our genes. How else could it be, when death eventually comes for all?

Music can channel fear, just as life is haunted by it, and sometimes it dives into esoteric dimensions where fear might be extinguished, because what causes it may be illuminated and embraced.

Well, these are obviously heavy thoughts, but what spawned them today is the hideous hypnosis created by a new EP named Forbidden Vestiges of Veneration from the Italian one-man raw black metal band Sacrilegious Crown, which is set for a June 3 release by Xenoglossy Productions. As the label describes, this new work is a concept release “about forbidden and forgotten religious cults, their mysticism blending occultism and religion with rituals involving hypnosis and underground processions”. 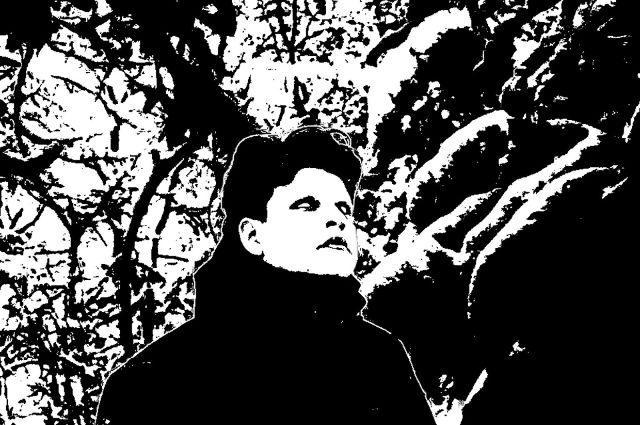 The label also forecasts the sensations in accurate terms: “Sacrilegious Crown‘s music this time edges closer to blackened doom metal, with slow-paced, tenebrous dirges and dark ambient passages with hypnotic, distorted organ and synths”. To put it in our own words, these five tracks are haunting and harrowing spells woven of sound, like a web that radiates outward from the center where the sole creator κενός now lies in wait for prey (i.e., you). To borrow some familiar words: “Be afraid, be very afraid.”

The web begins to take shape in the EP opener “Chant of the Desecrated Cathedral“, in which soft, distant ambient tones faintly swirl and glimmer like midnight mists. From there, “Hypogeodesic Procession” suddenly swells in volume, blanketing the senses in sounds of supernatural misery. A percussive tic beats like a metronome as the music comes in ghastly writhing waves and a voice howls in torment. There are glittering, entrancing tones within that miasma, but they serve only to deepen the feeling of loss and pain.

“Above the Mystical Elements of Hypnosis” continues to weave the disturbing spell that its predecessor began crafting, again encircling the mind in sensations both alien and frighteningly seductive. Low-end tones throb and undulate through the searing fog like a great serpent of sound, dragging the listener deeper into sepulchral catacombs of choking hopelessness.

True to its name, “Hermetic Vortex” seems to slowly rotate, inexorably pulling us downward into a terrible place where the air is poisonous and only the voices of crazed and venomous spectres provide horrifying company. Yet there’s also an aura of terrible grandeur in the music, the presence of a vast unearthly darkness that brings catastrophe.

And as the EP began with a musical chant, so it ends with another one — “Chant of Transmutation“. Just as dim and incorporeal as the opener, as if emanating from a distant subterranean locale, it still rings like muffled chimes or piano, and it still chills, even though you may strain to grasp it.

One Response to “AN NCS EP PREMIERE (AND A REVIEW): SACRILEGIOUS CROWN — “FORBIDDEN VESTIGES OF VENERATION””