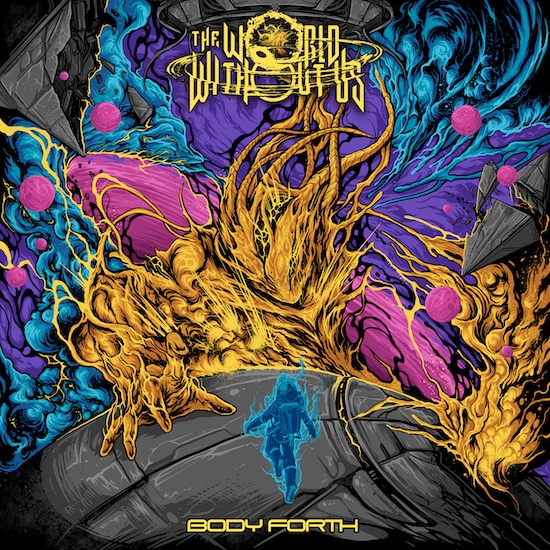 It’s fair to say that in recent years Pennsylvania has proven itself to be a hotbed of progressive death metal, with bands such as Rivers of Nihil, Black Crown Initiate, Alustrium, and Burial In The Sky all seizing international attention. In that environment, it would take something special for another similarly ambitious group to see their own star rise, but The World Without Us definitely bring something special to the firmament.

Building on their 2019 EP Incarnate, the band are now approaching the July 8 release date of their second EP, Body Forth, and the four songs it includes merit the eye-popping cover art by Magic the Gathering artist Poison Project that you see above. One of those songs, “Eden“, is already out in the world, and today we have the pleasure of presenting a second one — “Weeds“. Lest you misconceive the title as a message about dope, here’s how the band’s vocalist Mario Paulo Canavarro describes its meaning: 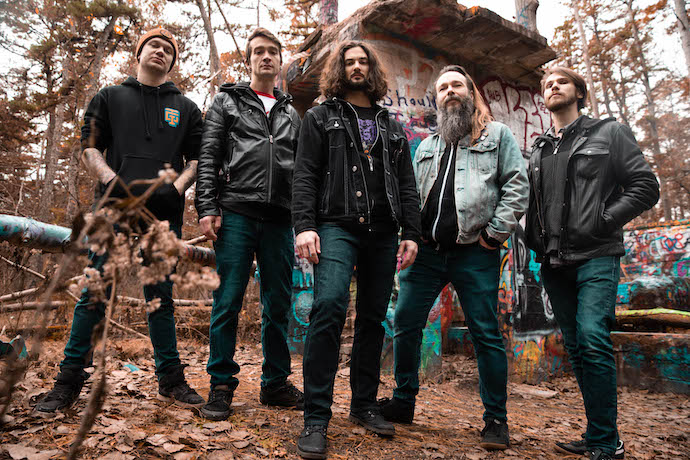 “Sometimes, in life you must cull part of yourself to move forward. If life is a garden and you are its keeper, then you must tend to it. Weeds often deplete soil of nutrients, or cast a shadow over healthy plants, ruining any chance of successful growth. ‘Weeds‘ is about creating a place for yourself where you can be free of entanglement from snares of self-righteous and harmful ideals. The true evil hiding in the cover of the beautiful mist.”

With those thoughts in mind, we invite you to experience the music. Discord seems to reign from the beginning, through an amalgam of battering drums, grim chords, shrill notes, and a startling vocal cornucopia of ferocious growls, maddened screams, and a few sung words.

The music throbs with varying pulses across all the instruments, creating sensations that are simultaneously unnerving and captivating. Bursts of darting and swirling fretwork add to the song’s aura of exultant and savage madness, and while the rhythm section continues to fire at will and the guitarists generate insectile fevers, sky-high vocal harmonies give the song a soaring and even dreamlike quality… but end on an unmistakably intense note.

Concerning the EP as a whole, the band have given this statement:

“The creation of this EP, Body Forth, comes from over a year of deep quiet. Using this liminal time afforded to us by fate, we were able to pull from our experiences to explore themes of self-realization and the calm of personal acceptance in the wake of insurmountable terrors. When we composed the music for this release, it was our intent to capture this dichotomy of inner serenity and outer turmoil. Our chaotic and progressive instrumentation builds behind the emotive, often lyrical, vocals, threatening to overtake them before colliding together to ascend as something neither could be alone.”

The EP is available for pre-order now, and should appeal to fans of the bands who have inspired the group, which includes Between the Buried and Me, Periphery, Into Eternity, The Contortionist, and The Chariot.

Last but not least, we’ve included the music video for that previously released first single “Eden”