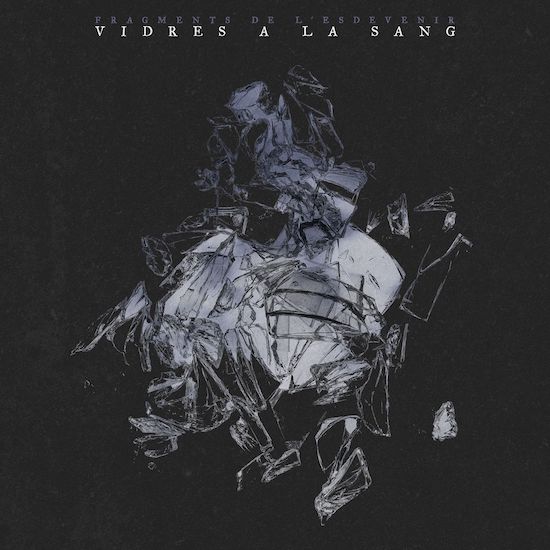 Heads will spin, nerves will twitch, and jaws will drop. Those are among our predictions for listener reactions to Fragments de l’esdevenir, the new album by the Catalonian band Vidres A La Sang, their fifth full-length since 2004 and their first one in four years. It’s an unusual and thoroughly fascinating piece of musical alchemy, one that’s intricate and technically impressive, experimental and progressive, both bewildering and mesmerizing, and yet also fiery and ferocious in ways that will appeal to fans of death and black metal. Anyone who attempts to fashion a genre label for it will do so at their peril.

Much more could be said (and undoubtedly will be said) about Fragments de l’esdevenir, because it’s so multi-faceted and adventurous in its songwriting and so dazzling in its execution, one of those albums whose music demands close attention because it’s elaborate and ever-changing, but somehow also hits at a reflexive level, compulsively provoking movement and changing moods at the same time as it’s challenging your higher mental faculties to keep up with what’s happening.

The song we’re premiering today is a great example of what we’re struggling to say about the album experience — not that our struggles will cease, because we will forge ahead with some further linguistic exercises by way of introducing you to the marvels of “Salveu-me els ulls“. 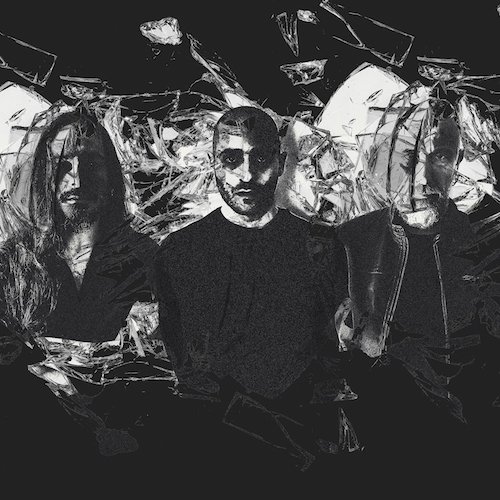 The song builds slowly, with warbling and whining tones gradually swelling in volume. The sounds are strange and inhuman yet somehow seem melancholy. With such a subdued and unsettling start, it thus comes as a surprise when the band suddenly begin a rapid assault — drums battering, bass bubbling, guitars jabbing between the two channels, and the voice growling with guttural lows.

The fretwork frenzy intensifies and comes in bursts, adding to the music’s feeling of insectile dementia. Yet sensations of ecstasy flower through an extended guitar solo that beautifully swirls and soars over the rhythm section’s turbocharged and increasingly extravagant attack. The rapid, bursting pulse of the song returns and climbs to new heights of electrifying exultation as the vocals scream, the rhythm section puts on a display of eye-popping virtuosity, and the guitars revel in their fevers.

Another song from the album is also out in the world, and it’s the opening track, “Mort de Paraula“, presented through a video that gives us glimpses of the performances. It has its own slow, moody, and mesmerizing beginning, but begins to add layers, including a heart-punching drum beat and a darting electronic pulse. There’s a pause, when the words are spoken in gruff rasping tones that become more intense as they go. After that pause, the music becomes both more grim and more mercurial, winding through labyrinthine instrumental structures in fascinating twists and turns, and contrasting ebbs and flows.

Repeating rhythmic motifs keep the song on track and they become infectious. This song, like the one we’re premiering today, includes a marvelous guitar solo that sends the song to scintillating heights — but no less scintillating than the rhythm section’s own fantastic crescendo.

And now for some additional background info for those who want to dig deeper.

The band’s mastermind is and always has been Eloi Boucherie, also known from his work in the wonderful White Stones. He’s the guitarist, vocalist, and producer of the album. He was joined on the album by Albert Marti (Foscor, Jade) on lead guitars and Jordi Farre (Dolch, Rumours, Crippled Black Phoenix, Foscor) on drums. In addition, Martin Mendez of Opeth and White Stones fame tracked bass guitar for the album in replacement for the absence of Marcos Garcia, the original member of the band.

As before, the album pays homage to the poetry of the great Catalan author Miquel Martí i Pol (1929-2003). The band’s name is itself taken from a compilation of that author’s poetry called Amb Vidres a la Sang: Obra Poètica III. “Vidres a la Sang” means ‘crystals in the blood’ in the Catalan language, and it was an expression the poet used in his texts to describe the multiple sclerosis he suffered from.

Fragments de l’esdevenir will be released on July 1st by Abstract Emotions, on CD and vinyl LP formats, and it’s available for pre-order now.

No Responses to “AN NCS PREMIERE: VIDRES A LA SANG — “SALVEU-ME ELS ULLS””