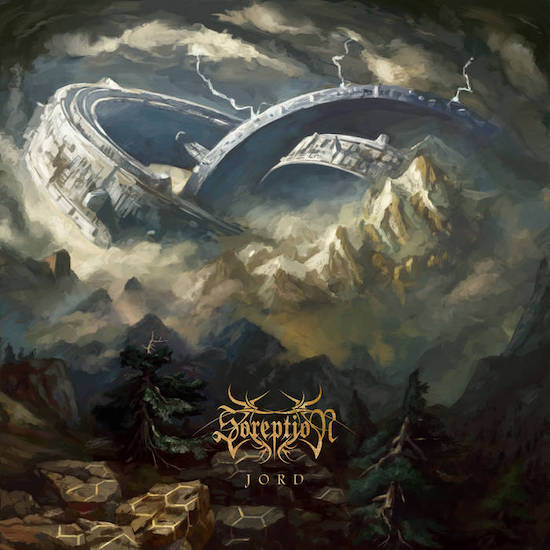 (We present DGR‘s review of Jord, the new album by the Swedish death metal band Soreption that’s due out on June 10th via Unique Leader.)

If current trends hold true then in about eight years from now Soreption will be releasing a new album – their second removed from their upcoming, for six total full lengths – and there will be one member left in that band and that person will be me.

It’s strange, considering how I’m not currently a member of the group nor do I – competently – play any instrument, but there has to be some strange magic happening, that for the last few releases Soreption have somehow slimmed down their lineup every time and yet every four years have managed to put out an album. Not only that, but an album of eight songs and about thirty to thirty-five minutes worth of music. Every time.

Clearly, the machine-like nature of the band’s music extends beyond just the Swedes’ songwriting ability and has become part of the overall band operating procedure. That’s how we land at an album like Soreption‘s upcoming Jord, a release that maintains the band’s core as a three-piece and pulls out all the stops in regards to guitarist appearances for one of the most clock-work mechanical riff avalanche style Soreption albums out there. 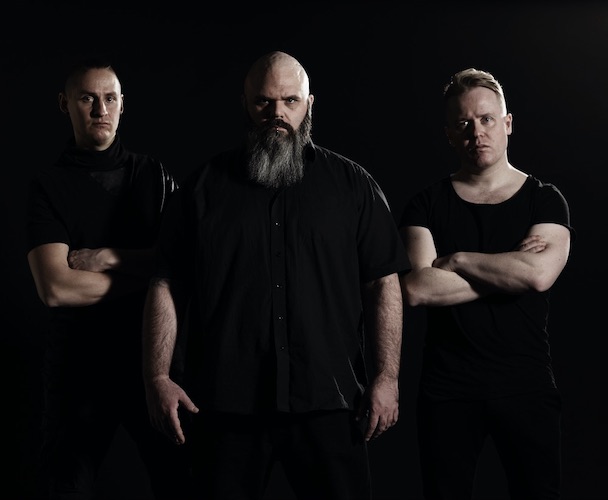 Its been the case at least since Engineering The Void, but Soreption albums have been incredible if you just love machine-like precision. Soreption are a finely tuned engine and one that while often lumped in with the tech-death genre as a whole are less technical for being virtuostic players and more so because they take the metal part to its logical precision.

They have guitar leads in their songs but they’re a band where you think more of the rhythm section simply because they’re the main drivers. The sudden starts and stops, each forward-moving chug, the almost unconscious need to headbang to them even though you have no idea what moment you’re at in a particular song if you missed the intro. Even the vocals tie in, delivered at a rapid-fire pace to keep up with the constantly moving instrumentation.

That hasn’t changed with Jord. Soreption are not a band for throughlines on each album. Each song is its own microcosm of surgical destruction and that’s true of Jord, so you’ll likely have different people winding up with different favorite songs among the eight present here.

Where there will probably be some consensus is the song “Each Death More Hollow”. Placed fourth within Jord, it’s the song where Soreption break from the usual mechanical chugging formula for a bit and everything just seems to coalesce into its own organic monster. The previous three songs are non-stop hammerings but they’re also very familiar for Soreption fans. They’re not a band who need to do much scene-setting and instead use the first three songs to show that, yes, they’re the same band who four years ago put out the equally relentless Monument Of The End.

They may have changed labels and found a home with Unique Leader again, but Jord is going to be just as punchy as the three albums prior. It’s why songs like “The Artificial North” and “Prophet” become twins of one-another with their similar run-times and equal focus on grinding riffs and martial rhythm sections. “Each Death More Hollow” hits harder, because after those three Soreption somehow find a way to get even more percussive, and so you find yourself wanting to shout along with vocalist Fredrik Söderberg each time he shouts out the titular line.

Jord isn’t completely bereft of surprises though. While it’s a lot of fun hearing Soreption do what they do best, the extra help they called in for various guitar-lead work and guest solos to go alongside their own writing is a lot of fun too. On top of that they even add some extra keyboard work, which creates a strange dynamic that makes “The Nether Realm’s Machinery” one of the more interesting tracks on Jord, if only because the contrast between the two is larger than one might imagine. It’s got a razor-sharp groove within in it and then you’ll get a pleasant keyboard melody before the drums decide to come barreling in from the next room over and flatten everything down to lined paper size.

Closer “Död Jord”, while one of the more ‘traditional’ songs in the line-up, closes the album fantastically and a big credit for that is due to the closing yells. After that initial slamming rhythm that is part of the verses and the violent precision of the snare drum before the guitar solo in the song, “Död Jord” builds into a massive closing yell that surprisingly enough makes the closing moments of Jord some of the best on the album.

As much fun as we’ve had with their release dates, Soreption really do move with clockwork precision. Gene Hoglan may claim the well-earned title of ‘the Atomic Clock’ behind the kit but Soreption have always been the case for declaring that title for a full band. Clearly, there’s a lot of appeal to Soreption‘s sound and approach to music, as it seems that even those who have helped out live over the years take a lot of that influence with them back to their own groups – which could help explain The Zenith Passage‘s further leaning into the insect-precise style.

Jord is a continuation of these qualities and shows that four years later the Soreption machine has rumbled back to life with just as much precision as they’ve shown in the past – and with some minor tuning adjustments to bring things up to speed. Their songs continue to sound like Soreption songs and their mass of material continues to be the best case for letting the rhythm section drive the show out there. Jord will keep people happy with that.

Guess I’ll need to pick up an instrument though since I have a date with destiny two albums from now.