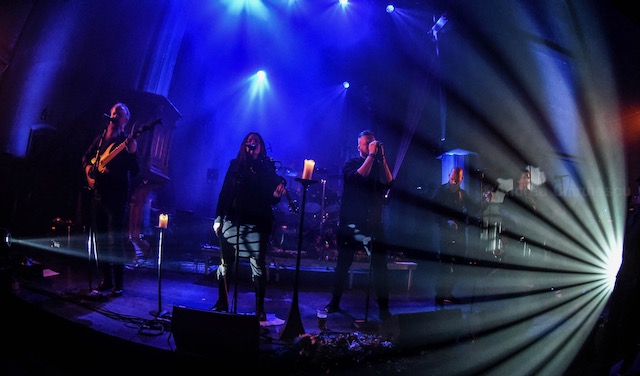 On the 12th of April, the Norwegian doom metal band Funeral marked their 30th anniversary with a special concert in the 18th-century Jakob Culture Church in Oslo. The mournful atmosphere of the music befitted the surroundings perfectly, making the concert unforgettable. I took the opportunity to interview Anders Eek (drums) and asked about the band’s early days, as well as the anniversary concert and what’s to come for the band in the future.

Funeral has its own distinct sound apart from the characteristic Norwegian black metal sound, so what influenced Funeral’s sound in the beginning?

In the beginning I was heavily influenced by early metal bands like Metallica, Accept, Maiden. Then moved on to more extreme acts like Candlemass, Bathory, Celtic Frost, Paradise Lost, Death, Equinox, etc, and always having a fascination for classical music. All this put together influenced our sound, and continues to do this to this day.

From whom did you get musical feedback and and the exchange of ideas back in the days?

Through mainly friends, zines and magazines. Then a bit later on through tape-trading. And of course the other guys in the band. We worked pretty close as a group in the first years. 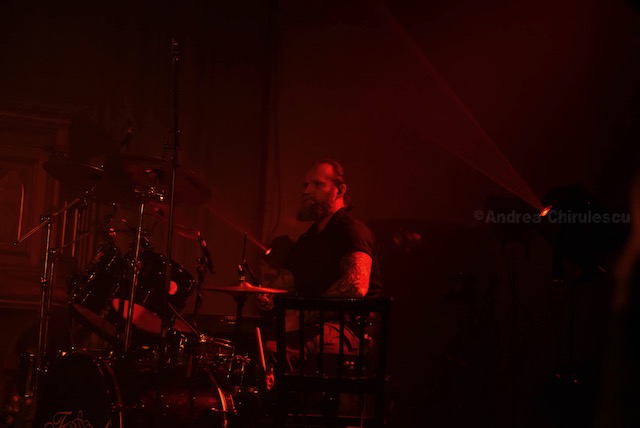 Would you call Funeral original in the Norwegian scene? Why is it important to be original?

I would call Funeral doom-metal. Originality is not really up to me to decide. We had and still have I believe a rather unique sound in Norway, for what I know. But I rarely listen to new artists, so really I can’t say. I think it’s imperative with a unique sound to stand out in the jungle of bands, and to present something unique to the fans in this regard. For me it’s important to try to write something unique, because of the challenge. I could not have any interest copying someone else.

What were the advantages and disadvantages of not being a part of the black metal trend?

The advantages were to give us a position to stand out, and not being a part of any trend. Something which I have always disdained. The disadvantages were that nobody really gave a fuck about anything other than Norwegian BM. But I didn’t care, and still don’t. We have always written music for our own pleasure.

Do you see Funeral as an influential band? If so, why?

I don’t know. I was told years ago that an entire subgenre arose inspired by us, though. I have no clue why.

Which Funeral album are you most satisfied with and why?

Impossible to answer, sorry. Easier to answer the one I am least satisfied with, but I won’t. 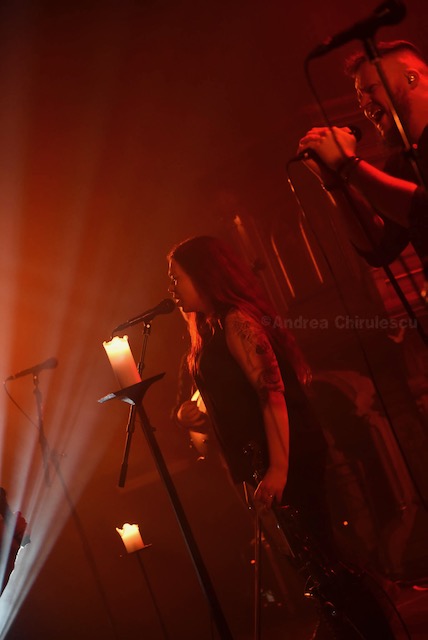 When you compose how do you manage to set yourself in the proper mood to create doom?

A rather good question. I am sort of always in the mood for doom, but the writing process itself demands a variety of motivational aspects. Firstly, to have energy and be in a creative mood. To feel the urge to write, not forcing oneself. It sometimes also helps with a glass of wine or three. The writing goes in waves, and I have been lucky enough now for the past year to be really creative, and have written more than 15 new songs. Being able to write wherever I am or wherever I feel like, not being dependent on either geography or time of day.

I have however also experienced not touching the guitar for a year, so I experience writing block from time to time.

What is the most challenging part of making funeral doom in your opinion?

To follow my own style, be innovative, and not bore myself nor the fans to death. 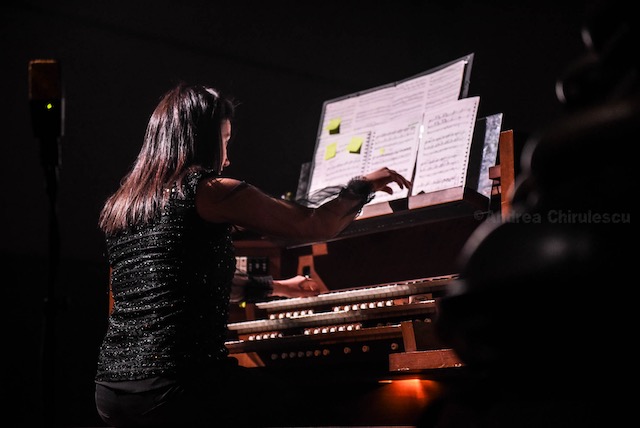 The 30th anniversary concert opened with Tomasso Albinoni’s “Adagio” played by organist Milkica Radovanovic . Why did you choose this musical piece? What significance does it have for the occasion?

It’s a personal favorite of both mine and the organist, so it was a no-brainer, really. I have listened to classical music since childhood, and it’s been a huge influence as a musician. I wanted the audience to get in the proper funereal mode by this beautiful, sombre piece of music.

How was it like to play in Jakob’s church in Oslo for the 30th anniversary?

We really enjoyed it. I think it was the perfect frame for this night, also having seated tickets.

I wanted to both give people a sense of a real funeral, and I wanted to pay respect to my deceased bandmembers with both wreaths, the right setting, and finally having the chance to have our first singer Toril Snyen on stage again.

We are actually talking about playing there annually. It felt like home for us. 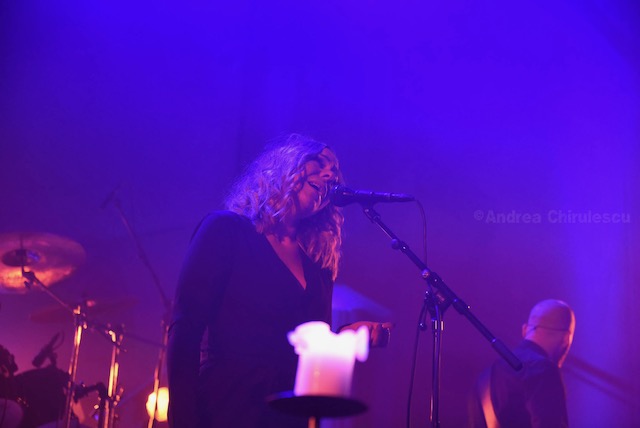 Are you planning to release something special for the anniversary?

Yes. The concert was recorded on multitracks and professionally filmed with several cameras. We are working on this as we speak. We are also in talks with the label to re-release all the early records in all formats, with unreleased bonus-material, as well as printing new and more merch for the occasion, as we sold out everything at the gig.

How did the concert differ from previous concerts. I find churches pretty interesting acoustically…

We did something similar in the Netherlands (Amuz cathedral) in 2018, and I really liked the setting and the divine mood. The building, the roof height, the huge paintings, and the overall atmosphere.

The sound is a bit tricky to tame, though, because of the immense acoustic. So we had to endure a glitch or two, but huge cred to our soundguy Rob.

How would you describe Funeral’s musical evolution comparing your last album Praesentialis in Aeternum to previous efforts?

A very natural one, probably moving more and more towards orchestration and classical music, or trying to merge these two genres,

I am now also writing on my own. Early in the history of the band we wrote more as a group, something which I miss from time to time.

I would say the inspiration is the same as always: personal life, different music, literature, movies, etc. 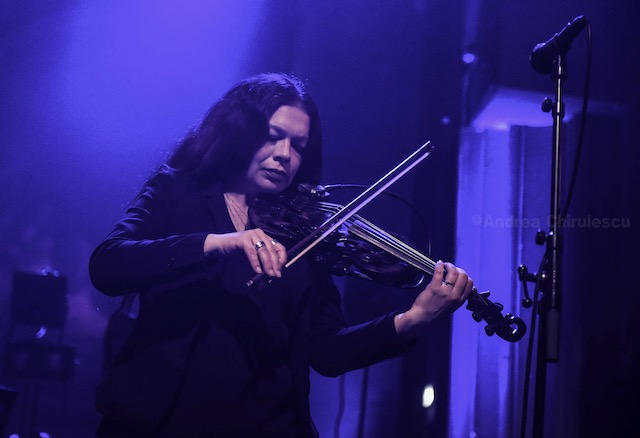 What are you working with nowadays when it comes to music?

As mentioned, a lot of new material, planning two future records as of now, working closely with our violinist Ingvild as well as Andre Aaslie on brass and piano. I am also writing all lyrics now, this time in English.

Thanx a lot for your interest in the band, Karina, and for joining us in our march towards the neverending evenfall. 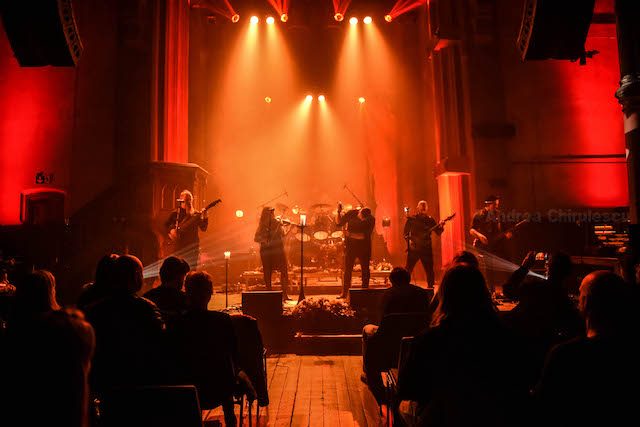 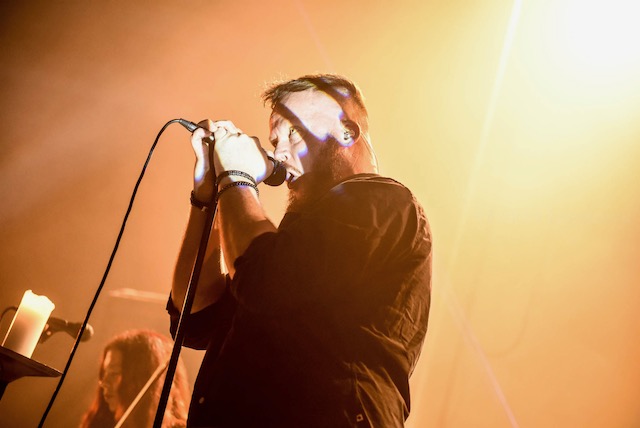 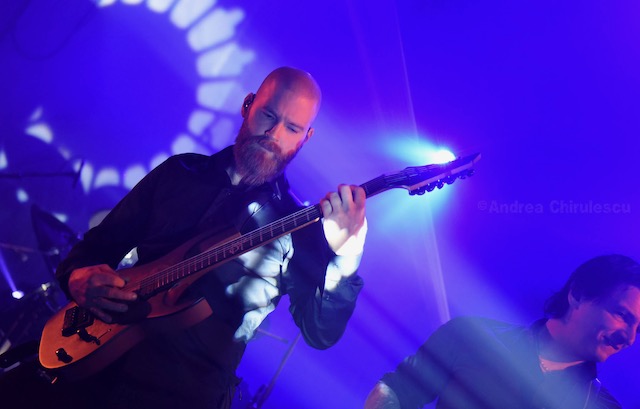 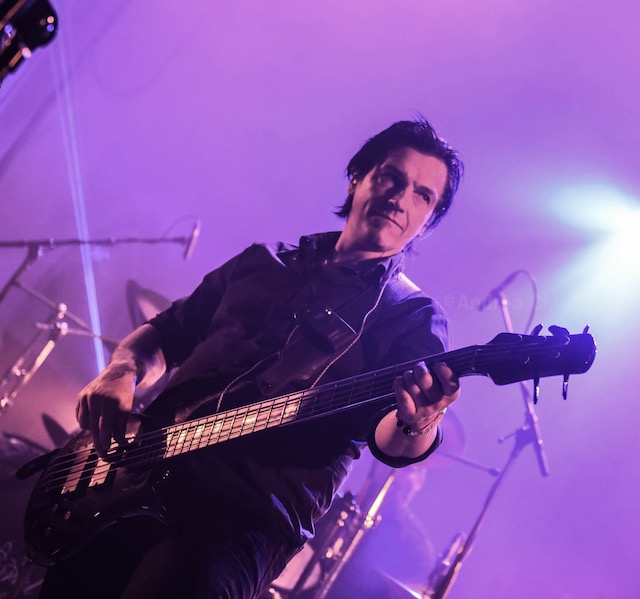 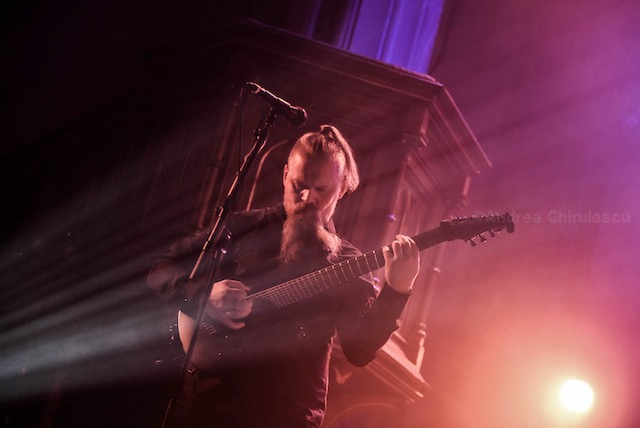 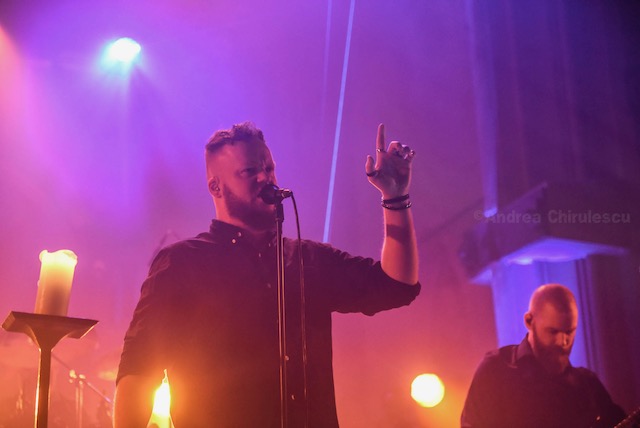 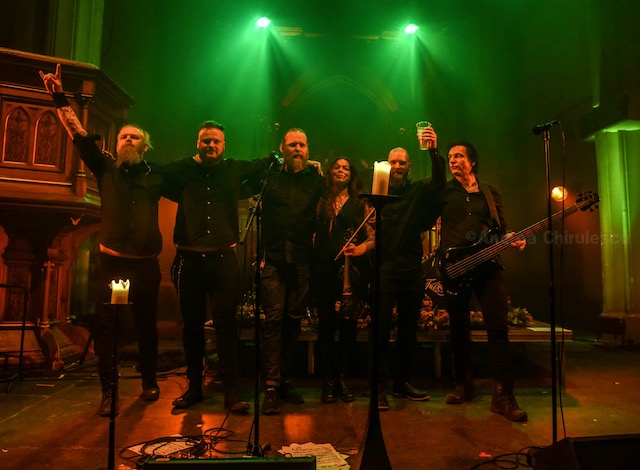