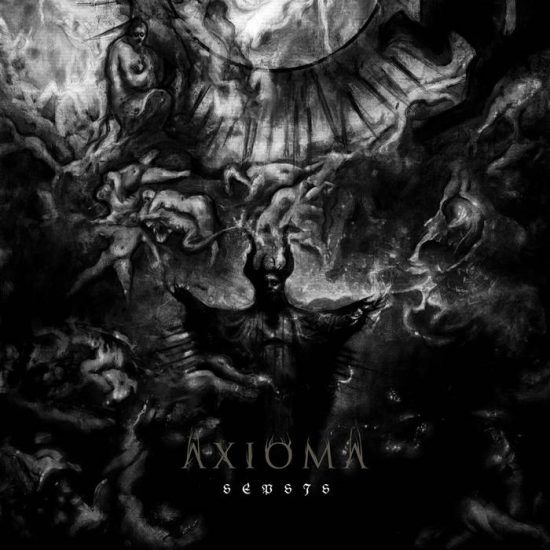 As predicted yesterday I shook myself like a wet dog, but I didn’t entirely clear my head. What has happened isn’t something that can be blinked away. But I did start listening again, focusing on furious music of different kinds to match my mood. Somewhere along the way, I became open to a change. It came gradually, as you’ll see for yourselves below. The fury’s not gone from my head, just tempered for a time.

Maybe you’ll get something out of this. It’s a big playlist, a baker’s dozen of tracks in all, some with videos, almost all of it new. Because it’s just a playlist, I’ve pulled some of the songs from records that have been released in their entirety. I hope you’ll find time to explore the other tracks on those, as I will.

P.S. No Shades of Black today. I’ve made the picks, but have run out of time. Maybe tomorrow….

More than we could have imagined, the country has become infected. Sepsis is setting in. We confront a new dark age. And in addition to the fitting nature of this band’s album and song title, the music is itself a raging (but inventive) tirade, packed with jittery and brazen fretwork, battering and blistering drums, and scorch-the-earth screams. It also includes a guitar harmony of despair matched with a head-hooking bass pulse. Despair suits the current mood too.

Grind is a damned good way to express fury. Rage comes with the territory. It floods through the incinerating vocals, slashing riffs, and full-throttle drumming of this new Cloud Rat song, which manages to become bleak as well as unhinged.

Staying in the grind frame here with this next song, which is a terrifically violent chainsawing upheaval, laced with head-butting grooves, crazed soloing, and ferocious growls from a throat that sounds clotted with blood and bone splinters.

Album: The World Is Down
Release: January 15 (but just recently published to Bandcamp)

I don’t know what Slugcrust‘s frontman is screaming and roaring about. I don’t need to. I can hear and see his insanity. The music backs him with maniacal drumming , heavy, undulating chords, and gut-punching kick-drums.

Decibel premiered this next one, and included this quote about the song from Turian’s Veronica “Vern” Metztli: “‘Snakehead’ is the story of male violence upon society through the lens of the tragic character Medusa, a woman cursed by the gods to turn men to stone with her ‘evil gaze,’ a trait that furthers her isolation from society and ultimately perpetrates hatred toward her. Man created her burden and then scorned her for it; her vile female gaze that causes them distress and ultimately leads to her death by their hand. A terrific modern metaphor.”

With that in mind, prepare to get slugged hard and have your head broiled while you get screamed at with raw, throat-lacerating intensity.

ASHENSPIRE (“The Law of Asbestos”)

This next song rages about a different subject than the one that has infuriated many of us in recent days. It doesn’t rage right from the opening, which is instead slow, swaying, smoky, and mesmerizing, but it gets there (thanks in large part to the furiously braying vocal proclamations), and its kaleidoscopic permutations will simultaneously give your head a thrilling spin too. The evolving mood of desolation isn’t out of place either.

Now we come to an electrifying dose of heavy-grooved Finnish death metal that both jolts the spine and spins out an array of ominously dark but thoroughly captivating melodies, capped by vocals that come for your throat with teeth bared.

Thank you YouTube for serving up this song right after the one from Shrapnel Storm, because otherwise I wouldn’t have known about it  They match up beautifully, because this one is also a mainlining of jolting groove, and it also dishes up bleak but beguiling melodies, but it also delivers a flash of soloing sorcery and crazed vocals that are raw with torment.

I think these dudes are Russian but I’m not positive. Loosen up your neck muscles….

BEHOLD! THE MONOLITH (“This Wailing Blade”)

Here is the beginning of the change I mentioned at the outset. There’s some unmistakable savagery in this next song (mainly in the terrific vocals), but that’s not what makes it stand out. It stands out because it’s such a thoroughly intoxicating, elating, and infectious trip.

A continuation of the change — a brute-force mauler that transforms without warning into a sunlit, cinematic, and uplifting experience, which unexpectedly I found welcome.

MONGOLITO (“The Death of yet another dream”)

Building on the last track, this next one elevated me, swept me away. Like the title, it’s steeped in sorrow, yet equally fueled by longing and hope. Simply glorious, a balm of splendor for a wretched time. (Mongolito is the solo work of Marc De Backer, aided here by Déha on synths, drums, and additional bass parts.)

Here in the U.S., girls will be born now with different rights than their mothers and grandmothers had. A theocratic patriarchy arrogantly exalts to itself the decisions most personal to them, and hence how they will live and who they will become — mere vessels for other lives. In time this backward theocratic regime will fail, but only through a fierce and courageous opposition.

This next song and video seemed to go hand in hand with those thoughts. Stay with this video ’til the end.

P.S. Heilung explain that Anoana is the Landawariar – protector of the land — and that “Drif” means a gathering — a throng of people, a horde, a crowd, a pack, bonding together to create and to become greater together.

Karl won’t leave Egypt, and that’s just fine. This pairs well with Heilung‘s new song, and extended the spell that I guess I may have needed.