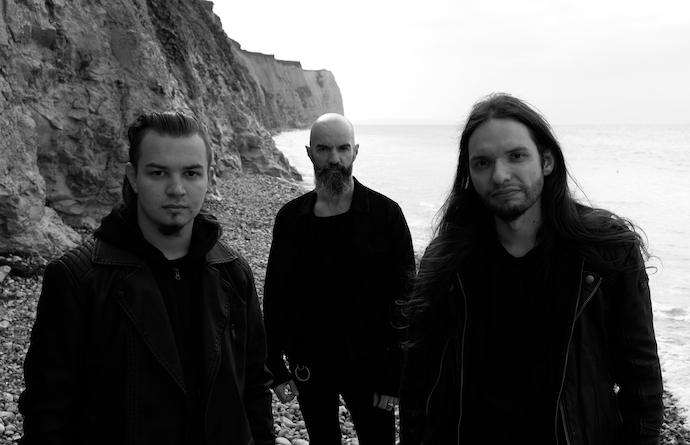 Four years have passed since Soul Dissolution released their last album, Stardust, a phenomenal achievement that still rings in the head with lasting power. Since then we’ve had the good fortune of two further releases by this Belgian atmospheric post-black metal band, the EPs named Nowhere and Winter Contemplations, both of them delivering two long-form tracks it was very easy to get lost in. And now Soul Dissolution are returning with an eagerly awaited new full-length.

The name of the new album is SORA (a Japanese word for “sky”), and it’s described as “a conceptual work about the sky and its many facets”. We’ll still have some anxious waiting to discover what all five of its tracks do with that expansive concept, because the release won’t come until September 30th (via the band’s own Viridian Flame Records). But we do have a powerful first sign in the song we’re helping the band reveal today. The title of the song is “The Absolving Tide“, and it comes with an official video. 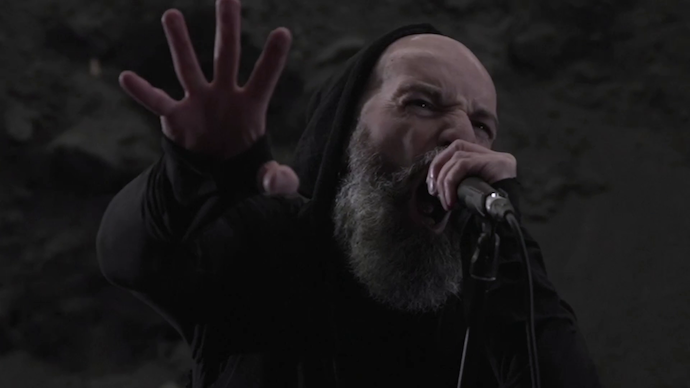 To introduce the song, we first share the band’s own comments about it:

“This song is themed around ‘the storm.‘ This is the darkest song of the album, and probably the catchiest too, so we’re really excited to share this first glimpse into the album with you! We always wanted to make a proper video clip and, compared to the more-or-less DIY approach we used for [2018’s] Stardust title-track, this is definitely the next level here. Bleak Vision did a terrific job on this production; and we’re very happy with the end result!”

The video is indeed beautifully made. It features vistas that both gaze upward at formidable skies and look down from above at rocky wilderness landscapes. It also shows the band throwing themselves into their performance of the song — in a stony setting of their own, one backed by a mountain of urban rubble.

The rumble of thunder and a somber piano refrain open “The Absolving Tide“, but you’ll soon realize that the song packs a potent visceral punch. The rhythms will get your head (and other body parts) into reflexive motion as the lead-weighted bass pulsates and throbs and the drums crack and blast. The band do eventually pull back from their racing pace, allowing melancholy and desolate moods to flower through beautiful but stricken harmonies and the poignancy of the last ringing notes.

But before that final segment arrives, the trill of sky-flying riffs and booming drums will elevate your heart-rate. The music sears and soars, even though it spawns moods of longing and desperation. And speaking of searing, the two-toned vocal tandem is remarkably intense — the snarls savage, the screams lacerating. Firing on all cylinders, Soul Dissolution create a relentlessly gripping and moving experience, and one that won’t soon be forgotten.

Or to put it another way: In the music the clouds roll in, the storm breaks open, lightning flashes and the deluge follows, and as it subsides it leaves us in a state of introspection, alone with our own dark thoughts, even if washed clean.

Further details about the album will be revealed in due time, as will pre-order info. Keep an eye on the locations linked below to learn when that happens.