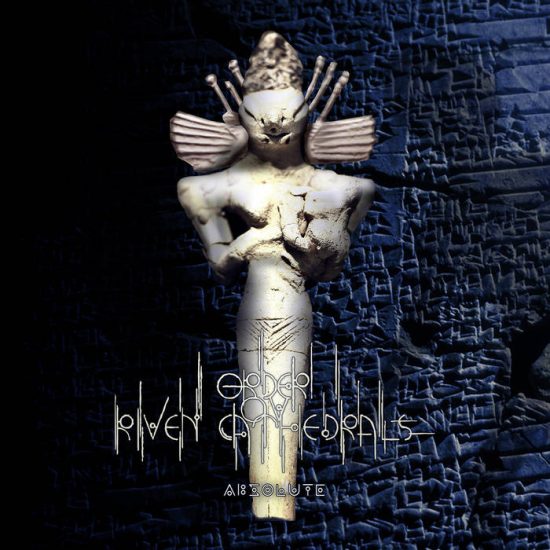 Late May of this year saw the release of Order Ov Riven Cathedrals‘ fourth album, Absolute – their first via a record label. The ever-ambitious brutal death project took some time between their third album Thermonuclear Sculptures Blackness and Absolute, almost three years in fact, after having previously placed themselves on an increasingly intense year-over-year churn of albums.

There’s a few surprising things about Absolute for those who have been following the band as long as this site has. You’re likely already familiar with them essentially as a two-piece hyperspeed blastbeat bulldozer, but Absolute could actually serve as something of a bookend for the slate of releases Order Ov Riven Cathedrals have put out thus far. It shares more in common with the group’s debut release The Discontinuity’s Interlude than its immediate predecessor, especially when you take into account that both weigh in at a concise seven songs and clock in at about thirty-two minutes a piece.

Where they differ, though, is that over the course of the duo’s career up to this point they were growing increasingly brutal and ‘epic’ sounding, layering in some massive synth work on top of their already ridiculously paced music, and Absolute differs in that regard because it’s a hell of a lot slimmer sounding and, surprisingly enough, the most tech-death the band have sounded so far. It wasn’t even the band’s previous releases that Absolute was drawing immediate comparisons to around here after the first go around. Surprisingly, it reminded us a whole lot of The Ritual Aura‘s debut Laniakea.

Absolute starts off pretty recognizably for those who have been following the band through their previous releases. The core of Order Ov Riven Cathedral‘s sound hasn’t shifted that dramatically from disc to disc and Absolute doesn’t buck that trend. If you’ve loved the insanely fast song tempos and walls of blastbeats that the group have used as their foundation, then Absolute has plenty of that past its intro song.

“White Duality” is where all those hallmarks are placed on the table first, right down to the group’s tendencies to pack way too many words into one lyrical phrase, to the point where it seems like they’re going faster and faster just to tumble out the next phrase before the song shifts. It makes sense though, since Order Ov Riven Cathedrals are one of those groups who deploy “everything” all the time, so that ceaseless vocal attack fits right in.

Where you might notice the Ritual Aura comparisons arriving is in large part due to the approach to the guitar work this time, with many of the lead melodies and riffwork politely described as being ‘tech-death as all hell’. Absolute is a dextrous album on that front, and one couldn’t honestly deny that it seems like “White Duality” was laying the groundwork for Order Ov Riven Cathedrals to occupy the same space as a song like Erased In The Purge for instance.

“Consternation DNA” is unceasing in its hammering and there are times throughout where you could mistake the drumming for the often used trope of machine-gun fire. Hefty yells layered over the top of an impressive amount of guitar work packed into the song means that you’ll notice when the song hits after the opening few numbers of Absolute. It’s also one of the shortest songs on Absolute, so it even feels like the amount of work that Order Ov Riven Cathedrals are packing into that song makes it untenable for it to go on any longer, lest they pass out at their instruments.

If you’re looking for more non-stop lead-guitar work though, then “Decoherent Histories” toward the back half of the disc leans hard on it, with the instrumentation becoming more and more alien as the song continues. There’s also something of a rare moment in brutal death, in that the bass guitar has to hang on just as hard to the riffwork within “Decoherent Histories”, so you get some fun and dextrous playing out of that instrument as well, instead of it being used as another bludgeoning tool. The bass does, however, get to groove real hard as well along about the minute-fifty mark of the song in one of the better ‘unconscious need to headbang moments’ of Absolute.

Absolute is an interesting spin on the Order Ov Riven Cathedrals formula because it is the furthest it seems like the band are able to push their current sound. What they’ve decided to push forward and pull back on between releases is largely what differentiates each disc, because the ludicrously fast core of their sound is always going to be a key point. They’ve augmented their style with an absolute battering of tech-death tropes layered over the top of an already dense musical work; Absolute often plays out like an exercise in sanding your skull completely smooth, disguised as a brutal death metal album.

There isn’t a lot of new ground covered within Absolute this time, Instead it plays to a lot of the band’s strengths and slots in rather nicely alongside their growing discography so far. Those hunting for a real fast hammering to the system would do well to check out Absolute.