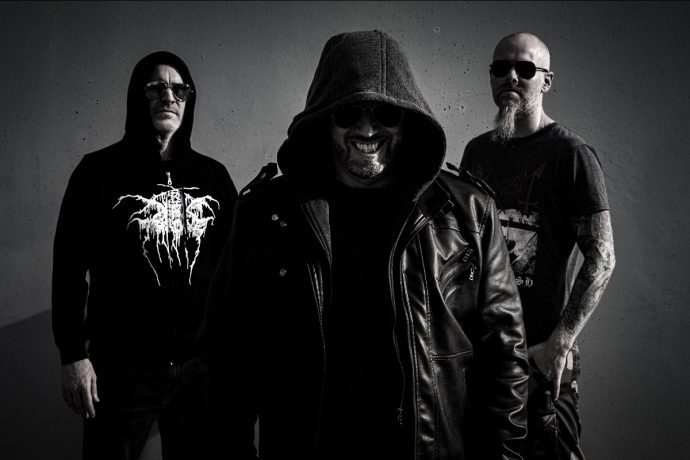 (We continue our week-long series of reviews wherein DGR is doing a lot of catching up, and today he tackles not one but two 2022 releases by the same band, the Australian extremists in Werewolves.)

I get the sneaking suspicion that Werewolves‘ style of music works fantastically well for each person one time and after that it’s a little bit more give and take. Your first album with them is the revelation of how gloriously stupid and how intentionally so the Werewolves‘ brand of music is, and then once that becomes the high mark, everything is a little bit more even-keeled in spite how teeth-gnashing and vicious things may appear from there out.

For me, it was the group’s 2021 album What A Time To Be Alive, which was basically an album of deathgrind front-to-back with almost no chance to breathe. It was an album that basically felt ‘needed’ when it landed with, even if the overall approach was one-note as all hell.

Werewolves have achieved a rapid clip in terms of releasing music as well, essentially going year-over-year since the release of their debut album The Dead Are Screaming. 2022 alone has brought us the release of their latest album From The Cave To The Grave as well as a four-song EP simply called Deathmetal. We’re late to the bus on both, so this rumination needed to cover both releases, but that sure as hell isn’t going to stop us now.

With both Deathmetal and From The Cave To The Grave, the Werewolves crew make it very clear that they have a formula, and if it isn’t broke then they’re not going to fix it. The admission and the reveling in the idea that their music is ‘stupid’ is meant to accentuate that fact, because how else does one describe something so angry to the point that it becomes a “norm” for that band, and something where the drumming is just an assault on the kit until the album wraps up?

If you’ve ever been curious what the idea of “drummer turned into machine” sounds like, Werewolves‘ releases are good guidelines because every one of their albums has required David Haley to just hammer the shit out of a snare drum for thirty minutes and then get the fuck out. In fact, the only real hard shift in style the band make in From The Cave To The Grave is that it has a few songs that are on the “slower” side for the band, including “Harvest Of The Skulls” – which was also included on Deathmetal when it arrived earlier in the year, a release consisting of two original songs and two cover songs. 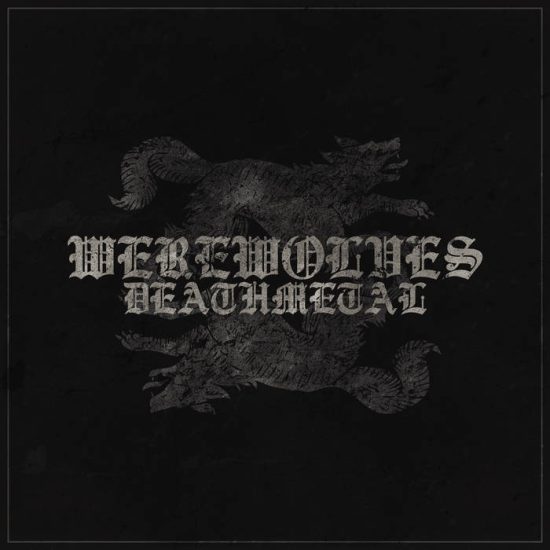 Deathmetal is an intriguing experience not because of the two original songs but because of the two covers. “I Hate Therefore I Am” is about what you’d expect from a Werewolves song, since its 3:19 with you is the musical equivalent of holding a flamethrower to your face, but it falls perfectly in line with its the two covers, Marduk‘s “Christ Raping Black Metal” and Deicide‘s “Behind The Light Thou Shall Rise”.

Both of the covers are played pretty straightforward. They don’t deviate too far from the sound of the original tracks – although you can understand more thanks to current production techniques – but the songs are more smashed through the Werewolves filter and come out the other side sounding like Werewolves’ songs following the path laid by another group. “Christ Raping Black Metal” is a little more different on that front since it keeps the band on the higher-sounding side of things, but Deicide‘s track fits seamlessly into the constant drum crushing style that is the deathgrind branch of the Werewolves tree.

So, oddly enough, you have the one previously mentioned slow grinder that found its way onto From The Cave To Grave later on, and three faster tracks. Regardless of anything else, it still results in feeling like Werewolves have pumped out a lot of fucking music this year. 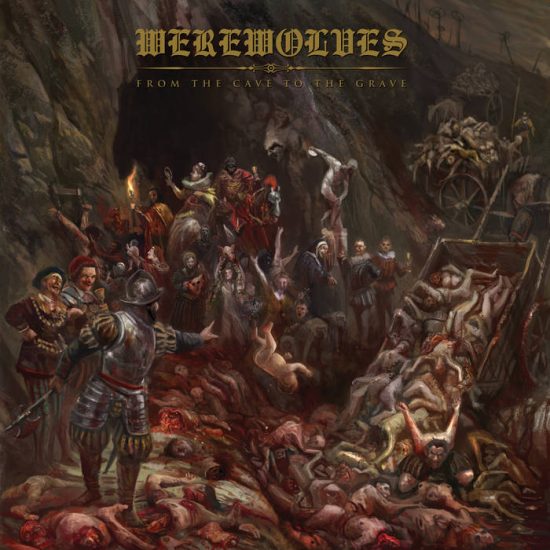 With the idea that Werewolves‘ songs are basically like rocking out to the sound of machine-gun fire, what then sticks out within the bounds of From The Cave To The Grave? Rest assured that all the hallmarks of the band are there and the album itself actually stands pretty much side-by-side with its two predecessors, though there’s no song as individually strong as “Mission Statement” from What A Time To Be Alive. Instead you wind up with a pretty even spread of good-to-great across it, so that you’re just constantly tossed about for thirty-five minutes.

Yes, the song “We Are Better Than You” is the least subtle thing out there, and it just highlights that fact when one of the last lyrics of the song is the vocalist yelling “How dare you buy our music?”. The intro song “Self-Help Book Burning” is equally punchy and one of those that’s hard not to get excited for since the movie sample that opens that particular track is so well chosen.

There’s a solid pairing of tracks with equally sharp grooves toward the latter half of the album with “Oedipus Tyrannis” and “Nuclear Family Holocaust”, with the latter being the more traditional sewage-grunting death metal sounding due to the prevalence of low-vocal/high-vocal exchanges throughout the song. By comparison, “Oedipus Tyrannis” is written as the rock-crusher of the two. It’s a big, chugging groove buttressed by big, brawny vocal work and, yes, it’s about as stupid as the band claim to be overall.

Listening to From The Cave To The Grave and Deathmetal always comes around to the same conclusion. Over the past three years Werewolves have put out a lot of music. That’s the sort of revelation that arrives when you realize just how consistent the group’s discography has been. They found their mark very early on and have essentially expelled a yearly vomiting of that exact style. You only get to do that for as long as that specific style works for people, and right now, with From The Cave To The Grave/Deathmetal, that style still very much “works”.

It gets a little long in the tooth at times, wherein all the constant anger and teeth-gnashing become banal and normal, but Werewolves have written mood music. It’s fast, angry, and never claims to be anything more than that. For all claims of superiority and domination here, the music is still – and intentionally so – rock-crushingly dumb. This is stuff you throw on because it has the inverse effect of calming you down. This is stuff for when the outside world deserves the amount of vitriol issued by the band. This is stuff that is going to be perfect for those of us who work retail and the holiday music playlist begins. This is music that propels you forward by the sheer force of “stupid”, not necessarily by any artistic merit.

The deathgrind grooving and blastfest attack remains solid on From The Cave To The Grave and it’s hard to see Werewolves feeling like they need to move too far from it.

One Response to “WEREWOLVES: “DEATHMETAL” AND “FROM THE CAVE TO THE GRAVE””