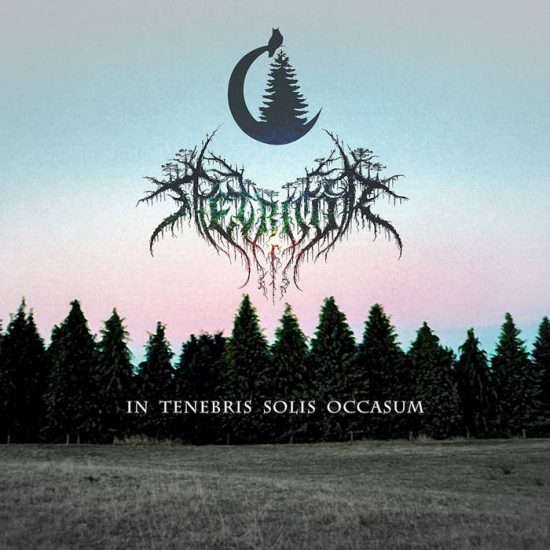 What we have for you here is the complete streaming premiere of a most unusual split release named In Tenebris Solis Occasum, which is being released by the New York label Fiadh Productions. It includes three tracks each from two solo projects, Michigan’s Crown of Asteria and the Chilean project Petricor. Our premiere coincides with the opening of pre-orders for the tape edition of the split.

All together, these six tracks provide a fascinating and highly varied experience. Both projects are connected to black metal, and with a broad brush someone might paint them both as “atmospheric black metal”. That’s always a nebulous term, but it’s even less informative in the case of this split, which really is impossible to sum up with a label or even a paragraph.

And so, many paragraphs lie ahead of you, though of course no one will give you a black mark for skipping down to the bottom and beginning to listen right away. 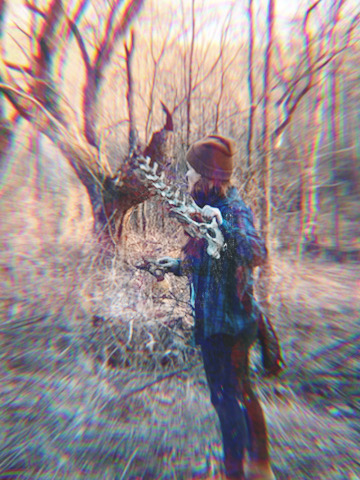 For those new to Crown of Asteria, it’s the prolific solo project of Meghan Wood, driven by (in her words) “a personal path of nature aligned mysticism and thirst for things not of this world”. Experimentation and change have characterized the many releases, with a style that has varied from primal atmospheres, black metal ambience, and ritualistic folk to pure strummed acoustics, and with significant variation in the vocals as well, ranging from chant-like choirs to clean folk-songs, from freezing blackened shrieks to deep gutturals and spoken words by otherworldly voices. Crown of Asteria has also employed a variety of instruments not common to metal.

The style really does vary significantly, so what have we here on this split? In a nutshell, of the two sets of tracks combined on the split, Crown of Asteria‘s music is the more viscerally powerful and elaborate of the two. The music becomes ravaging and ravishing, reaches rarefied heights of splendor, transports us into mystic realms, and descends into haunting and harrowing moods.

Crown of Asteria‘s first two tracks on the new split, “Chasm of the Half Light” and “Wild Auras“, are long ones. A brief riot of drums launches the first of those, which then unfolds into a mass of riffage that’s gnarled and yet flows, like a dank and dismal stream within oppressive woods. The vocals are harsh and searing, screaming and roaring, and the drumwork, though less riotous than at the start, is a continually vivid and jolting sensation.

The music changes course, segueing into the mystical shine of synths above a throbbing and growling bass and those pulse-punching drums. It’s as if the stream has found an open space beneath moonlight or at dusk. It’s a glorious experience, but gradually becomes searing when the vocals erupt again, scalding the mind with their intensity. The music wails in anguish, but is no less magnificent for that, joined by haunted singing.

But the song hasn’t yet run its course, and before it does the vocals vary again, the guitars burst open in feverish pulses, the drums surge into gallops, and the music soars and sweeps in a conjoining of splendor and torment. At the close, stars seem to sparkle.

The second long track, “Wild Auras“, is every bit as varied in its own journey. It jolts and jars, boils and blazes, and the layered vocals scrape and claw with frightening intensity, creating visions of emotional ruin. The constantly morphing drumwork, as before, repeatedly seizes attention, especially when the tumult abates and the guitars chime and whine and ringing voices rise. And as before, the song carries us into grandeur, conjuring vast vistas, like a wild wilderness stretching to the horizon as viewed through the eyes of a hawk.

The third song, “Deerstalker“, is roughly half the length of the other two and is an entirely instrumental piece. We have this comment about it from Meghan Wood:

It was inspired by Hekate’s epithet Agallomenen Elaphoisi or Rejoicing in Deer. I chose Deerstalker because it’s simply another title of hers. She is known as “She Amongst the Deer” as well. So seeking Deer out on purpose in a curious manner is to me, heeding a call to learn or witness a message from her. It could be the grace of the animal, their almost unnatural ability to cross in front of us unnoticed when needed, adaptability, Secrets, quiet observation.”

The song swirls the mind, layering in an array of percussive ticks and otherworldly synths that are both beautiful and ominous, both seductive and chilling. There’s a deep hum in the music, like some daunting subterranean undulation, but the orchestral waves high above are awe-inspiring, A myriad of other tones glitter and whistle, and eventually become unnerving. 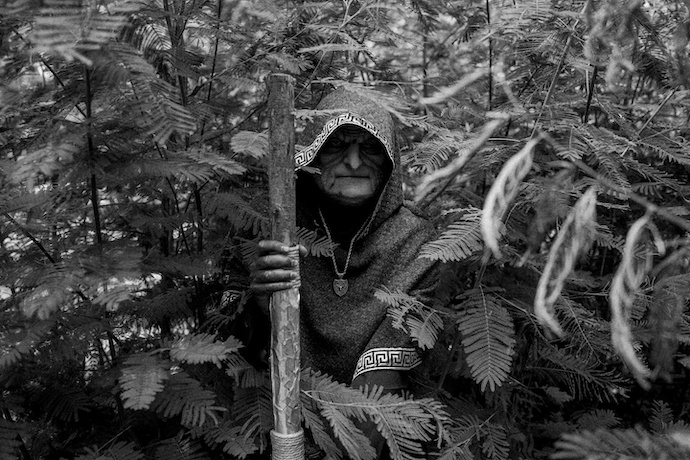 Petricor‘s music is new to us at this site. It was created by Chilean musician El Ermitaño in 2017 as an atmospheric black metal project. We’re told this much about the project, but not much more:

“PETRICOR is the name given to the smell produced by the first rain when falling on dry soils, which is popularly known as ‘wet land” or simply ‘rain smell’. This name defines the concept and sound of the band, alluding to the dark side of nature, with an instrumental and atmospheric sound, evoking a crude and simple but very authentic old sound”.

Perusal of Petricor‘s Bandcamp page shows a June 2020 album named Australis, a remastered edition of the same album released in August of last year, and a few singles.

The crash and rumble of thunder join with a swath of gleaming and chiming tones to start the first of these three new songs, “Petricor III“. A dim drone of abrasion rises, together with the harsh echo of an even more distant howl and the appearance of timpanic beats that are almost indistinguishable from the thunder. The juxtaposition of abrasion and crystalline clarity helps create a juxtaposition of moods, which seem to be a union of glowering grimness and ethereal wonder.

With “Petricor IV“, the music changes gears, thanks to the big rumble and tumble of drums and startling bursts of abrasion, which sound almost like fog-horns or broken sirens. There’s still a backing wash of shimmering synths which acts like a prism through which we witness those primal beats and clawing chords. The song is based on repetition. Everything cycles again and again, like the accompaniment to a shamanic spell-casting. Near the end, the drums blast and frenzy is given free reign.

Confirming the impression that Petricor is full of surprises, the final track (“Petricor V“) is an elegant and ancient acoustic instrumental, a glimpse of classical chamber music. Both melancholy and bright, it casts its own short spell. For this beautiful composition, Maestro Fernando Parra performed acoustic guitar, and Caroline Salmona was the violinist. 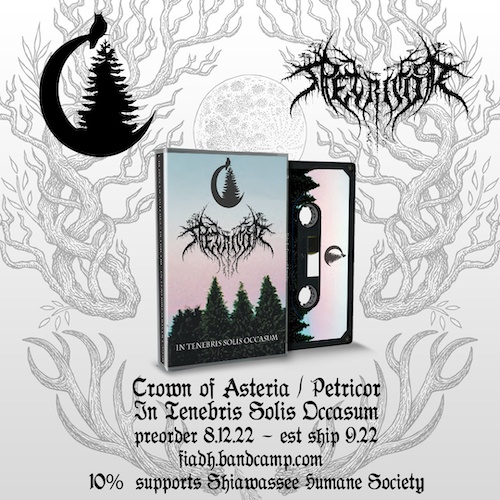 In Tenebris Solis Occasum will be pressed on 100 blue cassettes with full color J-cards. A portion of the proceeds from all of Fiadh’s physical releases always goes to the charity of the artists’ choice – and most often it’s animal-related. In this case, 10% of physical proceeds will be donated to Meghan Wood’s choice of the Shiawassee Humane Society (https://shspets.org/).

The album goes up for pre-order today, and the tapes will be shipping in mid to late September.

3 Responses to “AN NCS SPLIT PREMIERE (AND A REVIEW): CROWN OF ASTERIA / PETRICOR — “IN TENEBRIS SOLIS OCCASUM””