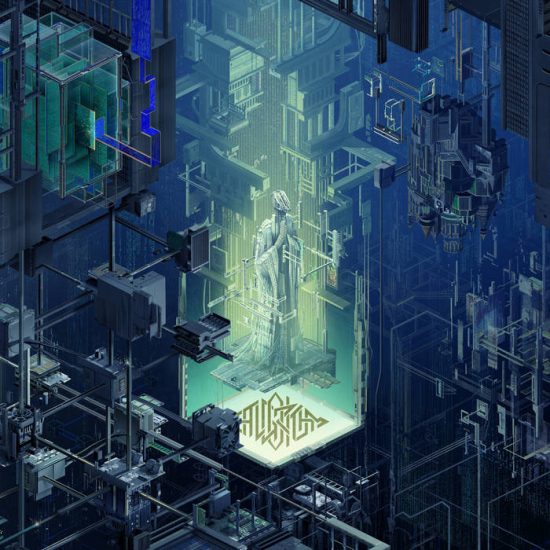 (We’ve reached the end of a week-long series of reviews by DGR (a few more are still coming next week), and in this one he takes us off our usual beaten paths, even if not so unusual for him.)

Sound the air raid siren, it’s the “not heavy metal” alert time. Though there’s no singing either.

Sometimes writing up a disc can feel like an exorcism, especially when it comes to something that isn’t part of the traditional heavy metal sphere. This has been one that has been resting at the back of the brain for a while too, like many that were caught in the MDF-to-NWTF window, a three-week gap that somehow managed to vanish in between festival chaos.

If you’ve read the site for a while you’ll probably recognize the name The Algorithm as an electronic/metal hybrid that has often danced into and out of the worlds of djent and a handful of other styles as the interest has struck founder Remi. The project that has been kicking around for some time, and due to the nature of it always dancing on the fringes of – and often hybridizing – a handful of different genres, every album has always offered a musical adventure, album, so long as your tolerance for varying electronic styles is up there. 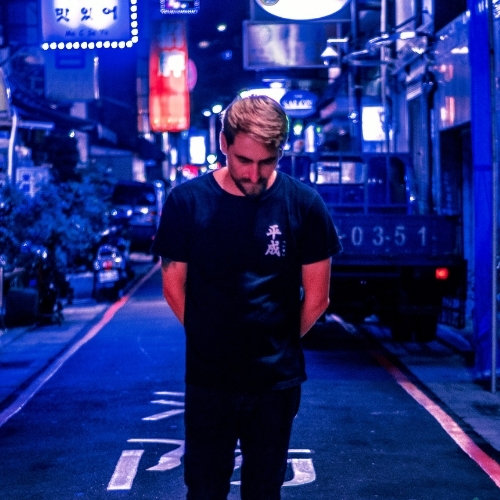 Yes, you’re reading this correctly, we won’t be diving deep into the world of heavy metal this time. Instead, we’ll be using heavy metal as a lifestyle filter and applying it over the controlled chaos, messy industrial noise, and angular beats of The Algorithm and its June 2022 release in Data Renaissance – which once again offers a vastly different approach to its music in the face of the epic-length and prog-adventurousness of its predecessor, Compiler Opitimization Techniques.

Data Renaissance patterns itself after the most recent few The Algorithm releases in that it sounds like it was written as one large block of music. While Compiler Optimization Techniques did much the same thing, that album accomplished the task by often letting its tracks reach into stratospheric lengths, whereas Data Rennaisance breaks them down into more bite-sized chunks and movements. While songs do blur and segue into one another on the new record, there are a few recognizable clean breaks or sudden shifts in genre where the disc’s tone changes.

The Algorithm‘s releases can often play out like snapshots of a much wider scene. That’s not necessarily to say that this is a project at the forefront or breakout of the ever-evolving and mutating musical world it is a part of, but more a comment about what it absorbs into itself in the wider scale. So it isn’t too shocking to hear just how electronic Data Renaissance is, as if it’s seeking to provide the backing soundtrack to the plasticine cyberpunk world it emulates on the album art.

Where releases before have often felt like a drummer, guitarist, and DJ in a locked-horns duel trying to one-up one another with a wall of sudden time changes, off-kilter rhythms, and random bursts of creative heaviness, The Algorithm has cooled a bit in that regard. Data Renaissance sounds like it is arriving off of the post-comedown of an expulsion of music like the one prior to it. It’s still aggressive and heavy at times, since it seems like that will never leave this project’s system, yet it remains more composed, and the songs aren’t as prone to darting about as they used to be. That’s why opener “Segmentation Fault” and “Interrupt Handler” can move easily into one another, because the main spine of the two remains so strong throughout.

Things get a little more menacing and dark within the three following songs: “Decompilation”, “Readonly”, and “Cryptographic Memory” all straddle the line between the ominous chill that the opening songs hint at and the full aggression that early The Algorithm releases were known for. While there may not be as much use of guitar as a bludgeoning instrument as there was back then, you can still draw easy analogues between The Algorithm‘s melodies and destructive instrumentation to see how easily they could filter over into regular musicianship – assuming the talent is there to hang on to all of the mechanical shifting that’s happening.

Those three are the songs where the appeal of the project to the average rock-headed metal dude is made clear. “Cryptographic Memory” – likely why it was chosen as an early single as well – leans the hardest into the scattershot nature of the style of the three, laying all of its elements bare on the table in front of you.

Yet “Readonly” is the chugging riffmonster of the triplet. It goes full breakdown-core for a few moments before traversing back into the cybernetic nature of the disc as a whole. But again, this is bread and butter for The Algorithm as a style, so it’s still good to have one of those pop up while we’re drifting through musical code. Extra fun when you take a song like “Multithreading” late within Data Renaisance‘s lineup and compare the two, noticing just how much an extra layer of keyboard melody can add to a song that is otherwise stomping its way through a similar musical playground.

The Algorithm has been in a musical world to itself for a while now. Recent releases have felt like they’re providing soundtracks to scenes that don’t exist, yet it’s not too difficult to find yourself imagining all the stuff happening, accompanied by the ever-constant procession of beats and distorted instrumentation working its way through your head.

The project has been through a handful of evolutions over the years and you could view Data Renaissance as a hybridizing of the constant progressive drift of Compiler Optimization Techniques and the punchier Brute Force prior to it. They’ve all, however, been so ensconced in a world of synthesizers, keyboards, and computers that when listening to these you can’t help but envision the mechanical ghosts floating through cyberspace that science fiction always talks about. Even the cover art for Data Renaissance looks like it could be taking place in the world of Supergiant’s 2014 videogame Transistor.

While Data Renaissance shares a lot of DNA with its immediate progenitors, it’s a good floating point for those charting the evolution of The Algorithm as a whole. You’ll recognize a lot of the elements at play here but it has to be mentioned that once again, somehow, The Algorithm manages to keep things interesting without ever letting any of it feel like you’re just listening to gears turn.

One Response to “THE ALGORITHM: “DATA RENAISSANCE””