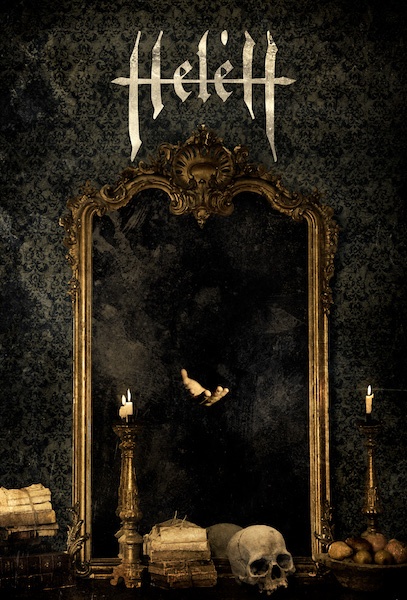 (Our friend Comrade Aleks has an undisguised and widely-known devotion to Doom Metal, and when he discovered this Argentinian band doing it absolutely right, he reached out for an interview which we now present to you.)

Honestly, I don’t know a lot about the Argentinian music scene, and when I discovered Heléh’s debut self-titled album, I was intrigued. The trio from Cordoba provides solid traditional doom metal in the absolutely true old-school vein. They sound really grim and almost epic, so I was literally charmed with their low tunes.

It saddens me always when a good band with high potential has poor exposure, and there’s not much information circulating about Heléh. So we’ve done this interview with Gonzalo Civita (vocals) in order to reveal some facts about the band.

Hello Gonzalo! How are you? What’s new on your side?

Hi Aleks, everything is fine here. How are you?

Not bad yet. But I heard that official medical authorities have proclaimed another wave of Covid, as if we don’t have enough shit to deal with. Do they return masks in Argentine already?

Here the masks come and go… It’s a topic for a long time. In Argentina the dispositions are taken according to how the people value the image of the damned politicians… Better not to talk about certain things. 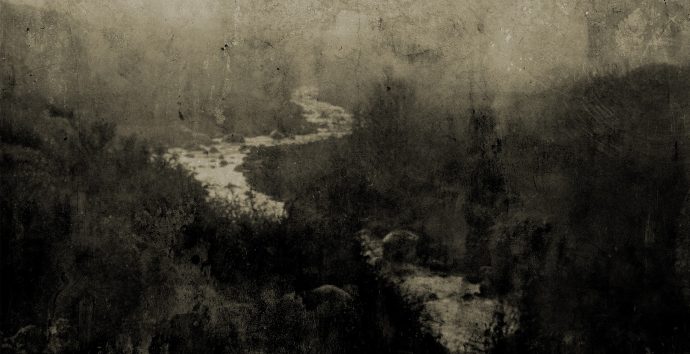 Okay, back to the matter then. I see that Heléh is a trio and some of you have experience playing in other bands. Can you tell us more about your background?

I am part of the Tribal band, where we try to move through the different genres of metal, without corrupting the sound of the band itself.

So what made you come together in the name of quite traditional doom metal? What bands inspired you?

Particularly I was always a lover of doom metal. It was born from the need to write music for certain songs that didn’t fit with my other band (Tribal). So I told Matias the idea (he is also producer of Tribal), and he showed me those suicidal riffs. A few minutes passed and HeleH was born.

Many bands inspired us, maybe some bands are more reflected than others; from bands like Black Sabbath, Candlemass, Solitude Aeturnus, Spiritus Mortis, Warning, Count Raven, Cathedral, an bands like Primitive Man, Hell, Pallbearer, Monolord, Spaceslug, and others… And there is some traditional heavy metal, or at least that’s what I want to think hahahaha — Priest, Priest, Priest… 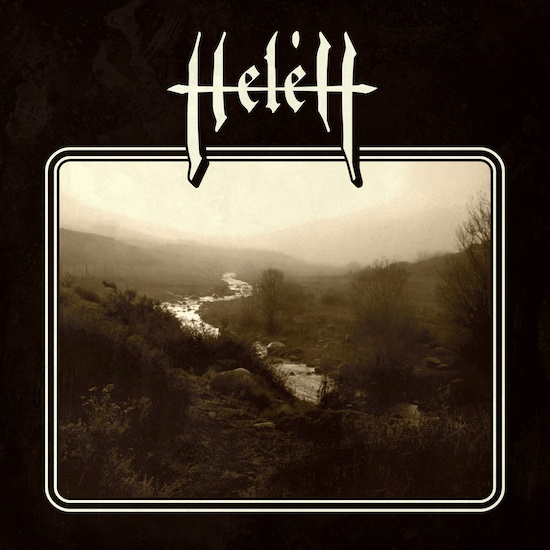 How did you work on your self-titled debut album? What kind of ideas did you seek to realize through it?

The songs were already written, though for sure we made a couple of adjustments. Some riffs created by Matias were easily coupled to the lyrics written by me, and other riffs were born from the intensity that the lyrics deserved. In this first album we seek to explore different faces of doom, creating landscapes of different reliefs: desolate, oppressive, sad, angry…

And yet you chose traditional doom as you’ve pointed out above, though there’s a bit of its extreme side too. Do you like what you got on the debut? Will you turn to sludgy stuff with the next release? Honestly, I’d prefer to get Vol.II written in the similar vein. I love the album and especially how the Spanish lyrics sound.

It’s good that you enjoyed it. We will surely continue to explore the world of doom metal more. Most likely Vol. 2 will have more sludge and target more extreme regions, but always doom. As for the language, we plan to do it in English, but we’ll see…

Gonzalo, do you have any support from any label or just local or underground fanzines in general? How to promote the album?

At the moment we do not have the support of any label, it is all self-managed. Some local and international radio stations, as well as specialized podcasts in the genre, were interested in our music and played some of our songs, and we are very grateful for that.

We uploaded the album to specialized YouTube channels and to our channel. It is also found on the main digital platforms such as Spotify.

You chose to write the lyrics in your native language. What kind of themes do you use in your songs?

The lyrics have different fundamental topics, but at the same time they are written for a free interpretation, so that the listener makes each song their own. We cover different topics, about being dead in life, about what love means (what we believe hahaha), hell, loneliness, the ghosts of the past, etc… pure doom.

What’s about hell? Are you religious?

I am not religious in the sense of professing traditions. I have my faith, my own faith, with a permissive god hahaha. That every time science advances it becomes less powerful. He is there to give comfort to all that we don’t know, yet. With regard to hell, it is a metaphor for punishment itself. I think that hell escapes all religion, you don’t have to die to be in hell… The word hell is very powerful, that word automatically takes you to your worst place, whether you are a believer or not.

How much of Argentina is there in Heléh? Do you see your music as something universal or do you see some local characteristics there?

Of course, living in Argentina is already too Doom hahaha. But the content of the songs is universal. There is no content that can only be understood by Argentines. Well, yes, maybe because of the language…

The Argentine metal scene itself is dark, and the local doom metal scene is something absolutely mysterious. Funeral Doom’s Fungoid Stream project and Psycho Doom Mephistopheles gang is all I know. Oh, there’s also Ora Pro Nobis, they’ll probably finally answer my questions if they watch this interview. So how do you see it? Is this genre so unpopular in your area?

Local radio and popcast told us we were doing something unusual. This caught our attention. In any case, doom is a genre that has always been there, and there are more and more local bands of the style, from classic doom to stoner psycho doom, funeral black doom, and all possible combinations.

How often do you play live with the band? How many venues do you have that are friendly to bands like yours?

We haven’t gone out to play live yet. It’s something we’re planning. We want it to be an intense audio-visual experience. Here in Córdoba, Argentina, there are many places to play this genre and there is more and more public.

What are your plans for the next album?

We are preparing the staging for a live video. We are also writing new songs for our second album.

Thanks for the interview Gonzalo! Just let me know when you have second album ready and we’ll figure out something.

Thank you for giving us your time and for sharing our music. When we finish our second work we will let you know.

One Response to “AN NCS INTERVIEW: HELÉH”