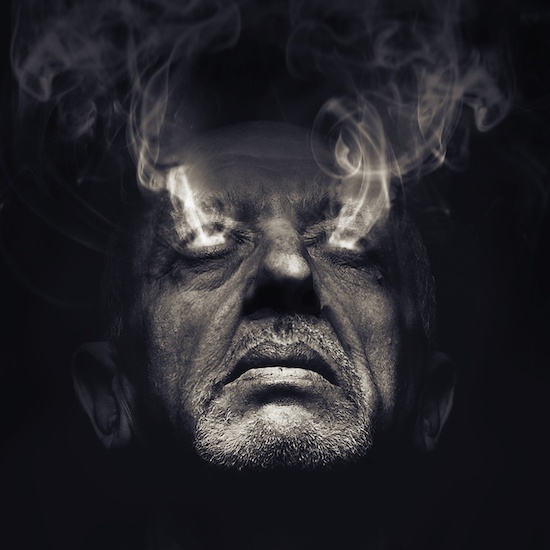 When we had the opportunity to premiere We Disappear, the second album by Poland’s Hegemone (released in 2018), we introduced it this way:

“If you’re looking for titanically heavy music, the kind that will loosen your teeth and vibrate your spinal fluid, you’ve come to the right place. If you’re looking for music that glimmers and shimmers like the northern lights, you’ve also come to the right place. If you want the sounds of tension and pain, lead-weighted gloom and feverish desperation, mechanized warfare and sunrise grandeur, you’ll find that here as well — plus a steady dose of what makes people compulsively bob their heads…. The music surges and subsides, seems to crack the earth and heat the blood to a feverish boil, and spirits the listener away to heights of of perilous and panoramic wonder.”

We Disappear made our veteran writer Andy Synn‘s list of 2018’s “Great Albums”, and one of the tracks also appeared on our list of the year’s Most Infectious Extreme Metal Songs. No wonder, then, that we got very excited to learn that Hegemone would be releasing another album this year. The name of the new one is Voyance, and it’s coming our way on September 15th via Brucia Records.

Thankfully, we again get a chance to help introduce Hegemone‘s music, through today’s premiere of a stunning new song named “Inference“. 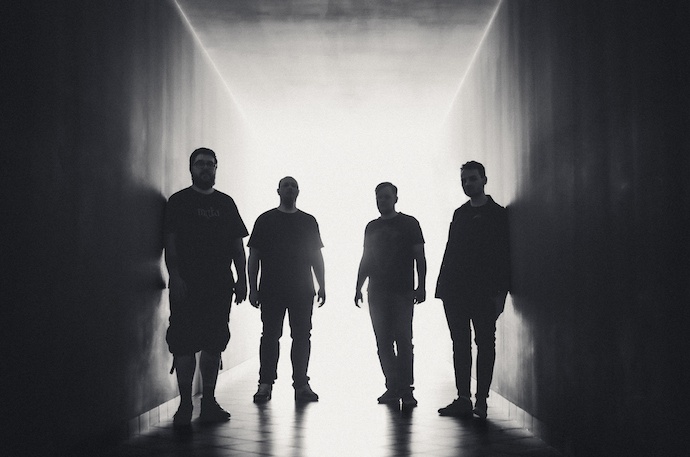 Hegemone explain the song’s concept: “‘Inference‘ is about delusions that we as humans feed our consciousness not to feel empty. It is about the necessity of giving sense to our lives, as we can’t stand that all our being is as simple as it seems”.

In the music, Hegemone carry forward the genre-splicing tendencies so vividly demonstrated on the last album, weaving together elements of black metal, post-metal, and sludge to create an experience that’s viscerally powerful — bleak and desperate but also terrifyingly grand.

Slow crystalline notes open the song in a sombre and haunting melody, but then Hegemone pull the pin on a sonic grenade inside your head, suddenly setting off an explosion of blasting drums, scathing riffage, shattering screams, and ringing, lightning-flash leads that swirl toward the heavens. The feeling of calamity is powerful, but so is the feeling of frightening splendor and vast sweep.

The drums boom and the guitars shine with blinding otherworldly splendor even as the vocals continue to flood the senses with their extreme torment and the percussive patterns continue to hammer away at the listener’s pulse. The music’s storming destructive intensity swells to breathtaking proportions, yet those celestial melodic rivers, shining and soaring, continue to seize attention as well.

“Inference” is the third single released from Voyance so far. The second one, “Odium“, had its premiere at Idioteq, where the band explained it in these words: “‘Odium‘ captures the feeling of void caused by the concept of a world with no god. The sadness of the vision where religions and prayers are only songs for the dead, taking our consciousness away from the fact that death is the actual end of our existence”.

Before “Odium“, Hegemone released the first single “Abeyance“. It’s an unnerving but jaw-dropping trip, abrasive in its dissonance and with guitar leads that quiver like needles under the skin driven by unsteady hands. The drums rumble like boulders coming down in an avalanche, and the vocals (both shrieked and bellowing) are as terrorizing as ever. Yet once again Hegemone lift the song in wondrous ways, through expansive musical panoramas that are awe-inspiring and unearthly yet unmistakably stricken by pain, pleading, and sorrow.

Or to envision the music in a different way: Hegemone don’t trudge through the lowlands or wallow in the mire. They take their pain and anger up into the mountaintops, where cold storms rage, avalanches crush, and what separates the earth from the celestial void is only a thin veil.

Voyance was produced by Kim Teglund. He recorded it at MAQ Records & Sore Sounds, and mixed and mastered it at Sore Sounds. The album features original artwork, layout, and artistic direction by Evokaos (Brucia Records). It’s roughly 48 minutes long and will be released by Brucia Records digitally and on Digipak CD. It comes recommended for fans of Cult of Luna, White Ward, Conjurer, and Downfall of Gaia.