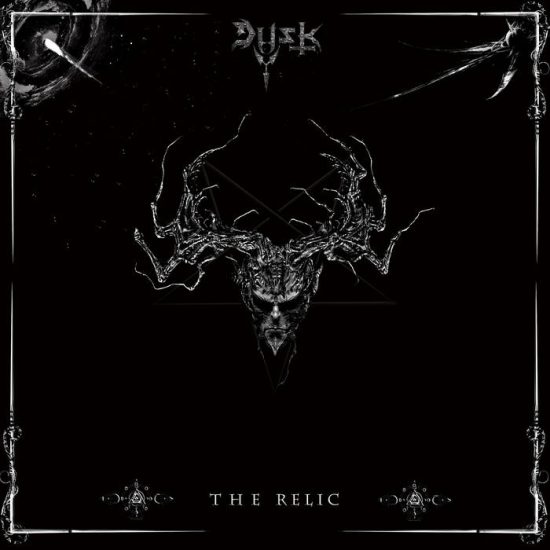 Amidst a time when industrial black metal regains considerable ground in the urban surroundings of COVID isolation, Costa Rica’s DUSK attempt to offer a peculiar recipe of their long-lost youth. An in-depth review by Axel Stormbreaker.

I always enjoy a good scavenger hunt. It’s tricky, spicy and refreshing in ways that contradict the mundanity of a busy city life. Same reason why I tend to avoid people who don’t like, or even appreciate, the first three chapters of the Indiana Jones film series. They lead lives of stolid mediocrity, yet shall revolt hastily when real change is imminent. They desire excitement, yet feel complacent in the safety of the norm. They don’t quite get it’s not the destination, but the journey itself, that broadens one’s horizon. Especially since everything could become the same bland fare, when provided to one a bit too freely.

All in all, Costa Rica’s Dusk do meet the said criteria of an exciting discovery waiting to be made. Especially when the vast majority of listeners either prefer to stick to the classics, or follow the bands others seem to enjoy. Certain metal labels also do pay attention to trends, or even a band’s country of origin, as their investment requires some ground fertile enough to cultivate a growing fanbase. Add to that how Costa Rica is known to mainstream metal for… basically nothing, and you can’t help but appreciate a (hypothetical) dose of well-concealed sarcasm. 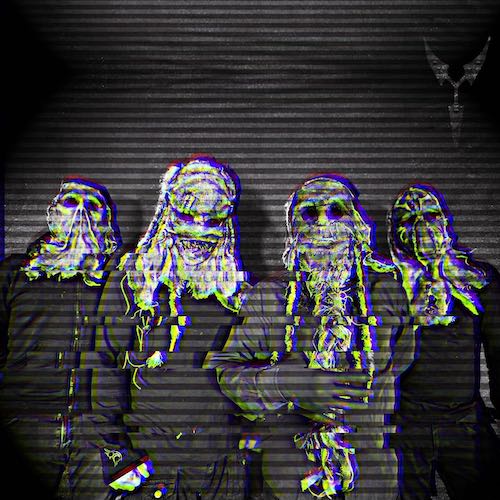 The thing is, The Relic is indeed destined for the utmost of downfalls. Yet, its title and subsequent design do stand as a parallel reference to extraterrestrial chapters recounting hope, betrayal and extinction; like in the ancient myths of numerous lost civilizations. It’s the very sci-fi oddity of its encloaked aesthetics that constitute its vibe as almost… archaic in essence, as it’s raw, unpolished and compressingly claustrophobic (nearly at all times). It can get messy, especially when its drumming patterns reach their climax, yet I do believe the said distortions were not necessarily an engineering mistake. This is much less about defective mixing and much more about budget issues, since they only failed at perfecting a vision they already embrace.

In case you lost your focus, lemme take this right from the beginning. It’s needless to state how experimenting afar from your typical foundations may enrich your creativity; especially when your exponential needs stray far beyond metal. While you could state “not a thing about this album seems right”, in truth all suited influences are perfectly regulated. Dusk chose to consciously rid themselves of any conventional means, by drawing significant inspiration from how the French industrial scene messed with bizarre distortions. Hence, I firmly believe Blacklodge’s T/ME relates as the most obvious point of reference, especially when testing the flavor of “Vector G [Gravity XVI]” can point out the same collisions seeping over-the-top distortions.

At the same T/ME (bad joke here), Dusk stretches its limits towards areas gravely forbidden to metal. Because what we have here emits ethereal ambience that’s contrasting with dim effects and hypodermic melodies. On the one hand we have Cold Meat Industry and Swedish dark ambient (Deutsch Nepal makes a good example), while on the other the more greyish side of ‘90s German techno (or even vocal implementations of old-school EBM). Of course, I’m aware the younger folks sometimes name these subgenres as “space ambient”, or even “darkstep” nowadays, but let’s face it: a huge portion of our music has been played numerous times before by older artists who were vastly exceptional. 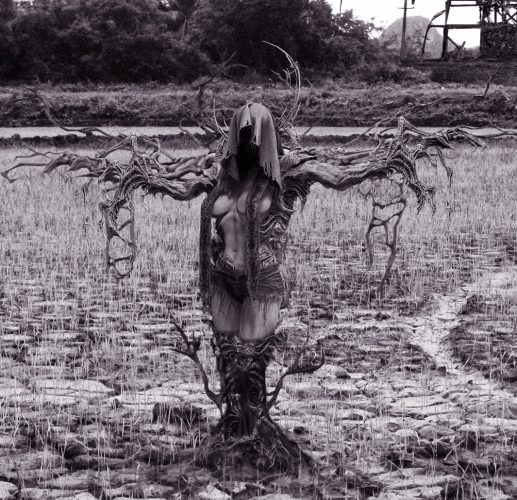 Nevertheless, I must give as much credit to a YouTube comment as to the artists themselves for pointing out some accurate structural points. The said user described The Relic as a soundtrack to a horror movie, while the band considers it an urban technological nightmare. Personally, I assume both are correct, as its internal flow succeeds in calibrating its foundations at a remarkably proportional rate. Its vibe does feel narrow by following antique aesthetics, but it fulfills its purpose as it allows the right amount of space to breathe. I know, it’s supposed to be a “modern sounding” record, but I can’t help getting these images of a retro sci-fi menace, greasily creeping around the corner. All I need is to press play and its post-apocalyptic scenery would throw me straight into Alien, Predator 2, and Hardware (featuring both Lemmy and Iggy Pop, heh).

Then again, I cannot deny certain aspects of its production are deeply flawed. Especially when the aforementioned distortions result as unequivocally abrasive, to a degree that affects the very ambience of the record itself. However, the only thing certain is if you’re from Costa Rica you chose to play metal either to rock your brains out, or to create something that bears genuine worth. And while The Relic does seem far from perfect, its songwriting still feels rejuvenating in a sense most bands don’t motivate me nowadays. These guys crafted a hopeless record that’s too alien to conventional tastes, just as it’s too metallized to devotees of the abstraction. I can’t help but sympathize with their case, so if you’re in the mood, feel free to grab a shovel, donate a buck, or recommend them to friends, so they might someday release an absolutely perfect record. Either way, don’t pass by creativity and be open to understand what appreciating a true Relic is really all about.