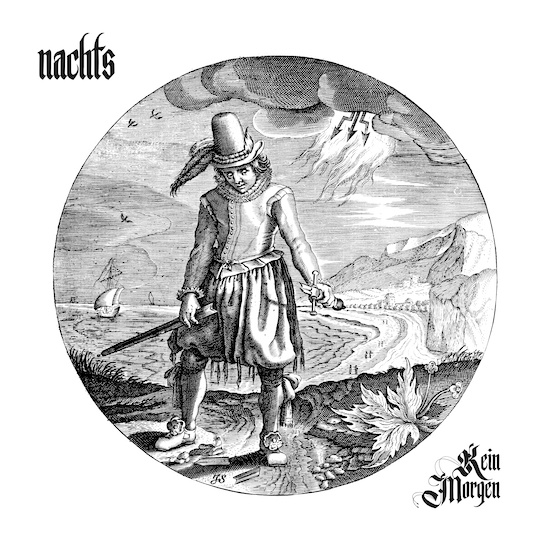 The German musician Wiedergaenger (a member of Total Negation, Absolutum, and other bands) has used his solo project NACHTS as a vehicle for moving through ever-changing sonic terrains.

Beginning in 2009, four demos and EPs have been released under that name, traversing lyrical themes that have included encounters in nocturnal in-between worlds, abysmal stories, and ruminations on death. Black metal has provided the musical framework, but through each release NACHTS has demonstrated an impatience with convention and an eagerness to explore different recording techniques and sound aesthetics.

The newest work of NACHTS is an EP named Kein Morgen (“No Tomorrow”) that will be released on September 30th on cassette tape by the Crawling Chaos label. It encompasses 7 tracks and 25 minutes of music, and today we premiere a video for the EP’s title track. 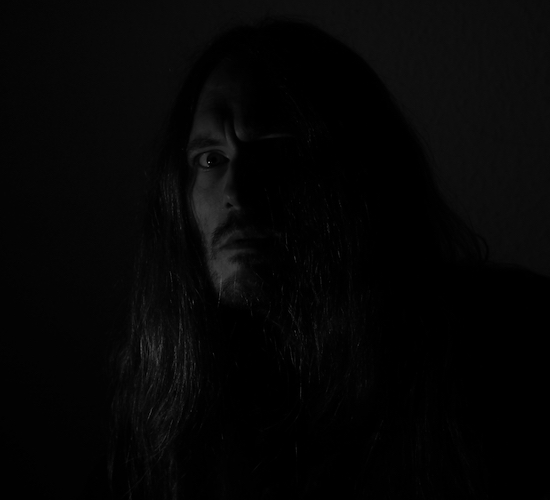 The imagery in the video consists of excerpts from a 1908 silent fantasy film called La légende du fantôme by the Spanish director Segundo de Chomón. The film portrays a valiant woman’s trip through Hell in a quest, commanded by phantoms, to obtain”‘the water of life” from an underwater kingdom. These scenes were an inspired choice for the music, because the music is itself hellish and fantastical.

Backed by the thump and clop of the drums, the bass burbles and meanders through a dense, buzzing mass of distorted chords that sound grim and grievous — and authentically unearthly. A voice shrieks the lyrics with terrifying intensity, and the drums erupt in a hurtling riot as the riffing elevates in a semblance of anguished derangement.

The drum rhythms continually change, and so do the moods of the music. The layered guitars rise and fall, seethe and scream, become cold and abysmal, and seem to channel crazed confusion and torment, until percussive rattling brings the entire harrowing experience to a close.

It’s a gripping song, and an unnerving one, because if there’s an emotional through-line in these chilling maneuvers, it’s one of hopelessness.

Crawling Chaos has limited the run of cassette tapes for Kein Mergen to 200 copies (distributed by Tunecore), and as of today those have become available for pre-order: