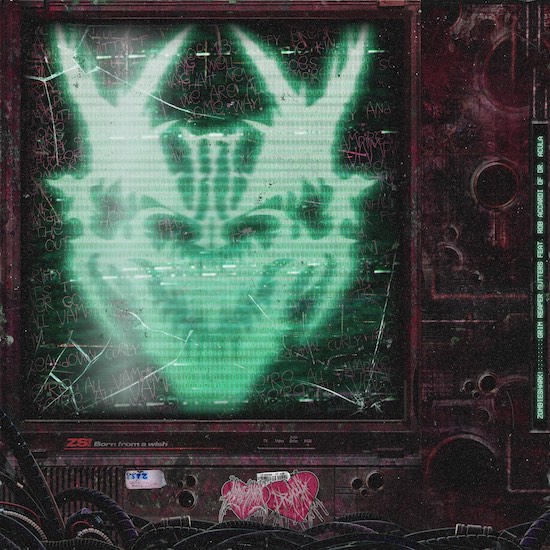 (Chris Luedtke, a new NCS contributor, introduces our premiere of a new video and song from Zombieshark!.)

Depending on where one has been lurking in the underground, one might have noticed that cybergrind is on the rise. But if one hasn’t heard about the genre, a brief introduction: an experimental subsection of grindcore that is no holds barred. Blasts, hyper-blasts, nintendocore, noise, djent, breakcore, metalcore, death metal, electronica, pop — the genre does not care. But it revolves around a largely harsh, digital sound. And ZOMBIESHARK! here is one of many of the skull-exploding bands hovering in this orbit.

With an output dating back to 2012, ZOMBIESHARK! has been kicking out cybergrind for awhile. The Philadelphia, PA’s one-person output (Corey Curly) has picked up considerably since 2020. Self-described as hyper-death, ZOMBIESHARK! infuses grind, deathcore, and pop through a digital blender. The result is chaotic, catchy, and brutal. And their latest track “Grim Reaper Gutters” features guest vocals from Rob Accardi of Dr. Acula from the EP Born From A Wish. 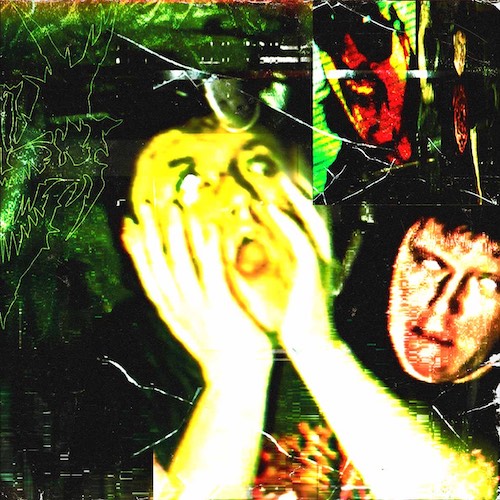 The track starts off with a keyboard intro, something very ’80s sounding, and quickly kicks in with some harsh vocals, bass, and glitched audio. Then the track hits us with the autotune-saturated vocals. As it goes, the blasts erupt and the audio sounds like it’s raw and red-lining. Things calm for the next section but the madness hasn’t subsided. It barely lasts before more blasts slap the listener across the forehead and Accardi’s guest vocals arrive. The track takes a metalcore/hardcore twist here, like it is throwing fists. The vocals become a call-and-response exchange and the track breaks down into a mosh pit of aggression. A little bit of funk as the track breaks down and the the aggression ends the piece.

A quote from Corey on the track:

“Ever since I was in high school, one of my all time favorite metal bands was Dr. Acula. I was always drawn to them for their electronic elements and grindy, weird yet fun song structure. They were a band that influenced my musical style and pushed me to make experimental metal at an early age. I had reached out to Rob Accardi long before the recent reunion of the band and had asked if he wanted to collaborate on a song. To my great surprise he was stoked on cybergrind and excited to be a part of it. When the time was right I wrote a cybernetic deathcore party anthem that was worthy of the good Dr. and we made something truly unique and punishingly heavy.

“I consider the song a testament to my influences and a statement on never giving in to the opinions of others and staying true to yourself.”

Hear, hear, on staying true to the vision. ZOMBIESHARK! has both walked a unique line and put out a punishing discography. If you need an intro to cybergrind, this is a great place to start. But know that the genre has a breadth of sound to offer and has a very Wild West attitude. To quote Chelsea Manning on this one: “cybergrind.”