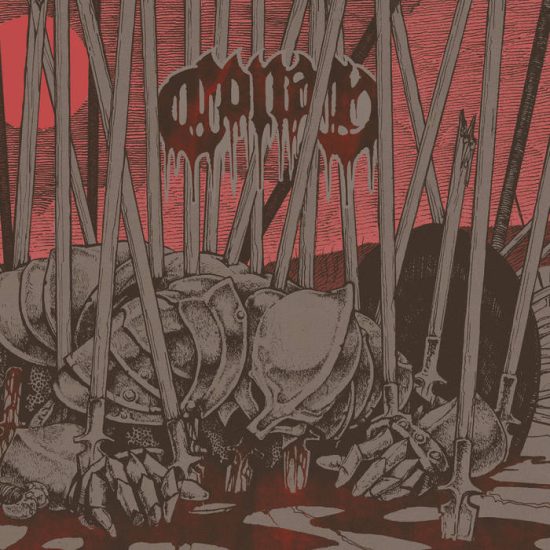 (This is Wil Cifer‘s review of the new album by Britain’s Conan, released earlier this month by Napalm Records.)

Conan the Barbarian from Cimmeria is one of my favorite fictional characters, so a band named after him did not sit well, nor would I want a band called Bruce Banner or Frankenstein’s Monster sitting in my iPod. This set my mind against this British band when I checked out their first album. It felt like burly but otherwise nondescript sludge that did not impress me. Now, four albums worth of time has passed and I have put that behind me and was ready to listen to their newest album objectively.

It carries a great deal of thundering thump that resonates with more sonic heaviness than their first album. The vocals are howled with more conviction. Often labelled as doom, rather than a depressed plod, they lunge into an aggressive tempo for “Levitation Hoax” , and have a rawer, more sludged-out apocalyptic darkness to their sound. They even delve into more traditional, almost modern metal, grooves on songs like “Ritual of Anonymity” to create a flowing pulse of menace. “Equilibrium of Mankind” has a heavier weight to its throb. The tempo is less aggressive than the previous song. 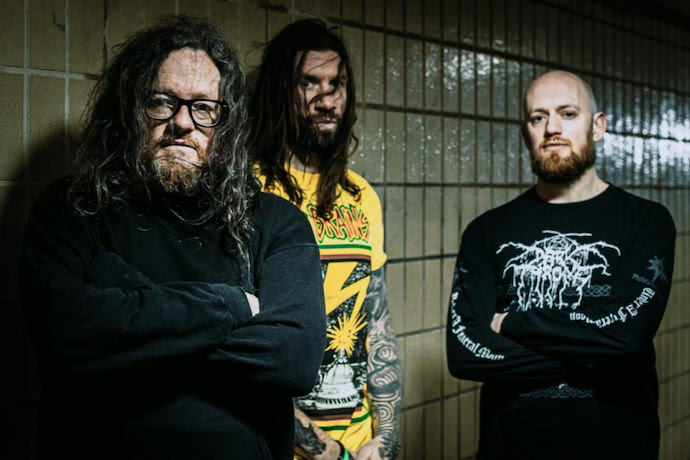 The production of this album has levelled up when it comes to giving the guitars a dense fuzzed-out yet warm wall of crunch. When it comes to distinguishing doom from sludge, people are often too quick to call something doom. Granted, it did evolve from punk rockers trying to play doom. But a deliberate pouding of chords does not equate the funeral procession tone of the more emotional doom. These guys are never so absorbed in the sound that they forget to turn things into a song. “Righteous Alliance” grooves with its lumber. The shouted vocals are doubled with either a crazed higher-screamed vocal or a more typical lower throaty bark. The lyrics are never actually sung but phrased in a manner to accent the riffs.

The added color of the synths layered into the last song, “Grief Sequence”, keeps the listener from losing themselves in the drone. This kind of atmosphere might be more effective as a backdrop to hitting the old bong over, rather than head-banging, but works in the big immersive wall of throbbing fuzz. I am not generally going to say, “Damn I need to hear that six-minute drone they did on that one song”, and am more prone to find melodies and riffs as things that might get stuck in my head, making me repeatedly return to a song, but as a closing piece it works for where this album is going, and the drums switch things up with accents to provide a greater sense of motion.

Overall I am impressed with the standard this band sets for themselves in their commitment to only being oppressively heavy, but takes the mood and weaves it into the fabric of songs worth listening to. The overdriven crunch of this band is not redefining any sub-genres, but brings enough substance to win over fans of doom or sludge looking for new high-volume riffage.

One Response to “CONAN: “EVIDENCE OF IMMORTALITY””