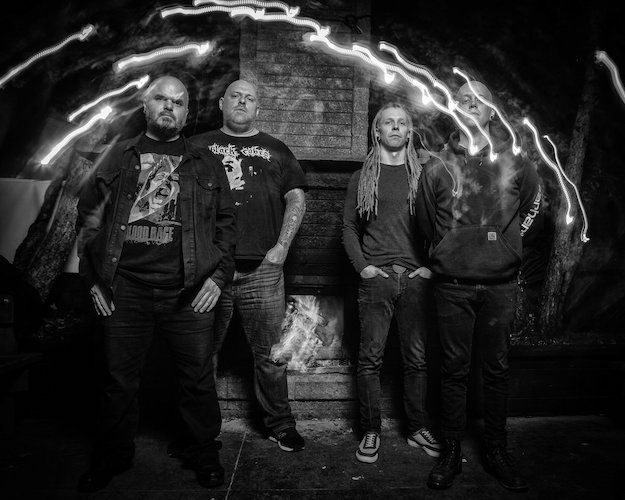 (Our Denver-based friend Gonzo has brought us the second installment in a round-up of new albums that emerged this summer which caught his attention and kindled his enthusiasm. See check out Part 1, go here.)

When I’m doing these columns, there comes a point at which I just have to stop agonizing over what I’m going to include and decide on something. I guess this speaks to the quality of what’s come out since June.

That being said, here we go. And I’d be lying if I said this list looks exactly like I thought it would a week ago. 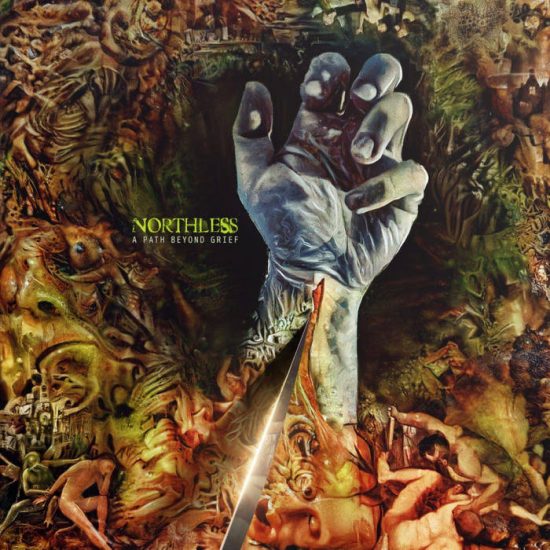 Northless, A Path Beyond Grief

These Milwaukee-based merchants of misery have been reminding the world since 2007 that while life sucks, heavy music is among the best ways to deliver that message of morosity.

A Path Beyond Grief, then, is an appropriately named record. Its crushing weight can be felt in every track, similar to the way Crowbar doles out their brand of slow-burn suffocation. Vocalist Erik Stenglein even channels Kirk Windstein without sounding like a soulless imitator. The tempos throughout the album take their time, content to wallow in the same gloomy waters in which Pallbearer have made a name for themselves.

But what Northless achieve so well on this release is toeing a near-perfect line between doom and sludge. The telltale signs of a good doom record are all there, but the acid-washed layer of grime that characterizes so much good sludge is also present. It’s not unlike the way -16- approach their similar formula. Northless isn’t content to silo their sound into one of metal’s ever-evolving subgenres; they instead allow plenty of breathing room for each idea to fully run its course throughout each song. Case in point, the beefy breakdown in the second half of track “Of Shadow and Sanguine” unabashedly flexes its muscles and reminds you of what this band are capable of. 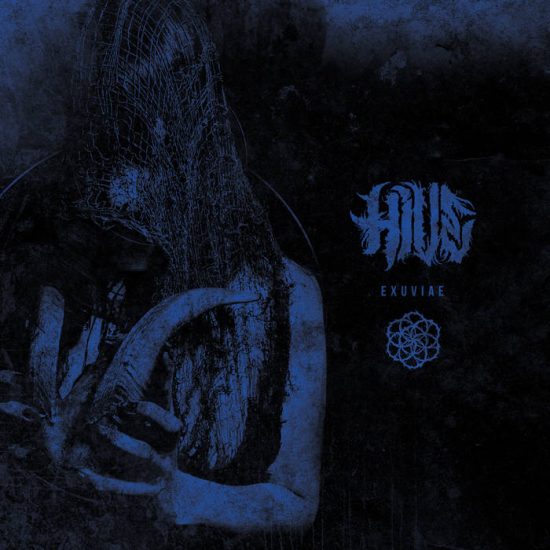 Don’t look now, but deathcore is starting to get interesting.

You could argue that deathcore’s little niche in the metal underbelly was long overdue for at least some kind of evolution, and you’d be right. Hive’s debut album manages to move the needle forward in the right direction for deathcore, much like Bodysnatcher did this year in a similar fashion.

Hive takes the deathcore fundamentals of “verse/chorus/breakdown/repeat” and injects some elements of hardcore and groove metal in the mix, creating something that sets itself apart from the rest of their deathcore brood. It certainly doesn’t hurt that there’s some impressive leads thrown in for good measure. And get your pitchforks ready for this one, because vocally, Hive has moments where I’m reminded of the way Corey Taylor delivers vocals in Slipknot.

But Hive’s audial chaos isn’t of the Hot Topic variety; the brand of gloom-laden savagery throughout Exuviae is a much slower and heavier beast. Tracks like “Subjugated Identity” and my personal favorite “The False Hydra” are infectious, acerbic, and waste no fucking time in going straight for the jugular.

Whatever you want to call them, Chicago’s Hive have effectively reached a little farther than many of their peers in the world of deathcore have been able to. 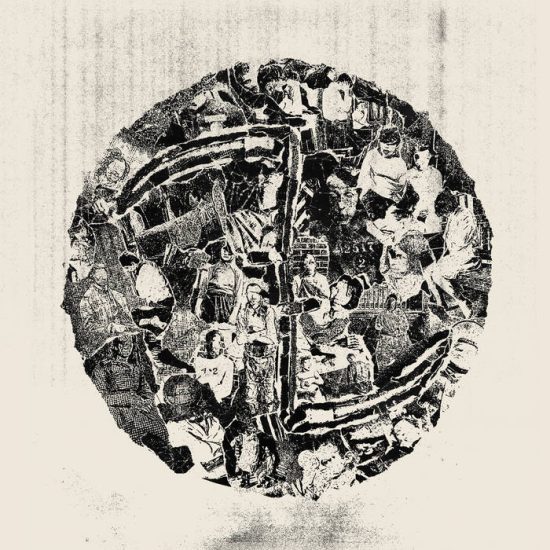 I wasn’t going to do this, but here we are.

First of all, I’m slightly embarrassed to admit how long it took me to realize that the two albums released by Hive in the past two months are actually from two different bands. The Chicago deathcore dudes I’ve just talked about above are a completely different lot than Minneapolis metalcore upstarts Hive, whose wildly exhilarating fourth album Spiritual Poverty is the focus here.

This Midwestern Hive is a much farther cry from the deathcore backbone of their Minneapolis peers. The brand of crusty metallic hardcore that makes up the meat of Spiritual Poverty will remind you of that “am I in danger?” feeling you get in a Wolfbrigade pit when the guy in the Harm’s Way crewneck might be taking things just a little too far. (See “Parallel Lines” and “Order as Law.”) The remaining parts of Hive’s sound end up being about equal parts Tragedy and Hexis, spewing forth white-hot vitriol and circle-pit-inducing bursts of speed.

But Hive can also slow things down and not lose any momentum whatsoever. “Metamorphosis” might be both the best example of this talent and also the strongest overall track on the album, but the searing tempos and old-school hardcore ferocity of the rest of the album might win over everyone else just as easily. You be the judge. (And jury, and executioner.) 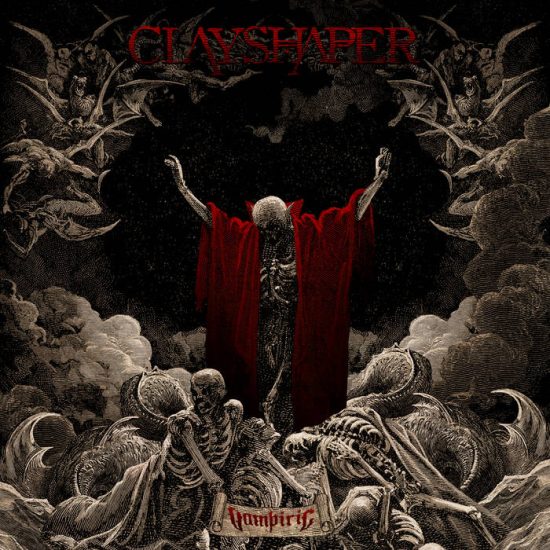 Full disclosure – unless your name is Moonspell, then yes, I do cringe whenever I see any reference to “vampiric” anything when it comes to metal.

Obviously, then, I rolled my eyes when I saw the album name from Swedish one-man melodeath show Clayshaper. Listening to the album, though, provided quite a different experience.

From the opening unease of “Town Bell” through the closing notes of “The Coveted Nectar,” Vampiric is far more than a cliched dip into edge-lord territory. It’s a layered and nuanced plunge into modern melodeath, so much so that I was initially shocked when I saw one dude, known only as Shaper, makes up the entirety of the entity that is Clayshaper.

Stellar songwriting is the secret sauce here. Shaper himself knows just where to fill in a great lead and lay down some thrilling vocals the same way his countrymen in Tribulation are so damn good at doing. (See “Hex Rite” for exhibit A.) The same can be said for tracks like “Graveyard Ecdysis,” “Sunrise Cult,” and the aforementioned title track. This attention to detail makes for a rewarding listen every time I’ve spun this one up, and even as I’m writing this while listening to it for the 20th time, there’s still some elements lurking in every last corner of these songs that I hadn’t heard before. 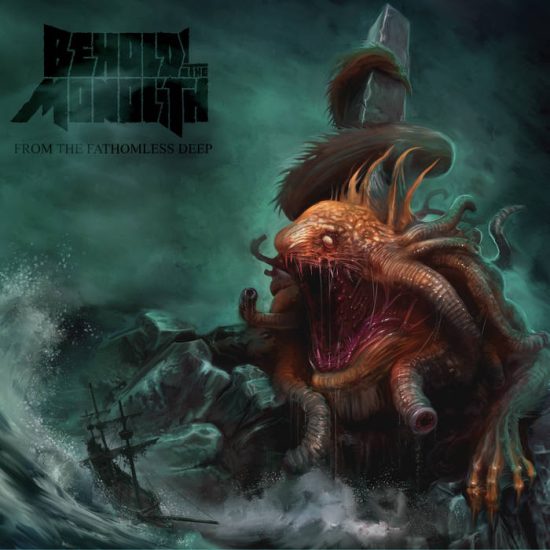 Behold! The Monolith, From the Fathomless Deep

And now we’ve come to the part of the column where I’m compelled to make yet another astoundingly on-point observation: Everything about this band and album couldn’t be more appropriately named.

This LA-based power trio have churned out what’s probably their strongest release to date. From the Fathomless Deep (previously reviewed here by Andy Synn) is rife with smoldering vocals, massive riffs, and enough power to keep a third-world village on the grid for at least a month. One look at the spectacular cover art and you’ll be aptly primed for the sonic journey on which you’re about to embark. It’s almost a Lovecraftian voyage into madness at times, especially when the riffs hit like they do on “Crown/The Immeasurable Void” and “Psychlopean Dread.”

At their core, Behold! is a sludge band, but their intoxicating depth owes just as much to Sleep as it does to Mastodon. There’s plenty of stoner metal influence under the surface here, but it’s the kind of stoner metal that might take an extra scrape or two to get all the resin out of your bong. Fathomless Deep is a record that lives up to the massive scale that it portrays just on the cover art alone, and the absolutely gargantuan Southern-fried buzzsaw guitars that open the album closer “Stormbreaker Suite” make up one of my favorite moments on any album so far this year.

Like what you hear? Follow my best-of-2022 playlist here, and feel free to drop any other suggestions my way.