Strigoi picked up the baton in that relay, adding even more elements to the fire, and Greg – now joined by Chris Casket – would release a grungier take on those first three albums with 2019’s Abandon All Faith. Which is what makes things interesting for Strigoi‘s sophomore album Viscera – their first for Season Of Mist – because it seems that even though the group is now reinforced with drummer Guido Zima and guitarist Ben Ash, the initial influence of that first solo project release has never fully left. Viscera has cycled back around, and Strigoi once again returns to the realm of dense, slow-crawling dirge, death, and doom. 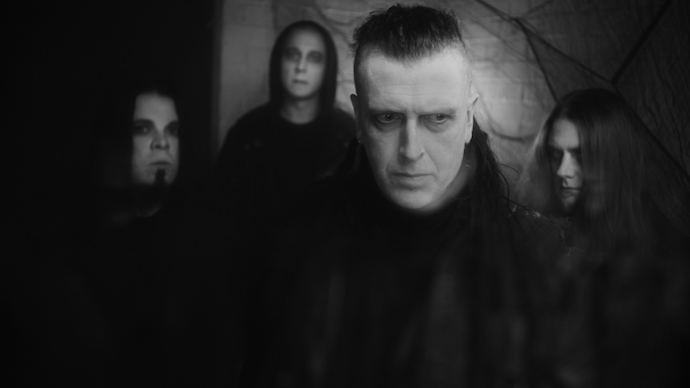 Viscera is only two and a half minutes longer than its older brother Abandon All Faith, yet it feels like an eternity longer. At only ten songs vs Abandon‘s twelve, Viscera makes its objective clear from the opening song – the almost seven-minute “United In Viscera” – that things are going to be very different from the mean streak displayed on that debut album. Tempos are often slower here and every single drum strike hits like a thunder crack.

The percussion is loud and cavernous here, echoing off of every wall in the cave where Strigoi chose to make Viscera sound like it was recorded. Combined with that crawling tempo, you can see where Viscera becomes a near-literal representation of its title, because it often feels like you as a listener are being slowly dragged through that. Strigoi establish a pattern early on as with that particular style, as an “An Ocean Of Blood” soon afterward runs its four minutes in much of the same lane. “An Ocean Of Blood” is a song where you’ll receive a heaping helping of apocalyptic guitar melody as well.

Viscera basically moves in two forms — fast songs and slow-crawling dirges — with little room for anything else in between. You’ll note the slow rumblers almost instantly, which the long run-time tells tell you from a mile off. For some of Viscera‘s opening movements it seems like the dynamic is going to be slow song/fast song/slow song, since opener “United In Viscera” is followed by the two-minute and thirty-eight second blaster “King Of All Terror” – which funnily enough is one of two songs clocking in at 2:38, the other being the ninth song “Redeemer” right before the ending epic – and “An Ocean Of Blood” has the excavator of “Napalm Frost” as its camp buddy. 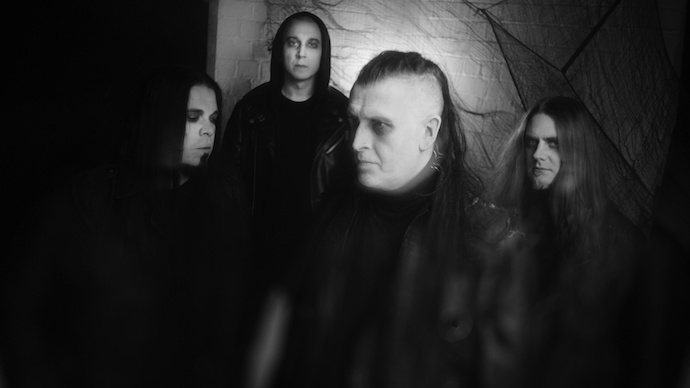 While we’re cherry-picking tracks we do need to mention “Hollow”, which dives incredibly deep into that rumbling world that the early parts of Viscera build up. “Hollow” is where Viscera really makes its mark, as that slow-song/fast-song dynamic being established throughout the disc finally blends into one particular song, making the whole thing sound particularly apocalyptic in an album that already feels like it’s trudging through a wasteland long since abandoned.

Again, when every drum hit sounds like your being shot through the center of a storm any time Strigoi decide to go from the thudding chug that is their chosen rhythm guitar riff into a death metal blasting section, the turn is jarring enough to wake the dead. At six-twenty, “Hollow” is also one of the longer songs in the running of Viscera‘s forty-six minutes plus, but it changes just enough that it doesn’t become another doom song where you find yourself eternally checking your watch.

Elsewhere is “Byzantine Tragedy”, which traffics in a similar vein but has a laser-sharp focus on build-up in its opening minutes. “Byzantine Tragedy” does a lot throughout as well, with its lead guitar and backing ambience breaking up the sense that it’s another crawler. Every chorus – if you can define the low intoning of the song title as a chorus – has the lead guitar melodically soaring into the sky, while the backing vocals sound like a choir from hell finally getting the chance to call out to someone above. 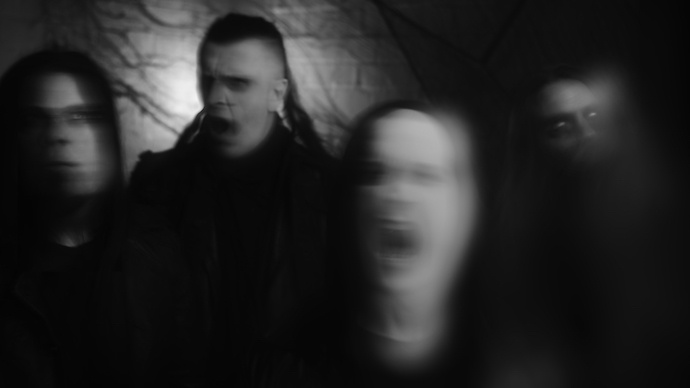 If you thought you could chart Strigoi‘s path and what their second album would sound like, it would have been an easy guess to say that they were likely to continue down the crustier d-beat-treading death metal path that the crew had played with on Abandon All Faith. That was a release that had its fair share of doom underlayment but overall it wasn’t nearly as dark and brooding as Viscera is.

With the benefit of hindsight, Viscera being such a moody doom crawler, with just enough death metal to break things up, also seems like a logical outcome. It’s the completion of a cycle and in some ways a return to where all of this started. It is heavy because not only do songs either lurch forward or drag the listener along, it has also been mixed to crush things underneath it. If you’re a fan of the low-end then Viscera is going to win you over early, since it has multiple moments with its hammer-drumming when the bass guitar gets a lot of spotlight to shake the foundations of the Earth.

Viscera is a clear showing that when Strigoi aim to be heavy as hell, they’re going to do so via the overkill method. It isn’t enough to just write planet-crushing death metal songs or slow moving doom tracks wherein the consistent driving of a pylon into the ground becomes the centerpiece of the song, Strigoi also bring in an extra layer of aural darkness over the top of that. When you consider that Viscera‘s album art is basically a group of hazy figures in all black you have to give credit to whoever chose that art, because it’s a near perfect description of the sound within. It’s a slow-moving, constantly burning, occasionally flaring-up, offering of metal that’s miserable – by choice.