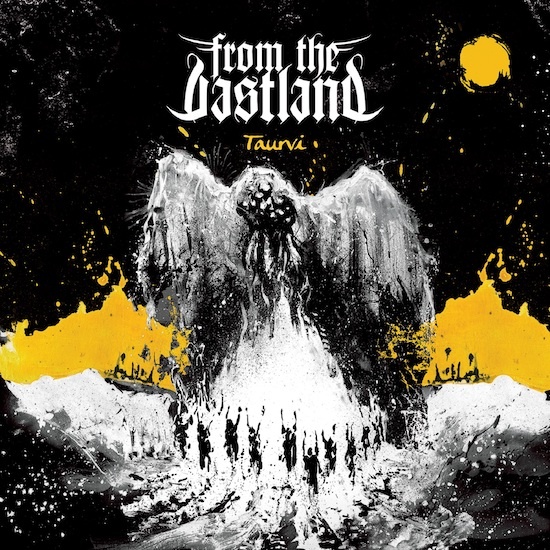 From the Vastland‘s steady rise to prominence in the global realms of black metal began in the spring of 2013 when its then sole creator Sina journeyed from his homeland in Iran to perform at Oslo’s Inferno Festival, backed by a group of black metal luminaries from Norway. It happened to be a performance that our own Andy Synn witnessed and memorialized here. From then, and following Sina‘s immigration to Norway, From the Vastland has put out one impressive album after another, and we’ve continued following the band’s progress all along.

From the Vastland‘s most recent album was 2020’s The Haft Khan, a work that the same Mr. Synn lauded here as “pleasingly raw, yet mercilessly melodic”, delivering “great riffs”. “hideously infectious grooves”, “bold, bombastic hooks which, nevertheless, absolutely bristle with blackened menace”, and an obvious passion for a hallmark style of Norwegian black metal developed in the late ’90s and early 2000s.

Throughout From the Vastland‘s rise, Sina has drawn thematic inspiration from wellsprings of Persian history and mythology, and he continues doing so on a new album (the band’s seventh) named Taurvi, which will be released on October 7th by the band’s new label, The Crawling Chaos Records. 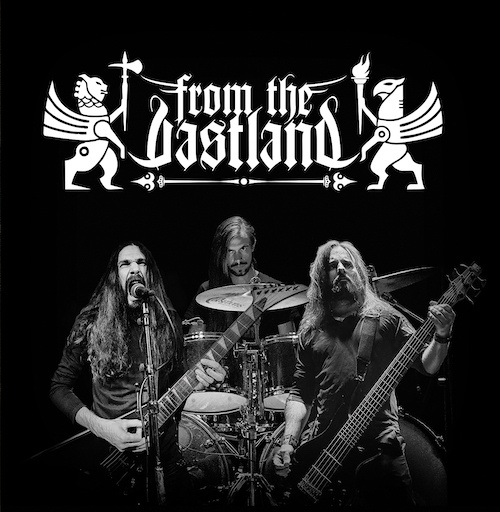 They have already revealed a lyric video for one track from the new album — “Mar-Tiya-Khvara” — and today it’s our pleasure to present a second song in advance of the record’s impending release. The name of this new one is “The Crowned of Oshidarn“.

From the very beginning, the ring of the guitars begins building a grim atmosphere of ominous menace. A martial drum rhythm leads the march forward into a blazing conflict — drums blasting, guitars roiling and writhing with fiery intensity, Sina‘s voice howling in a rabid, scalding fury.

As the drums steady, the frenzied riffing radiates a different mood — one of desperation. The melody seems to wail in pain. As the song stalks forward, Sina utters words in a demonic growl. The drums march and boom, the bass throbs, and the riffing sweeps high overhead with disturbing yet riveting intensity, creating epic panoramas of bleak yet incendiary sound.

Once again, From the Vastland have delivered an electrifying song with visceral physical force but also with melodies of intense emotional power. This one is a dire and daunting experience that seems to end in sorrow, but it will be difficult to dislodge from your head once you hear it.

In addition to the music, we’ll also share with you the following statement by Sina:

Very proud to announce the release of our 7th Full length album Taurvi. Ever since May 2020, right after releasing The Haft Khan album I have been working on this new album and it became the most creative adventure I have ever worked on, from the very beginning when I started writing the songs all the way to recording and mixing the album! And the result is not just a collection of some songs but an album that take the listeners on a journey through the dark world of Persian demons & their stories.

Musically, there will be everything you expect from us! blast-beating, Old school Norwegian black metal with a slight touch of oriental influences, from the most extreme, evil and intense we have ever done to a heavy and melodic atmosphere. This is the most mature album we have done so far. Indeed, it’s the perfect demonstration of how we wanted it to sound. 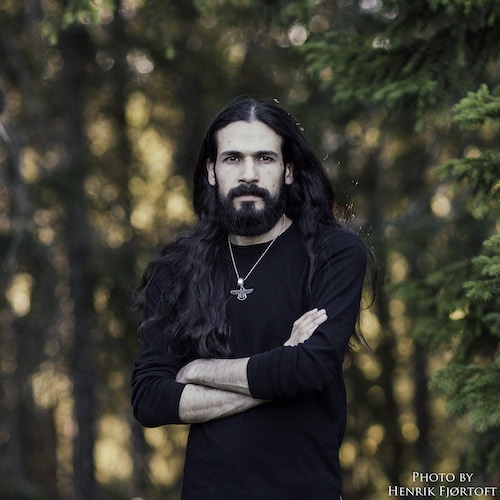 Taurvi is completed by the inimitable artwork of Kim Diaz Holm on the cover, and by Sina‘s work on the accompanying booklet. The Crawling Chaos Records is releasing the album on CD and digitally, and pre-orders are available now. Following the links below, you’ll also have a chance to experience the afore-mentioned lyric video for the album’s first advance track, “Mar-Tiya-Khvara“.