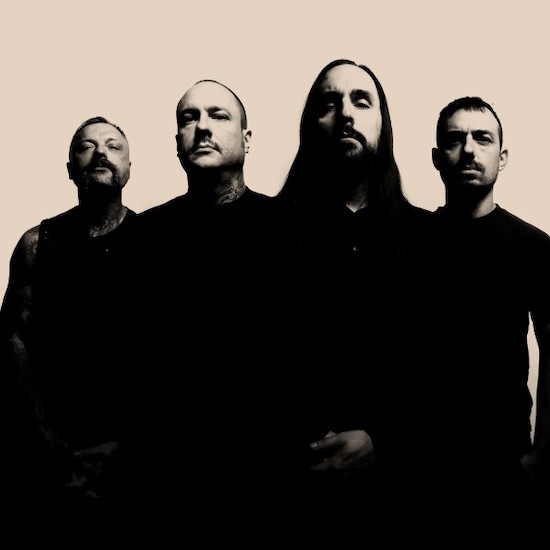 We’ve been waiting with bated breath for something more from this Detroit band over the five long years since the release of their debut album, To the Concrete Drifts. At last that “something more” is here, in the shape of a new album intriguingly named Cast in Oil The Dressed Wrought. Last week brought the first song from the album, “Stain the Field“, along with a video that makes a frighteningly intense and extravagantly twisted song even more nightmarish. 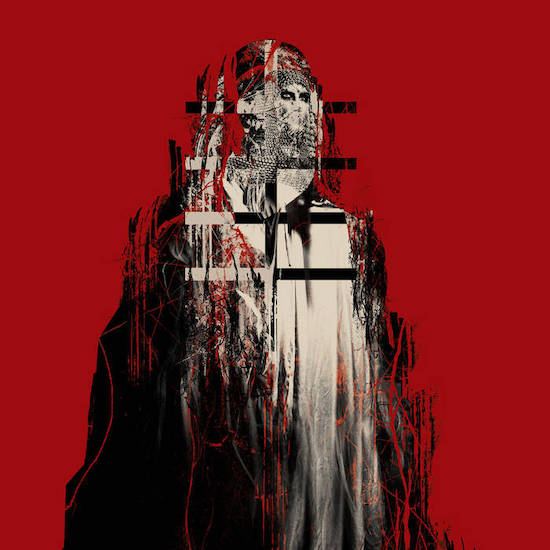 “Stain the Field” really does sound like an audio hallucination, a freakish vision of a dreadful calamity. Fronted by insane vocals and backed by throbbing bass lines, the riffing undergoes feverish convulsions, undulates like a bulging serpent, rings like astral chimes in the midst of eerie whining and skittering tones, and screeches and slugs. Sometimes the sharp metronomic snap of the snare drum is the only thing that sounds grounded, but eventually it manically convulses too.

The bizarre video that accompanies the song was made by The C.O.I.N., and directed by the band’s vocalist Brian Sheehan. Cast in Oil The Dressed Wrought will be released on November 11th, on vinyl, cassette, and digital by Tartarus Records, and on CD by Death Psalm Records: 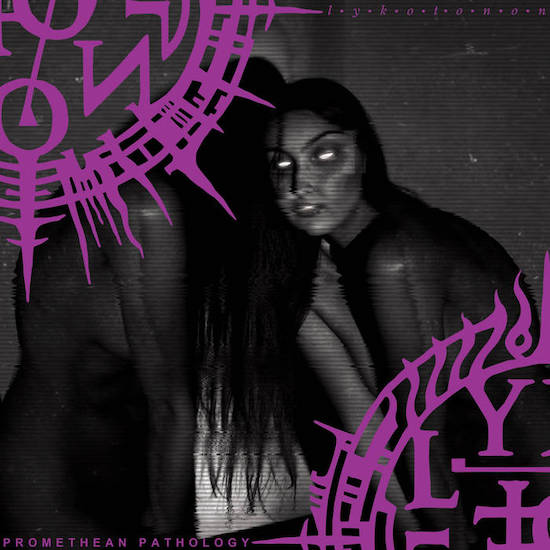 The PR come-on for this new Denver-based band was compelling: Its line-up includes members of Blood Incantation, Wayfarer, Stormkeep, and more, though they’re not identified by name. The pay-off came with the first advance track from their forthcoming debut album.

“That Which Stares In Kind” is a gripping mash-up of genre ingredients and sounds. It’s a heavy stalking beast, no doubt, but it goes on the attack in ravaging fashion and also pounds like an industrial pile-driver. The riffing viciously grinds and morbidly drags, but the screaming guitar work also generates almost psychedelic levels of un-reality and madness. The varying vocals add to the horrors in spine-tingling fashion.

The name of the album is Promethean Pathology, and it’s due for release on November 25th by Profound Lore.

Demo(lition) was the clever name of this Swiss band’s first release back in 2015. They’ve brought forth some excellent releases since then, most recently the Es grauet album from last year on the Eisenwald label (check it out here if you haven’t already — that’s an order!). Now Eisenwald is reissuing Demo(lition) with new mastering, and as a bonus the new version includes the next song in today’s round-up.

This bonus track, “De Wolf vo Ringgebärg“, dates back to 2017, when it was initially created by Ungfell for a split release that never happened. It may be five years old, but it’s more than a piece of previously undiscovered Ungfell history, not moldy or moth-eaten but a wild carnival of sound that will get your pulse pumping.

It really does sound like a boisterous revel, spinning like a mad dervish in the throes of ecstasy… until the constantly variable drumming briefly vanishes and we seem to enter a world of mystery and myth. There are some head-hooking riffs and other engaging melodic accents in this richly tapestried song too, along with a panoply of vocal stylings, all of them unchained in their savage passion. It’s a hell of an electrifying romp.

Via the Bandcamp link below, you can also listen to the entirety of the remastered version of Demo(lition) — which is also more than a revisiting of history because it’s still damned good right here in 2022. 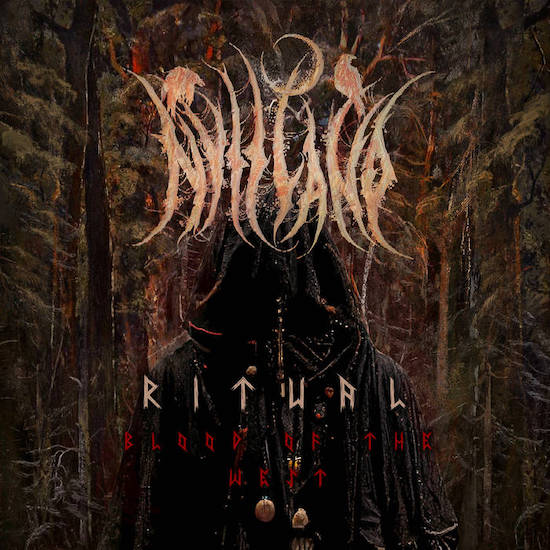 Now for an interlude in today’s musical onslaught.

What I’ve inserted here is a folk song that followers of dark country-western music in the U.S. will feel at home with — at least at first. And then this distinctive group from Siberian Russia put their stamp on it.

The acoustic melodies are beguiling and haunting, moody and menacing, but it’s the vocals of Natalya Pakhalenko that will pop eyes open, as she moves from rhythmic, throat-singing chants to warbling song and sky-high wordless falsettos.

The name of the song is “Dark Country. Ritual”, and it’s from an EP named Ritual: Blood of the West, which will be out on November 18th via Napalm Records. There’s a detailed description of other tracks on the EP at Bandcamp. 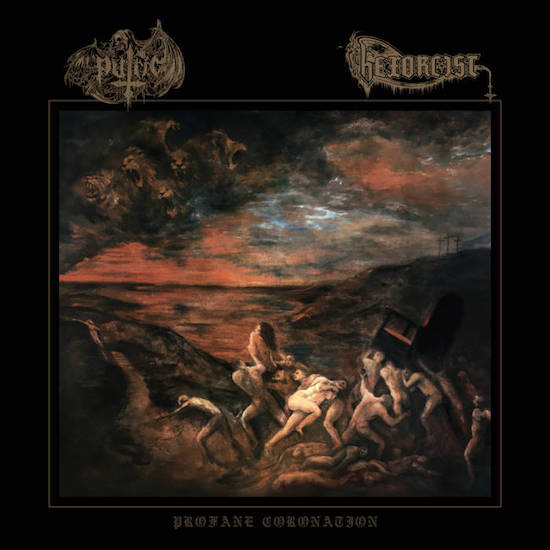 Now let’s dive back into the fire with a pair of tracks off of Profane Coronation, a new split by Putrid from Peru and Hexorcist from Florida.

Putrid‘s song “March Into Ashes” is no march, but one of the most electrifying and explosive onslaughts I’ve heard this year. It’s like a racing tornado of fire that torches and obliterates everything in its path, but also includes monumental grooves and power chords of ferocious grandeur to go along with all the light-speed drumwork, the warped and writhing riffage, and the berserker vocals.

It would be hard to find a track better matched to the adrenaline-fueled speed and heart-rupturing intensity of Putrid‘s song than the Hexorcist track which follows it. “Demistifying the Unspeakable” is also a wild and ferocious race, just as unhinged in its bestial vocals, just as decimating in its drumming, and just as crazed in its blaring, scything, and pulsating riffs and screaming guitar leads. There’s no chance to breathe, and no desire to either.

Profane Coronation will be released by Godz Ov War Productions on October 14th. The striking cover art is the work of Igor Datkiewicz. 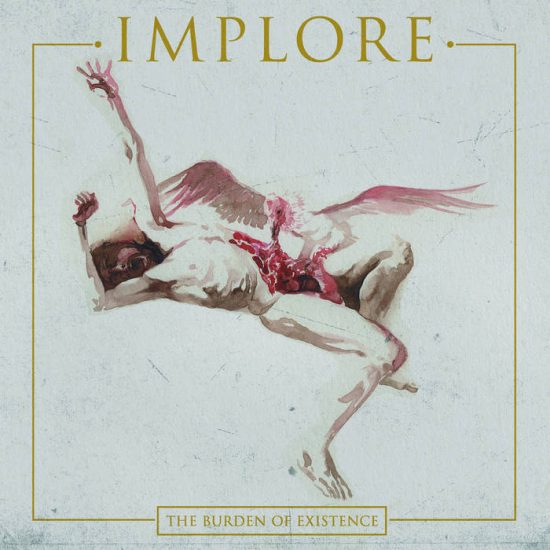 “Archetype” is the latest song to be revealed from Implore‘s newest album, The Burden of Existence. The band have said: “This one is what any grind banger should be, straight to the core mayhem. Written a day before we started recording. We ain’t going softer..”

Oh hell no, they ain’t. “Archetype” is a belligerent bone-smasher, augmented by vicious circle-saw riffing and hair-on-fire vocal intensity. The song also downshifts and becomes a hulking monstrosity, stomping all over the gory organ-remnants spilled by its eviscerating ferocity.

The Burden of Existence will be released by Church Road Records on September 28th. I’ll also throw in streams of three more tracks from the album, which I’ve also commented about in previous round-ups: “The Burden of Existence” (which comes with a video), “Sun Deprived”, and “Love Will Gradually Perish”. 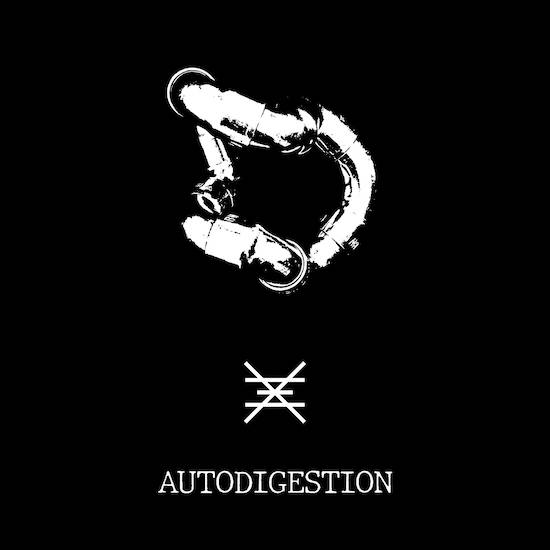 I guess today’s round-up of new songs and videos has again been a twisty and turny journey already, so let’s end it with one more twist.

“Autodigestion” is the name of today’s closing track. The lyrics are bleak in their expression of disgust and despair over the conditions of our existence. As explained by the band’s Robyn Trachsel: “We wrote ‘Autodigestion‘ to express the hopelessness of being trapped within a self-destructing cycle and the individual sacrifices and the loss of personal autonomy required to delay the inevitable collapse.”

The music goes hand-in-hand with the bleakness of the lyrics. The opening riff might make you think of a puppet dancing on a string, bouncing but unnatural in its movements. The rhythm section adds some serious heft to the strange groove, but then the song gets even more unnerving, thanks to shrill, eerily swirling guitars (or keyboards?) and the wailing lament of the vocals.

You might feel like a puppet yourself, bobbing along with the song’s punchy grooves, but those increasingly tormented vocals and equally tormented surrounding sounds, which include a trippy but weirdly entrancing guitar solo, will never let you feel easy about this experience.

The song will appear on an Asbest album named Cyanide, which will be released by Czar of Crickets Productions.