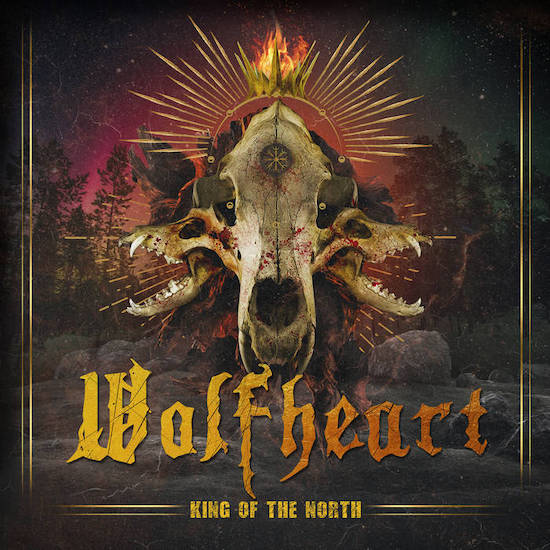 (We present DGR‘s extensive review of the latest album by Finland’s Wolfheart, out now on Napalm Records.)

Right before Tuomas Saukkonen launched Wolfheart way back in 2013 as his only musical endeavor he had his musical tendrils spread pretty wide across a collective of projects. Over time he had become quite prolific, and each of those projects started to blur together save for one defining trait of each that was often the one identifiable thing that still made it that separate project.

Wolfheart‘s launch felt like an acknowledgement of that, coming soon after the release of the then-final Before The Dawn album Rise Of The Phoenix – and what a wild world that’s become with the recent release of the song “Downhearted” on that end – which in a lot of ways felt like a proto-blueprint for what Wolfheart would eventually become.

Even though Wolfheart began under auspices of being bitter cold and doomier flavored melodeath – which has been the core of many of Tuomas‘ projects – it didn’t take long before the high-energy blastbeat drumming and energetic aggression of the band became its trademarks; Wolfheart morphed into a band that was more often than not bathed in fire. The group’s final release with Spinefarm Records, Tyhjyys in 2017, contained two songs named “World On Fire” and “Call Of The Winter” for instance, if you’re hunting for the sort of dynamic that has come to define this group. 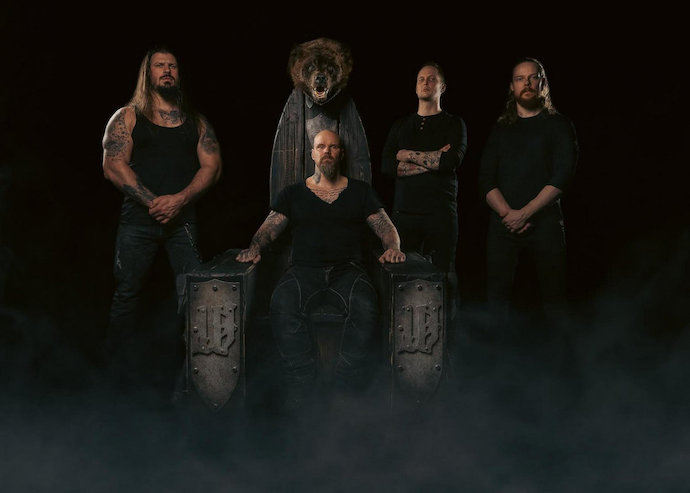 Wolfheart‘s relocation to Napalm would see quick turnaround on the music front as well, and it has only been in recent years that it feels like they have had some room to breathe – and the window between releases has been getting a little longer. Still, when you include the group’s newest album King Of The North, Wolfheart have put out three albums and a four-song EP in about four years.

Wolfheart have had long-established patterns, which is what makes King Of The North interesting. Now with a two-year window between full-length releases – granted, it took a worldwide pandemic to do it – King Of The North plays out like a slight re-orienting of the group and their sound. All of the Wolfheart trademarks are still there – we’ll dive deeper into that as we go – but King Of The North may be the most musically ‘cold’ the band have felt in some time.

Perhaps it only took overtly referencing the northern region to do so, but King Of The North feels less like an album that could have constant pyro-hits throughout and more like what the initial launch of this project intended to be with Winterborn; that, and much like Winterborn nearly a decade ago, this is the first Wolfheart release in some time that doesn’t clock eight songs and around forty mintues of music. Instead, like its eldest sibling, King Of The North comes in at a weighty nine tracks and just past forty-eight minutes. Much like what was mentioned in our review for Strigoi‘s Viscera, it’s fun how we always seem to cycle back around, isn’t it?

For all the talk of cycling around back to the snows of winter and the ice-bathed rivers of this style of music, Wolfheart are bringing some new things to the plate. There’s much more prominent clean singing within the Wolfheart camp these days, which is why you see one of the more head-turning apperances from outside Wolfheart‘s main core in Killswitch Engage vocalist Jesse Leach, who pops up to help out with the chorus of the album’s second song “Ancestor”.

Elsewhere, the band themselves handle much of that singing – paired alongside a backing harsh vocal line nearly 100% of the time – including guitarist Vagelis Karzis, now firmly ensconced within the group after joining the lineup in the years between Wolves Of Karelia and now. Elsewhere the band have also laid out the welcome mat for Nile‘s Karl Sanders to appear in the song “Cold Flame” and bellow far lower than you would’ve expected, in a song whose title is very much the synthesis of the previously mentioned “World On Fire” and “Call Of The Winter” beforehand.

Wolfheart also double-down on much of the backing orchestra and synth work doing the melodic heavy lifting on King Of The North, something that started a few albums ago and has become much more deeply ingrained in the band as of their most recent few releases. If it isn’t coming from a high-speed guitar melody, played out like a bombing run, then it is highly likely much of the melodic motif will be happening just above the band while the core of the group is rhythmically chugging away.

So how does a band add just one more song to the almost carved in stone ‘eight songs, forty minutes’ formula that has become Wolfheart‘s calling card and gain nearly eight minutes of run time? Wolfheart reach a little bit more with the song lengths this time is how. Really, you’re working with closer to six minutes gained across the board, which is reflective of how Kings Of The North does take things a little bit slower, and more introspective this time around.

Opener “Skyforger” may look like a seven-minute epic but a good portion of that song’s introduction comes in the form of a gorgeous piano piece before Wolfheart go on a tear through many of their trademarks. The music stays high energy for the first few songs on King Of The North and it seems like the album is going to be another breathless run through the (flaming) woods like many of their albums, but songs like “Desolated Land” and “The King” are where Wolfheart like to keep themselves at the mid-point of the album: a solid, mid-tempo groove with a decent amount of keyboard pyrotechnics happening in the background. They dance between their two established tempos in “Cold Flame”, which helps a lot with tying things back up thematically in the early segments of King Of The North and also gives the album one of its stronger guitar leads bound to get stuck in people’s brains.

Wolfheart do find a format for their last three songs on King Of The North. “Headstones” especially is like the blueprint of the whole album laid bare and condensed down into the shortest song in the tracklisting. The Wolfheart crew become really big fans of big epic intros and a much quieter following guitar segment as the opener of their songs, and the back three on King Of The North are no different.

Sometimes, bassist Lauri Silvonen comes to the forefront to provide that melodic line and other times it is drummer Joonas Kauppinen laying down a basic beat with each hit as precise as he could make it so the band fall in behind. Nearly half of the songs within King Of The North do something similar, so it can seem like their openers start to blur together, but it is hard to tell if it’s better to go the route of ‘loud epic intro, alright let’s calm things down, now let’s start the song’ format or if the ‘begin at 100% and stay that way’, like the early batch of songs on the album, is a better approach.

It can result in this release feeling like it is stretching a little bit as songs tie back into themselves for one final run through the opening melodic line to close things out. Although closer “Eternal Slumber” bucks that trend a bit by remaining consistently moody and dark throughout. It sitll uses much of that laid-out foundation that the band define in the latter half of the album, but with about 50% more glowering looks at you the whole time.

King Of The North has Wolfheart taking on many forms throughout its nine songs, though most are still recognizably them. We mentioned it earlier, but all of the group’s hallmarks are still there so it would be hard to tell a long-time fan that they’ll find much wrong with it. The band have made a career out of hovering in the consistently good-to-great zone and they’re fast becoming one of those bands whose consistency means just about any release of theirs is going to result in you having a pretty good time, even with tracklistings jumbled up.

The much more prominent clean-singing can at times make Wolfheart feel like a One For Sorrow/Shadows Of The Dying Sun era Insomnium that has stumbled into a stash of uppers and dined on them like a toddler downing laundry pods given the former’s choice of much faster tempos than the latter, but a lot of that can be credited to the overall colder atmospheres that both bands have made their ambient backing sounds to augment the overall works.

King Of The North has Wolfheart returning to musical ‘home’ a little bit. The project started cold and wintry and even though the group have been bathed in musical immolation many times since, they return to the cold and wintry again, five albums later.

Though still not without two songs whose titles contain some sort of reference to fire.

2 Responses to “WOLFHEART: “KING OF THE NORTH””