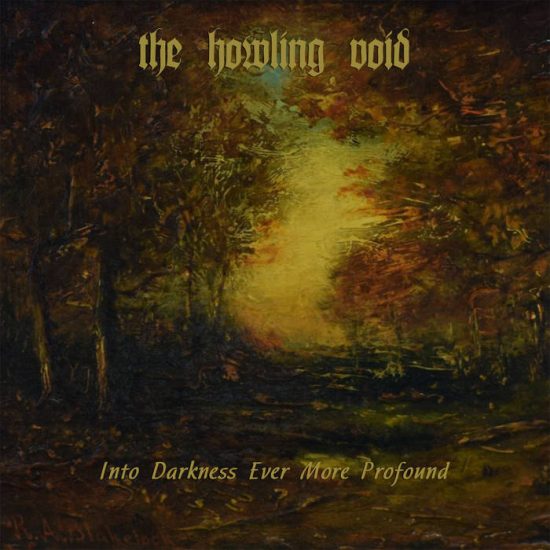 The last time we wrote about The Howling Void, three and a half years ago, this one-man project was on the verge of releasing its seventh album, Bleak and Everlasting. We’d been following the project for a long time even then, and remarked that it wasn’t like following someone on a sidewalk, striding along a straight line, but more like being in a dense forest and thinking, “Where the hell did he go?!? He was right in front of me a second ago!”

That was an effort to explain that the muse followed by the band’s Texas-based alter ego Ryan Wilson has periodically tended to lead him off in different directions as one album has followed another, even though the branching paths still weave through the massive forests and looming monoliths of funeral doom.

We’re revisiting The Howling Void now because an album named Into Darkness Ever More Profound will finally follow Bleak and Everlasting, and it might be the first one with a release date in 2023 that we’ve covered here so far. As you can see, we have a song premiere today to help spread the word, and it comes timed to coincide with another Bandcamp Friday, where more of your money will go to the artists and labels, thanks to Bandcamp surrendering its usual share. 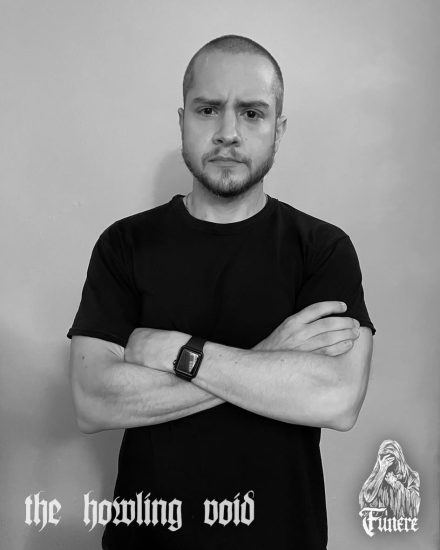 In its themes and inspirations, the new album (in the words of the Armenian label Funere) “continues to explore a deep fascination with death and all of the mysteries associated with it”. It takes listeners “on a slow walk down extremely dark paths, meditating all the while on the peace and beauty associated with the cessation of life and all of its noise and absurdity”.

In its music, the album this time doesn’t veer away from its most immediate predecessor, but instead follows the most pronounced hallmarks of this band’s music as they’ve been established through time.

The song we’re premiering today is an extensive excursion named “Deeper, Darker Waters“. In the moods it manifests and the visions it inspires, it’s in keeping with the themes described above, a conception of death as a deliverer of endless peace. And true to its name, it feels like a slow, immersive descent into the depths of dark (and cold) waters — but with mesmerizing lights radiating from somewhere far below or on the other side of a veil.

As before, The Howling Void makes extensive use of symphonic synths and ringing keys to create lush audio panoramas of splendor and sorrow. But here they act in harmony with slow and soulful lead guitar melodies that enhance both the beauty and the grief in the music, and create a sense of yearning as well.

There’s always been an aspect of this project’s music that’s celestial and mysterious, and that’s certainly true of this song. It glitters like stars, and hints at what may await our final breaths. But there’s a harrowing depth to the music too. The drums pound like the mile-long strides of giants, the vocals well up like roars radiating from a black abyss, and at times the surrounding music becomes bleak and haunting as well as hypnotic.

Elegant and spellbinding, it’s a transportive song, and it does indeed powerfully portray the allure of a final rest from life’s turmoil and travails.

Into Darkness Ever More Profound will be released by Funere on January 6th, 2023, in a jewel-case CD edition with a booklet, as well as digitally. The album cover and the design of booklet consists of works by American artist Ralph Albert Blakelock, which were chosen to complement the songs and create a single unified whole.