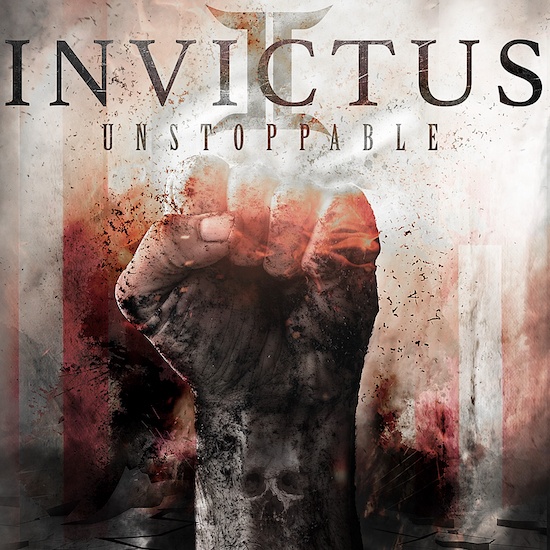 To say that Maurizio Iacono has nothing left to prove is to state the obvious. After 14 studio albums from Kataklysm (and a host of other releases), four more full-lengths from Ex Deo, numerous global tours and festival performances, and many other endeavors in prominent aspects of the music business, he’s already secured a rare level of success in the world of heavy metal and a secure position in its history.

Having nothing left to prove, however, doesn’t mean having nothing left to say. How else does one explain his decision to create a new band at this very mature stage of his career? That is in fact what Maurizio has done with the formation of Invictus, a group that makes its recording debut with an album named Unstoppable on October 21st via the MNRK Heavy label. 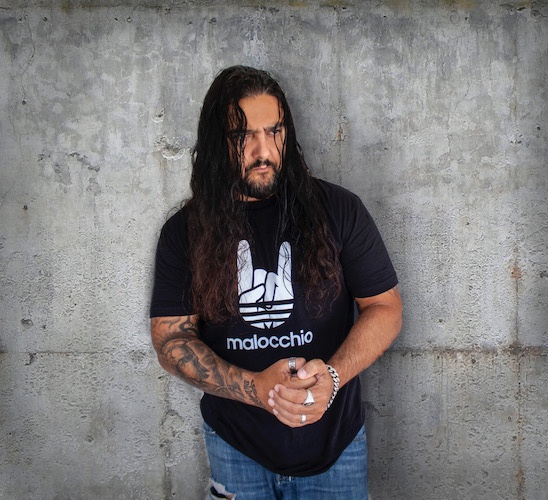 Well of course it’s named Unstoppable, and of course the band’s name is Latin for “unconquered” or “invincible,” because all of those concepts seem ingrained in the competitive personality and creative drive of the man who conceived the project. Maurizio himself has commented that this first Invictus album is “about everyday struggle because I’ve always been a fighter,” and has become way of exploring “that deep down energy inside my thoughts which drives me to compete and, in many ways, survive everything thrown at me.”

The themes identified above which flow through the band’s name and the album title are also a key part of the inspiration for the album track and lyric video we’re premiering today. Maurizio explains:

“‘Bleed Me Out’ is a song that deals with reopening old life wounds over and over and not being able to close them up. Eventually those turn into scars. I got plenty of them battle scars in my life time; the important thing is to keep moving forward. That’s ultimately the message behind this song, a diverse track musically that has enormous hooks. It’s one of my faves on the album.” 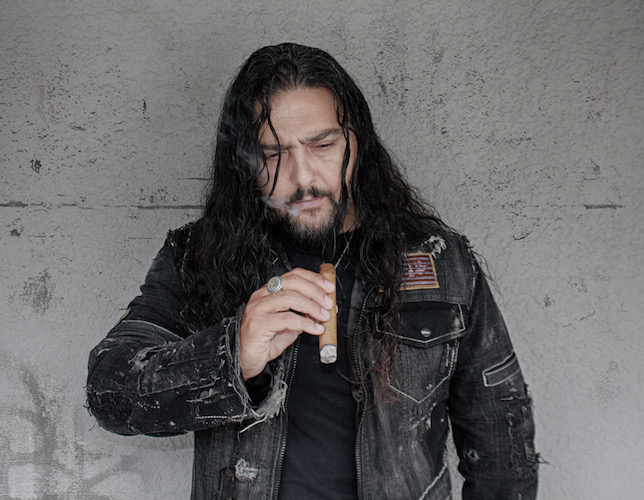 The music of Maurizio‘s older and better-known bands displays both a talent for furious aggression and a flair for dramatic anthems (among other qualities). “Bleed Me Out” itself sounds like a defiant anthem, and while it’s not the kind of song that races like wolves or scathes like howling blizzards out of the Great North, it’s still viscerally intense.

The riffing jolts, swirls, and blazes, and the music soars to extravagant heart-pounding heights, while the vocals themselves burn with unbridled passion, and they soar too, in spine-tingling fashion. There may not be blast-beat fusillades in the song, but the rhythm section still punch damned hard.

The song’s melodies and vocal expressions seem in line with the song’s lyrical conception. Even at the zeniths of intensity, they seem to combine sorrow with resilience, both wistfulness and a drive to fight, and the brief but surprising softer moments in the track underscore the melancholy that’s there even behind the audio novas in the song.

On top of all that, the song is packed with memorable hooks, and the temptation to howl along with the lyrics (at least in your head) is very hard to resist.

Unstoppable is available for pre-order now in multiple formats. To provide an even more expansive introduction to the album we’re also including streams of the band’s previously released videos for “Exiled” and “Get Up”.