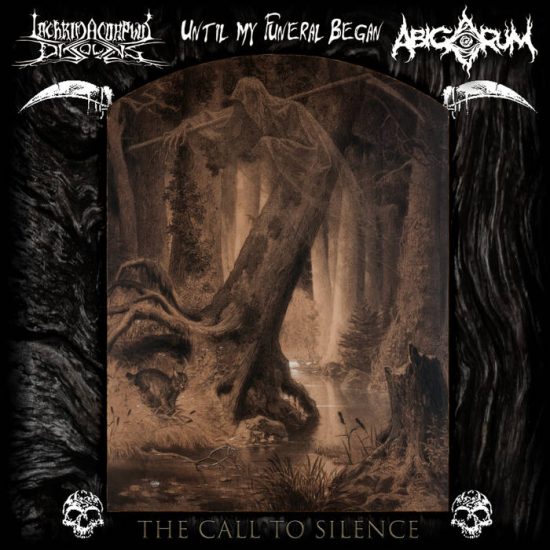 Seasons are a state of mind. Here in the U.S. Pacific Northwest where I live the rains have finally come, along with a chill in the air. After an unusually warm and dry early fall, normalcy has arrived, and The Big Dark is under way. Two days ago the sun set at 6:00 p.m., and that will not happen again until March of next year. From now on, for that many months, people will be waking up in the dark, going home in the dark, and sodden clouds will obscure the sun during many days even when it is above the horizon.

Throughout the Northern Hemisphere winter is approaching, or has already arrived, even if it will only bring a reprieve from heat in some places rather than the true feeling of nature dying or hibernating that pervades in the far north. But regardless of the locale, and even in the other half of the world where summer is approaching, we can send our minds into dark and daunting days through music such as you’re about to hear.

What we have for you is the full streaming premiere of an hour-long three-way split called The Call To Silence, and as its title suggests, “The release calls on humanity to return to silence, that harmony of the soundless cosmic vacuum that almost our entire Universe consists of”.

The participants in this split are the Georgian-German blackened doom metal band Abigorum, the Bolivian atmospheric doom metal band Lachrima Corphus Dissolvens (who were the subject of an interview at NCS that we published not long ago), and the Ukrainian funeral doom metal project Until My Funerals Began.

Each band has its own very different place within the sprawling realm of doom, but their variations in sound and mood complement each other on this release. 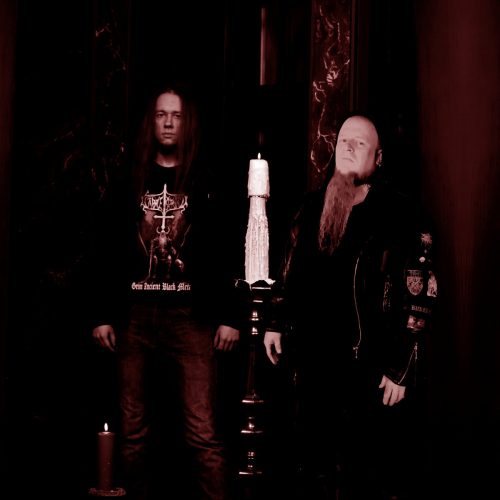 Abigorum contributed the split’s opening two tracks, “Der Geheimnisvolle Käfig” and “Erhebt Eure Mit Blut Gefüllten Hörner”. Even though there’s a lively beat in “Der Geheimnisvolle Käfig”, the suffusing mass of eerie whirring riffage and wailing keys put a chill on the skin, and the screeching vocals add to the chill, especially when doubled to create a tormented harmony. There’s a feeling of desperation in those scathing and sweeping chords and in the wildly flickering leads, a fever seemingly born of hopelessness.

The otherworldliness of the music becomes even more pronounced during the times when that vivid, head-moving beat disappears, or when it converts into a slow tumble. The guitar and the cymbals ring in mystical and mesmerizing tones, but still feel perilous.

“Erhebt Eure Mit Blut Gefüllten Hörner” creates its own alien and astral sensations but proceeds at a slower pace, like a slow and stricken march toward some kind of galactic gallows. Here a dismal and distraught feeling seeps into the mind, but the song casts an unearthly spell too (even with the ear-shattering wretchedness of the harsh blackened vocals), and as in the first track, this one creates an atmosphere of harrowing and haunting grandeur. 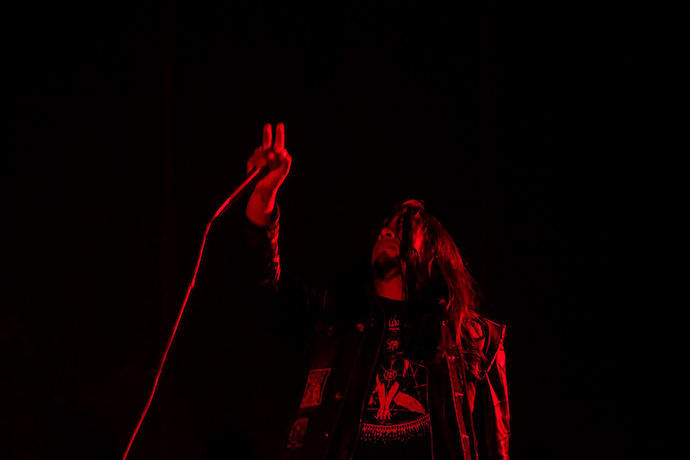 For their part, Lachrima Corphus Dissolvens contributed three very multi-faceted songs to the split, “Courage”, “Listen the Silence”, and “Martyrdoom”. The first of those creates an immediate contrast with Abigorum. An instrumental piece, it delivers a slow and beautifully sad piano melody, both wistful and heart-broken in its mood. It’s a lonely and poignant but thoroughly beguiling experience, and its easy to imagine cold gray days outside the window.

There’s beauty and heartbreak in the other two tracks as well. The moods of grief and regret in the opening guitar melody of “Listen the Silence” are unmistakable, but when the full instrumentation comes in, the affliction in the music swells in power. The gargantuan growls in the vocals create a stunning impact, as do the bone-smashing force of the drums and the wrenching wail of the music. There’s also sorrowful singing in the song, as well as mind-scarring screams, somber spoken words, and a plenitude of heart-rending guitar harmonies and ghostly keys, whose channeling of bereavement becomes increasingly intense.

And finally, “Martyrdoom” initially creates a sharp contrast with the other two tracks. The bass pulse is livid, the guitars skitter in insectile fashion, and the drums clatter and snap, while the vocals are thoroughly savage. Rather than creating a barren and stricken soundscape, this one is more like a vision of witches and warlocks frolicking around great bonfires — and there’s both sinister black magic and also a kind of soulful and spellbinding grief in the song when the rocking pace slows and clean vocals return. Near the finale, you’ll encounter a menacing rhythmic stomp and truly ugly, belly-deep growls before a concluding episode of suffering. 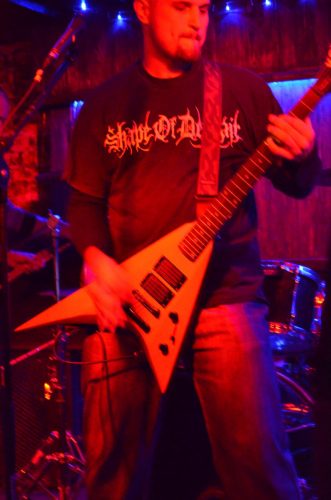 To round off the split, Until My Funeral Began also presents three songs — “Aelana”, “Swans Song”, and “The Sea Of Our Conflicts”. As forecast, the music finds its home in the hallowed and haunted halls of funeral doom.

Although punctuated with percussive flurries, the crack of the drumming and deep hum of the bass during most of “Aelana” are slow, providing a foundation for guitar melodies of anguish and agony. There’s a cold alabaster beauty in those melodies, and when the rhythms vanish the synths create slow spectral cascades of ambient and orchestral sound that transport us into spirit realms. The song also rises into heart-swelling (but still haunted) grandeur, and then drifts away into mist in its closing.

“Swans Song” has a more animated beat, and melds slashing riffage and swirling keys to create a mood of menace. But the guitar leads and what sounds like distant singing bring the heart down into dreary territory before the music elevates into vast cosmic panoramas.

And to close this compelling split, we have “The Sea Of Our Conflicts”. Like “Courage” by L.C.D., it opens with a stricken piano melody, and the music remains stricken when the other instruments arrive. The piano periodically returns, renewing its spell, but the song as a whole is disturbing. It sounds like a great beseeching for rescue, with no rescue to be found.

The Call To Silence will be released on October 30 in cassette format on the Bolivian label Satan’s Grind Productions and in CD format on the Argentine label Herrecords. A digital version is available through Abigorum‘s Bandcamp.