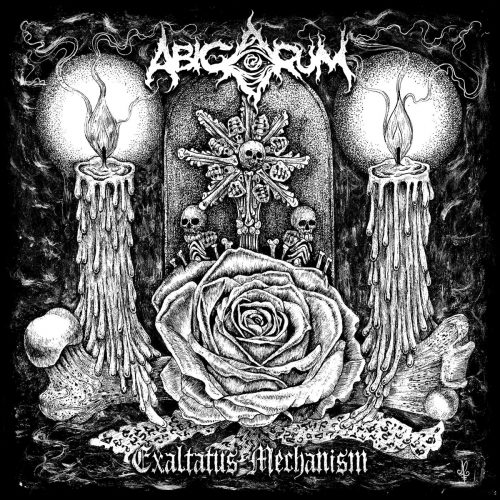 Abigorum began as the solo project of Russian musician Aleksey Korolyov, who is also the owner of Satanath Records. Operating on his own, and drawing upon traditions of doom, black metal, and dark ambient music, he recorded a sequence of releases that included a collaboration with Cryostasium (2016’s Unholy Ghost Liturgy) and a split with Striborg (2018’s Spectral Shadows). Since then he has expanded the line-up of Abigorum with the addition of two German musicians — guitarist/vocalist Tino Thiele (from Wulfgar and Metamorph) and bassist Sandra Batsch — and together they have completed a debut album named Exaltatus Mechanism.

The album, whose lyrics are in German, “tells the story of the fascination of the black and grey side of evil, the ridicule of vices and hatred for people who are accustomed to a normal life and do not understand that everything around them is just an illusion, and that they are slaves”. The album will be jointly released on June 14th by Satanath Records and the U.S. label Death Portal Studio, and what we have for you today is the second advance track from the album released so far — “Über Dich” (over you or above you). END_OF_DOCUMENT_TOKEN_TO_BE_REPLACED 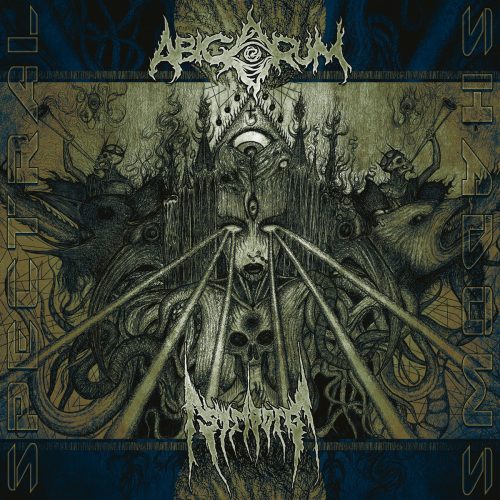 Abigorum is the name of a project from Saint Petersburg, Russia, that produces alchemical reactions using ingredients drawn from ambient music, black metal, and doom. It’s the creation of Aleksey Korolyov, who is also the label boss of Satanath Records and the founder of the ambient formation Satanath. Abigorum’s newest output, which is set for release on November 6th, is a split named Spectral Shadows with the long-running Australian project Striborg, whose music has evolved over time and now merits the label “blackwave”. From that split we present the premiere of “The Darkness of Aeon“. END_OF_DOCUMENT_TOKEN_TO_BE_REPLACED