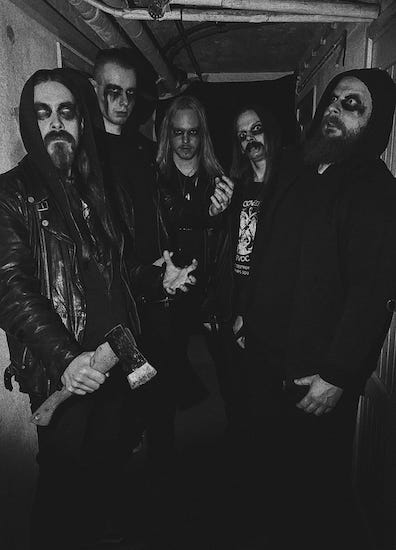 (The debut album from Finland’s Licht des Urteils is set for imminent release by Purity Through Fire on November 4th, and to help herald its arrival Comrade Aleks conducted the following interview.)

Licht des Urteils are based in Tampere, Finland. This blasphemous sect has been active since 2019, and for three years they accumulated dark energies from their environment in order to put it all in their first full-length, Uhraamo. They sound evil and dangerous, just as real black metal should be. Licht des Urteils do their dirty job without compromises or doubts, as Flames shouldn’t cease and the Cult shouldn’t die.

But well, enough of empty words, as at the end of the day it’s all about Death and Satan.

Hi Licht des Urteils! How are you? What’s going on in your camp?

Majestic hails! We are playing gigs and working on new material while waiting for the debut album to be released, since the material was recorded a couple years ago.

Really? Was it a problem to find a label or did you polish it so long?

There was no problem to find a label, the release process just took a long time for various reasons. 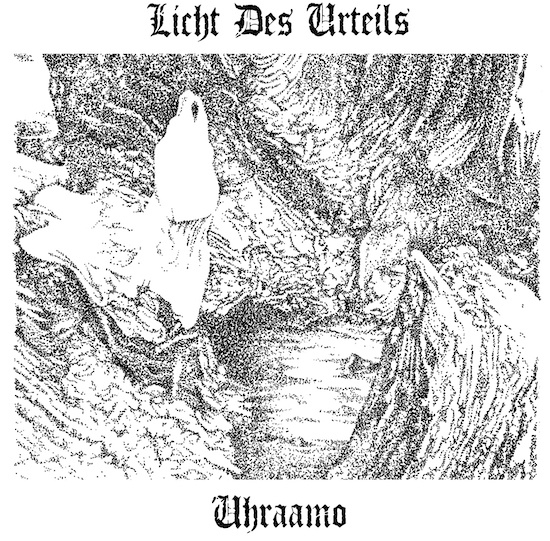 Speaking about the new material which you are already working on – do you plan to keep it in the same vein as your debut album? Or do you want to try something new?

There are still some same elements but more MÄDNESS.

The band was born in 2019, but I see that you got a stable lineup only around 2020. Did the quarantine help you to focus on music somehow?

Yes, we have the lineup together now after some changes. The pandemic or any other aspect of the consensus reality has nothing to do with this band.

What was your primary intention when you started the band? What kind of concept did you have in your mind?

The concept of the band is the very concept of black metal itself, praising Satan.

What did lead you to this conclusion? Nowadays black metal has many forms.

Black metal can take many forms, but in our view the core idea of black metal is satanism. Of course satanism is a large concept but that gives us the possibility to explore many ideas, phenomena, and themes.

Finnish black metal was always represented by really few bands, and there aren’t many of those who have endured since the ’90s. The Devil’s Cradle book proves it. As Finnish pagan metal seems to be a more special phenomenon. So… what did I want to ask you?… The album’s press release points out that you play “traditional Finnish black metal”, so how much of that is in Licht des Urteils?

How do you see the traditional Finnish sound?

Depends a lot on the band, but generally people probably think of it as quite melodic, bleak, and dreary. It has definitely influenced us. We have grown in it, but we feel like we need more than repeating that sound to express our ideas.

Your first full-length album Uhraamo should be released on the 4th of November. What did you aim to manifest through this material?

Pure sonic filth for the glory of Satan…

There are two titles in Finnish in Uhraamo‘s song list. What are these songs about?

You’re located in Tampere, not far away from the Russian border, which is locked from the Finnish side now. Don’t you feel an urge to pay some attention to classic themes like the Winter War?

No. There are much more interesting and appropriate themes for our music.

I’m intrigued with the “Color Out of Space” song title too. Why did you choose this particular Lovecraft story for your song? Which of its elements did you want to express?

The Lovecraftian story is merely an inspiration for the song, not a retelling of the story. The elements of cosmic horror, cosmology, and the origin of our existence are the main themes of the song. The lyrics are a representation of the horrors human existence entails.

Are you meaning that the song’s lyrics have nothing common with Lovecraft?

Just the imagery and the feelings and ideas it evokes in us.

And what about “World Eater”? Are you into blood-for-the-blood-god stuff?

Not sure what you mean by that, but we are interested in satanism, occultism, and philosophy. We like to explore obscure ideas and concepts. The song is about self-induced apocalypse.

Oh, World Eaters is the order of bloodthirsty demon-worshippers in the Warhammer 40.000 universe, you know?

Sorry, we didn’t get the reference. It seems that we are not. 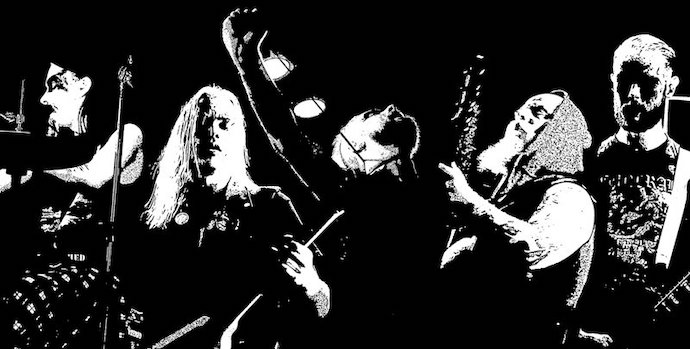 Well, what else? Gigs probably… Do you see Licht des Urteils as a studio project or do you aim to play your heresies live?

Definitely not just a studio project. We aim to play more gigs in the future.

Where did you already play?

Okay, last question then. What are your ambitions regarding Licht des Urteils’ future?

To make more music for the devil.

One Response to “AN NCS INTERVIEW: LICHT DES URTEILS”