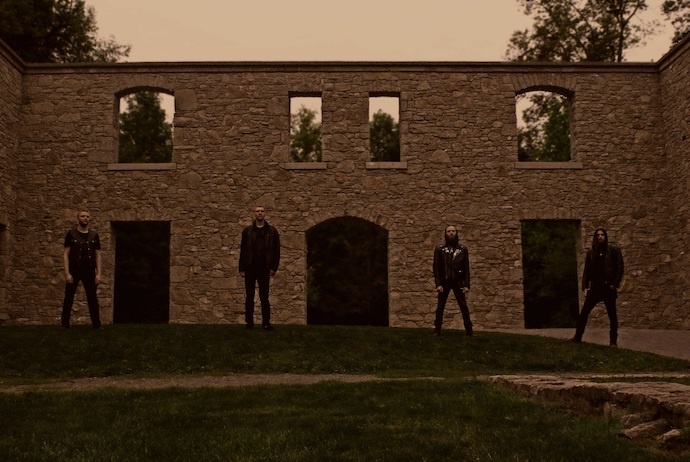 Four years ago the mere name of this Toronto-based band seized our attention. An unusual name, A Flock Named Murder, and one that seemed to draw upon the wonderful collective appellation for an assembly of crows, it also sent sinister messages. Other messages that accompanied the announcement of their debut album An Appointed Time also added to the intrigue and the interest — references to the musical influence of such groups as Agalloch, Neurosis, Cult Of Luna, The Ruins Of Beverast, and Immolation.

Happily, after all that, the music presented through that first full-length turned out to be exceptionally good, and it got a fair share of acclaim among fans and scribblers like us. Even four years later we have no hesitancy recommending An Appointed Time. It is well worth tracking down (here, to make it easy), if you haven’t heard it.

Four years can be a long wait for something new after a debut, especially when you enjoy a debut so fervently. Happily, the wait is over, because A Flock Named Murder have recorded a new single — one that we’re premiering today in sync with its release — and they’ve disclosed that they’re at work on another album. 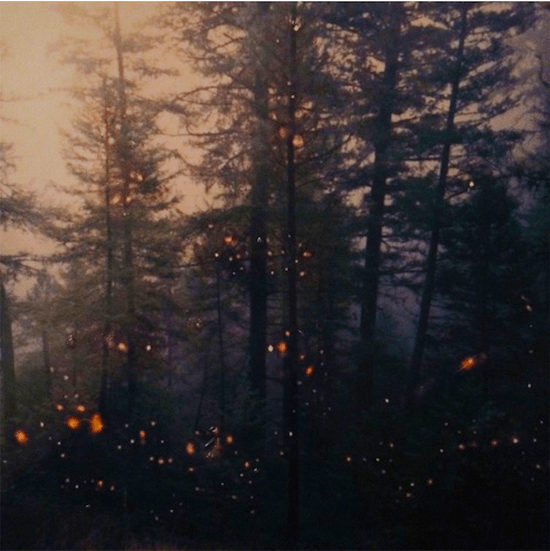 The name of the new single is “Garden of Embers“. Lyrically, the song presents a post-apocalyptic tragedy that explores themes of personal desolation. As the band write, “It embodies a stark reflection of physical death in things we hold dear, giving way to death of the self, but as more of a dissolution than a rebirth”. They’ve also provided this comment about the music:

“Garden Of Embers” is as musically elaborate as it is emotionally dramatic. It weaves and balances complex counterpoint melodies and shifting instrumental dynamics with moments of heaviness, grit, and ferocity. It is somber and then uplifting, before concluding as a story of tragedy. It’s both ethereal and crushing; exuberant in its delivery while powerful in its presentation. It’s a song that will pull you in, and won’t let you go until it decides it’s done – and when that happens, you won’t forget what it did to you.

Sometimes, maybe most times, it’s difficult for anyone to be objective about something they’ve devoted a lot of effort to creating. But in this case the band’s comments are accurate. “Garden of Embers” is a long song, allowing significant room for A Flock Named Murder to create an experience that is indeed elaborate and powerful, descending into emotional valleys and rising to peaks of intensity while not losing the thread of the song’s harrowing and often punishing narrative.

The almost mystical ring of the guitar makes the music seem wistful, musing, and mesmerizing at first, but like embers given air, the song slowly begins to ignite. The heaviness of the bass rears its head and the drums tumble, the guitars begin to seethe and seem more yearning and then distraught, and the screamed vocals are shattering.

The fevers and turbulence in the music crest in striking fashion. The mercurial maneuvers of the guitars and bass seize attention, but there’s a rippling and writhing riff that burrows deeper into the head as it comes, goes, and returns. The experience becomes sweeping in its panoramic scale, but confusion and anguish come through in the wailing of the guitar and the wild cries of the vocals as well, feelings that hit hard even as the rhythm section put on an electrifying show.

Indeed, the whole song is electrifying, and completely immersive. There’s an extended guitar solo near the end that’s somehow both heart-breaking and spectacular, a magnificent and ultimately inspiring passage that provides the track’s true crescendo before its softer, sadder, but still beguiling conclusion.

And so “Garden of Embers” isn’t just a way to fill a silence for fans of AFNM, but a significant accomplishment standing alone and a striking reminder of how easy it is to get lost in what they’re capable of doing.

“Garden of Embers” was produced, mixed, and mastered by Roland Rodas at Cavern Of Echoes Studios, and the cover art was created by Ilyse Krivel and Bryan Bray. It will be available today on all major streaming services.

No Responses to “AN NCS PREMIERE: A FLOCK NAMED MURDER — “GARDEN OF EMBERS””