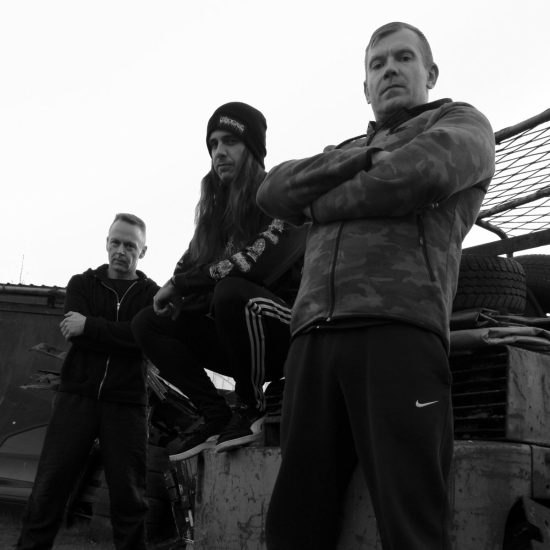 Today we’ve already presented Andy‘s last SYNN REPORT of 2022, but I also wanted to throw at you one last round-up of new songs, especially because new metal has continued to drop throughout this last odd week between Christmas and New Year’s Eve – a time when some people kept working and others took time off, when some people reflected on the events of 2022 and others just wished the fucking thing would end, in the hope that turning the page would bring improvements.

The title of this post is literally true. Everything I chose to recommend was something I listened to for the first time this morning. I also thought it would be fitting to focus exclusively on music that emerged just this past week.

Before I forget, I also want to take this opportunity to thank everyone, both our writers and our visitors, for sticking with us in 2022. Please stay safe tonight, whatever you choose to do. We need you back with us in 2023. Hollering into a void is a less appealing prospect than hollering at people who are paying attention and might find some rays of light (and abyssal pits) in the music we’ll be yelling about. I won’t wish you a Happy New Year yet. I’ll do that tomorrow, in our first post of 2023. 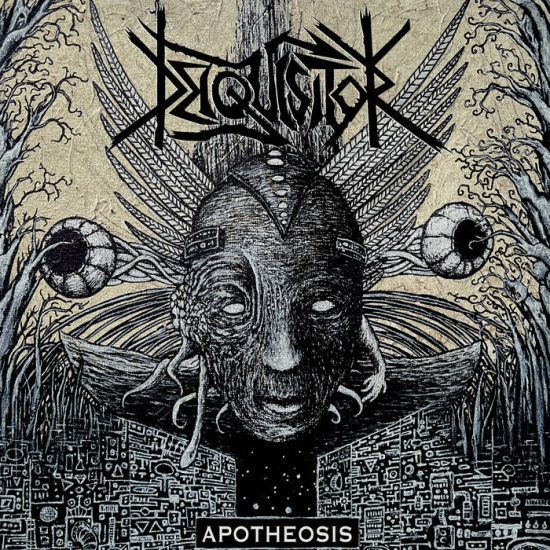 I decided to lead off with a monster of a track off this Danish band’s new album Apotheosis. The blistering and carpet-bombing drum performance in “Humanoid” (which shares the name of the band’s last release in early 2021) is worth the time all by itself, but in addition to that electrifying percussive riot you’ll get dismal and diseased down-tuned riffing that cuts like circle saws, burrow like maggots, hammers like pile-drivers, and darts about like some alien mechanoid that’s lost its mind, plus gut-roiling bass lines, maniacally squirming and screaming solo work, and ravenous, imperious growls.

It’s a fierce and frightening onslaught — but with a startling finale that I won’t spoil with words. The new album will be released on January 20th in a multitude of formats by Extremely Rotten Productions and Night Shroud Records. 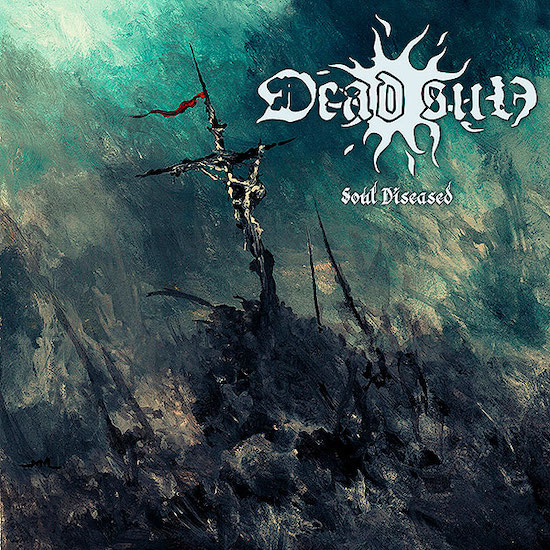 Next up I’ve chosen the title song from Soul Diseased, the forthcoming seventh album from Rogga Johansson‘s Dead Sun project. I think Rogga does everything on the new record except for the drumming, which is handled by his frequent ally Jon Rudin.

How Rogga decides which songs to allocate to which of his many projects might be a good subject for an extended study, but it’s certainly not a task I’d ever attempt. I’ll just say that “Soul Diseased‘ despite its title, is a romping and rocking track, with riffing and swirling leads that seem to dance, and a solo that goes off like a fiery flickering torch in a high wind.

Of course, Rogga‘s voice is a bellowing beast that growls from a gravel-choked throat, and the low end sounds like an earthquake in progress, but there’s something about the song that brings a feeling of brazen uplift as well as menace, and is more in the vein of melodic death metal than some of the other projects. Also, catchy as hell.

Soul Diseased will be released on February 2nd by Xtreem Music. It was mixed and mastered by Håkan Stuvemark (WOMBBATH), and it contains some guitar solos from him as well as Ludvig Johansson (CONSUMPTION). The cover art was created by Felipe Mora.

Both Rennie from starkweather (who has a Substack newsletter that’s become a great source of new discoveries for me and many others) and my friend Miloš from Serbia have been generous to me in recommending new music for yet another year, and it happened that within the last 24 hours both of them pointed me to a one-person band who is from China (Metal-Archives identifies that person as Liu Zhenyang) but has taken a Greek name (rendered “hoplites” in English) which refers to the heavily armored citizen-soldiers of the ancient Greek city-states, known for going into battle in phalanx formations with their spears and massive shields.

The name of Ὁπλίτης‘s debut album, which is streaming now but officially set for release tomorrow, is Ψευδομένη, a word that seems to refer to lying and fakery. The text on the album’s Bandcamp page (as well as the song titles) is also in Greek, and although Google Translate’s rendition of it into English is intriguing, it also seems to lose things in translation.

As for the music, there are 9 tracks here, and all together they create a hell of a trip, best experienced by starting from the beginning — and the beginning is a sonic shock-wave named “Δημήτηρ“. It has its grim and desperate moments, but the inhumanly fast drum assaults, the berserk fretwork paroxysms, and the unhinged screaming are explosive and crazed enough to suck the air from your lungs.

From there, the hammering and the harrowing continue without many breaks until you reach the nightmarish spookiness of the closing track. The music is dense and intricate, with lots of rapidly moving parts and a multitude of tones (many of them dissonant, discordant, and seemingly microtonal) that display impressive technical flair in service of an absolutely wild approach to songwriting. It’s over the top in its violent and incendiary extravagance, but you’ll also notice wisps of melody in the midst of these cyclonic war zones that channel not only delirium in various forms but also desolation and agony (not to mention the appearance of a tortured celestial choir in the penultimate track).

As generally mad as the music is, some of the peculiar motifs also find a hand-hold in the listener’s head. A prime example of that is the exotic, hallucinatory, head-twisting weirdness and wonder of “Ὁ τῶν δακρύων ψεῦδος“, which is one of many places on the album where Ὁπλίτης vividly demonstrates avant-garde interests that go well beyond portrayals of madhouse mayhem and world-ending ruination. And on the other hand, the pulse of a song like “Μάντις” is so damned potent that it may cause your head to pump like a piston.

The whole album is a spectacular genre-mangling adventure, just one gasp-inducing wonder after another. Have your supplemental oxygen supply and a psychotherapist handy for this one. 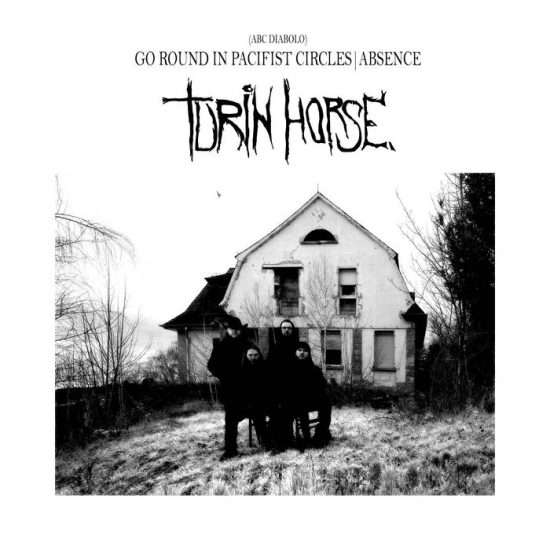 Until delving into this next track I didn’t know about ABC Diablo. A bit of researching revealed that they were a German Hardcore band from Saarbrücken, formed in 1990 and disbanded in 1995. Their music means something to the blackened doom and sludge band Turin Horse, because Turin Horse just released their cover of a pair of ABC Diablo songs — “Go Round In Pacifist Circles” and “Absence“.

The covers are mashed together into a single track. I’ve now listened to the originals, and they’re killer. So is the combined cover, which creates the same shattering juxtaposition as listening to the originals back-to-back.

It begins with the same or very similar introductory segment that opens the original version of “Go Round In Pacifist Circles” and then the riffing begins to brawl and blaze over a martial snare tattoo. After a bridge that sounds like a fanfare, the punk comes out even more, and the vocalist brays in a raw rage.

When the band segue into the second song, things get orders of magnitude more bleak and harrowing. The vocals are still as raw as a sucking chest wound, but the song lumbers and stomps like a leviathan across a desolate plain, and the guitars moan and scream in wretchedness — and then the band kick into romping gear again, careening off the walls but segmenting the feral wildness with brutish hammer blows. 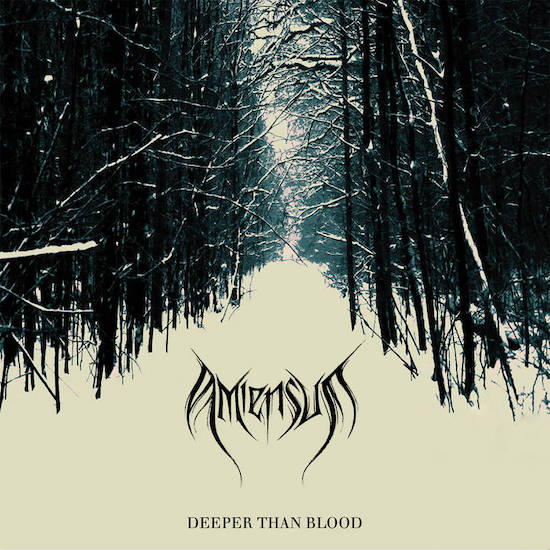 At NCS we’ve had a long and happy history with Minnesota’s Amiensus, and so I thought it would be appropriate to conclude this final round-up of 2022 by circling back to them again.

Amiensus decided to draw the curtain on 2022 by re-recording “Deeper Than Blood“, a song from their debut album Restoration (released exactly 10 years ago and reviewed here). The re-recording features the band’s current line-up, which shares only two members (vocalist/guitarist James Benson and vocalist Aaron McKinney) from the group that recorded Restoration.

The new version of the song, which was damned good in its original form, is just spectacular, and a very good way of straddling this crease between the old year and the new one.

It’s titanically heavy and also blasts like automatic weaponry, and the harsh vocals are frightening in their intensity, but the darting fretwork and keys, the panoramic synths, and the spine-tingling singing swell the heart. There’s a feeling of fierce resilience in the music and irrepressible spirit in the eye-popping drumwork, and the soloing is both soulful (and sax-like), and fire-bright in its splendor.

There are also feelings of remembrance, sorrow, and longing in the melodies, which is one reason it seemed like a good final song to recommend as this year draws to an end and we look ahead to a new turn of the calendar.