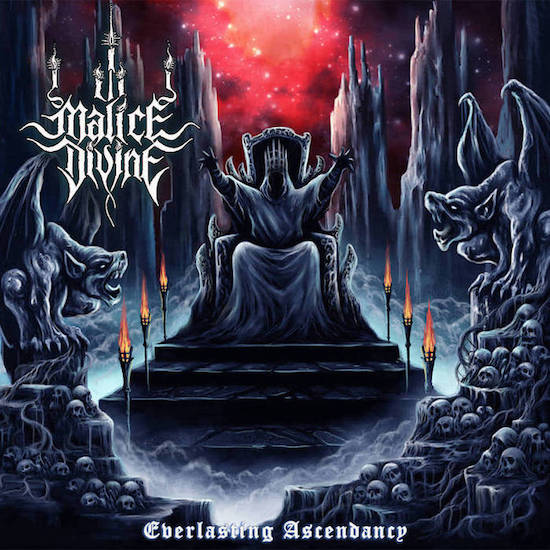 Slaves of shred will have another reason to bow down in 2023 because Toronto-based Malice Divine will be releasing their second album Everlasting Ascendancy on January 27th.

As lots of people already know, the man behind this project — Ric Galvez — has made a name for himself as a guitar virtuoso, and if anything, he elevates his skill to even greater heights on Everlasting Ascendancy. But as the album’s title track that we’re premiering today (through a lyric video) demonstrates quite convincingly, the songs aren’t just excuses to show off, but are instead well-crafted pieces that display dynamism, inspiring melodies, and the kind of hard-charging ferocity that creates primal reactions. 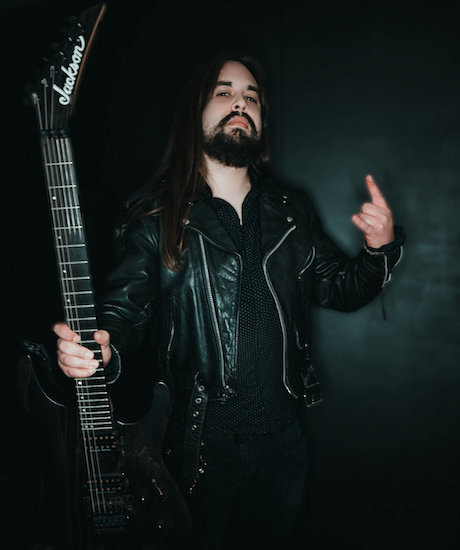 The title song wastes no time kicking the listeners’ pulse into high gear, fueled by a high-speed fire-bright riff that blazes and darts, backed by a turbocharged, skull-busting drum attack and ravenous vampire vocals. And as if all that weren’t glorious enough (and it really is glorious), fluid guitar leads and shred-tastic soloing spiral up and out in sensations of unearthly ecstasy.

There’s fight in the words, and expressions of resilience and determination, and that feeling of unbounded striving continues charging through the music, but blasting drums and the whir of tremolo’d riffing creates a different mood, one that’s more grim and cruel, and when the drums vanish, the ringing guitars and another solo bring in feelings of sorrow. But the mood elevates again as that solo turns into into a fleet-fingered spectacle of sound.

From there to the song’s finale, Malice Divine puts on one display of delirious guitar virtuosity after another, backed by pulse-pounding heavy metal riffage and off-the-hook drumming (credit to session rummer Dylan Gowan (Vesperia, Banger TV)) — but again leavened by assaults of grim ferocity and expressions of anguish. As for that finale, it’s a sublime, ringing acoustic classical guitar instrumental with an almost medieval cast that reveals a different side of Galvez‘s guitar interests and talents.

“I am incredibly excited to finally have the sophomore Malice Divine album “Everlasting Ascendancy” released into the world! With this album, I am aiming to have the listener feel empowered and inspired to go after what they want in life and not settle for less. I poured my heart and soul into this album, which will be apparent both musically and lyrically.

“Despite the music obviously being extreme metal, that doesn’t stop me from writing about very personal matters. A lot of the songs on this album have complex song structures, but there is also a lot of catchiness and melody to make this album a very memorable listen, nonetheless. All in all, I am incredibly proud of this album, and I can’t wait for everyone to hear it!”

Everlasting Ascendancy comes recommended for fans of Dissection, Immortal, Skeletonwitch, and Watain, and you can pre-save and pre-order it now. Below, you can also check out the exhilarating first single from the album, “Silenced Judgement“, along with an eye-popping playthrough video for the song.

We’re also happy to report that Malice Divine is also currently transitioning from being a solo project into being a band effort, and is set to start performing live in 2023.